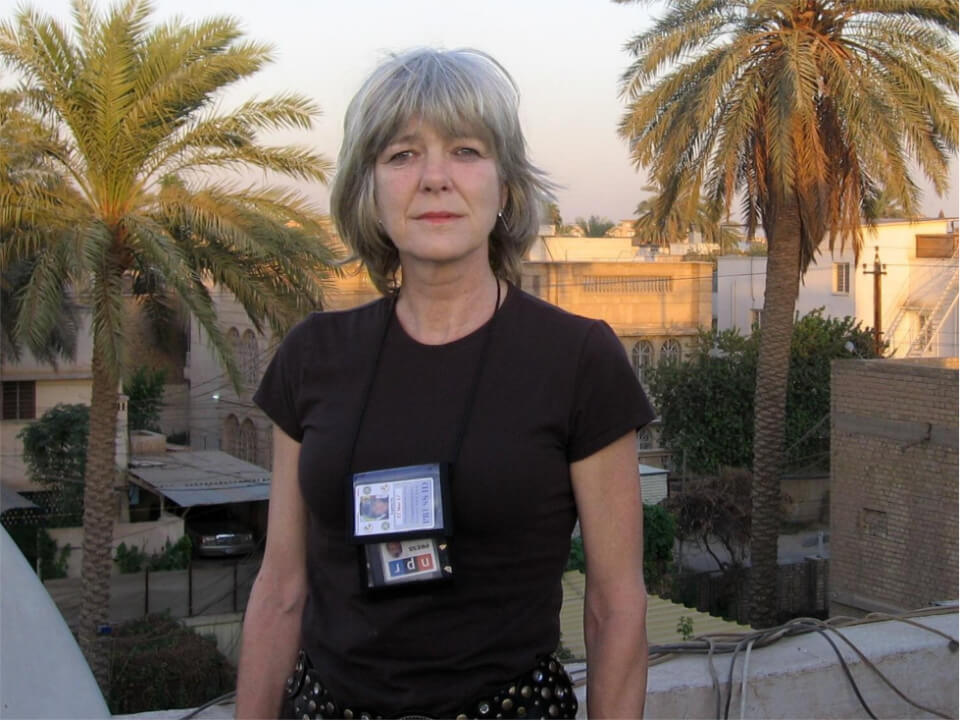 Anne Garrels, also known as Anne Longworth Garrels was an American-based broadcast journalist and correspondent. She worked for National Public Radio, ABC News, and the National Broadcasting Company (NBC). In 2003, She became famous for being the only American journalist to report from Baghdad during the U.S. “shock and awe” bombing campaign.

Anne Garrels was born on 2nd July 1951 in Springfield, Massachusetts. In her early childhood, she was raised by her parents in  London. Her father, John C. Garrels Jr., worked as an executive for the American agrochemical and agricultural biotechnology corporation, Monsanto Company, and her mother was Valarie S. Garrels who passed away when Anne was 25. She had two older siblings. Anne completed her schooling at the independent girls’ school, St Catherine’s School. After her schooling, she joined Middlebury College, a private liberal arts college in Middlebury but later transferred to the women’s liberal arts college in Cambridge, Radcliffe College of Harvard University. She graduated in Russian in 1972.

Garrels was a fearless and brave reporter. She started her journalism journey in 1975 when she got the job at a research position at ABC network. She served in several positions including Moscow Bureau Chief and Correspondent. From 1984-1985, she worked as Central American Bureau Chief and in 1985, she moved to Washington, D.C. where she took the position of State Department Correspondent at NBC News. In 1988, she joined NPR and started reporting on conflicts in various nations. In 2003, she stayed and reported live from Baghdad during the Iraq war.

She was one of the permanent reporters during the November 2004 attack on Fallujah. In the following year, she reported on the January 2005 Iraqi national elections for an interim government, as well as a constitutional referendum. After completing more than a decade at NPR, Anne retired in 2010. Other than being a journalist, she is also an author. After returning from Iraq after reporting the 2003 Iraq war, she published a memoir, Naked in Baghdad, in which she shared the time spent during the invasion and other events. She published her second book, Putin Country: A Journey into the Real Russia with Farrar, Straus, and Giroux in 2016.

Anne got married to J. Vinton Lawrence, who was an artist and U.S. Central Intelligence Agency paramilitary officer. He worked with the Hmong tribesman and the CIA-owned airline Air America. He died from Leukemia in 2016. She did not have her children but managed to maintain a good relationship with her stepdaughters Rebecca Lawrence and Gabrielle Strand. On September 7, 2022, Anne Garrels left the world due to lung cancer at the age of 71.

Anne worked all her life passionately. She stayed in extreme conditions in Chechnya, Bosnia, Kosovo, Afghanistan, Pakistan, Israel, and the West Bank to cover the conflicts. She worked and gained wealth and respect. It is sure that her estimated net worth is $3 million and she established more than a decent lifestyle for herself.