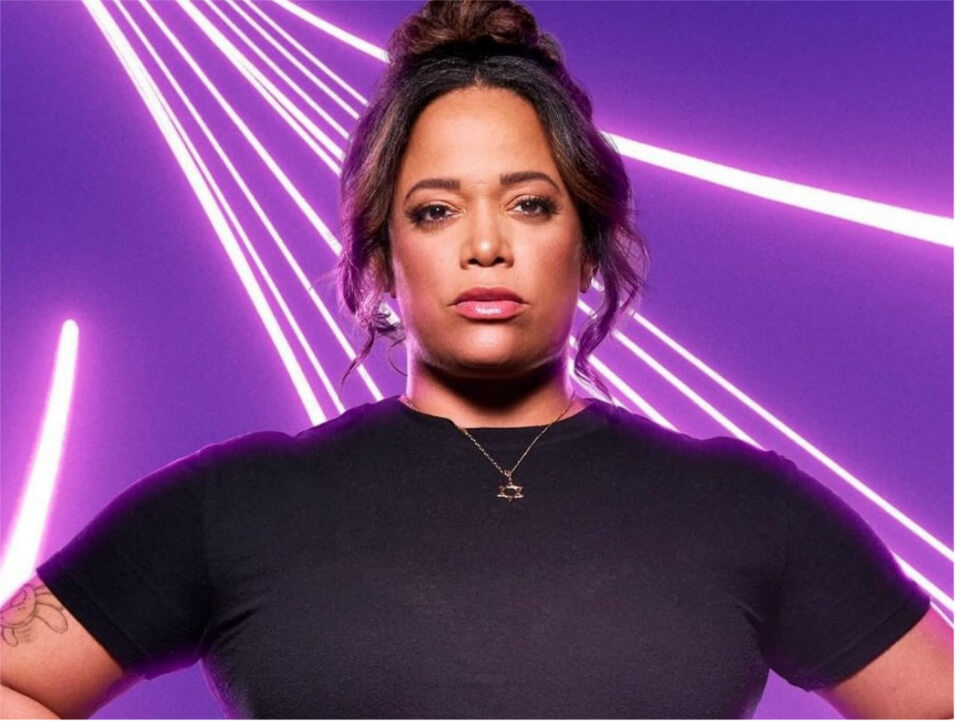 Aneesa Ferreira is an American television personality known for appearing in various reality shows on MTV. She appears on shows that determine the contestant’s physical tenacity based on the extreme challenge. In 2020 on the 36th season of The Challenge: Double agents she returned after taking a few breaks due to injury and personal reasons. She has been part of the MTV show since 2003. In 2022 she has been co-hosting MTV’s official Challenge Podcast.

Aneesa Ferreira was born on 11th September 1981 in Narberth, Pennsylvania, United States. She belongs to mixed ethnicity as her mother is a Russian Polish woman and her father is a Polish man of Trinidadian Portuguese and Italian descent. Along with that, she has a brother whose details have not been shared but it’s seen on her social media. She went to Lower Merion High School which is located in Ardmore, Pennsylvania, to pursue her high school education. Later on, to pursue higher and further studies she went to Montgomery Community College in BlueBell, Pennsylvania. She has not shared the details about the course she pursued at the college.

Aneesa is known for appearing on various reality shows. In 2003 she made an appearance on MTV series named Challenge. The show revolves around contestants who need to compete in numerous missions in order to win prizes and advance in the overall game. She still making appearances on the show. In 2017 she was seen in The Challenge: Champ vs. Stars which was a charitable spin-off series. While she met with an injury, she worked as a Bartender at The Thirsty Soul which is a church-themed bar located in Pennsylvania. Later in 2020, she was seen co-hosting a podcast series named MTV’s Official Challenge Podcast. Next year she made an appearance on The Challenge: All Stars.

Aneesa Ferreira is very bold about her sexuality and has been open about being lesbian/gay. She has been part of the first-ever same-sex pairing in the history of MTV’s competition show. In 2002 she made an appearance on “Real world/ road rules Challenge: Battle of Sexes” with her girlfriend named Rachel Robinson. Later she created a lot of buzz about her former relationship with Veronica Portillo. In season 27 of The Challenge: Battle of the Bloodlines she was seen in a sizzling romance with Cory Wharton which was short-term. She has gone through ups and downs over the years regarding relationships. Now she is being selective about whom to fall for or spend quality time with.

Aneesa has earned a lot in her career by making an appearance on competitive reality shows. She earns around $46,000 per month by appearing in such shows. According to sources her net worth has been estimated at around $1 Million. Some of the other income sources are various brand endorsement deals, podcasts, and making guest appearances at events.