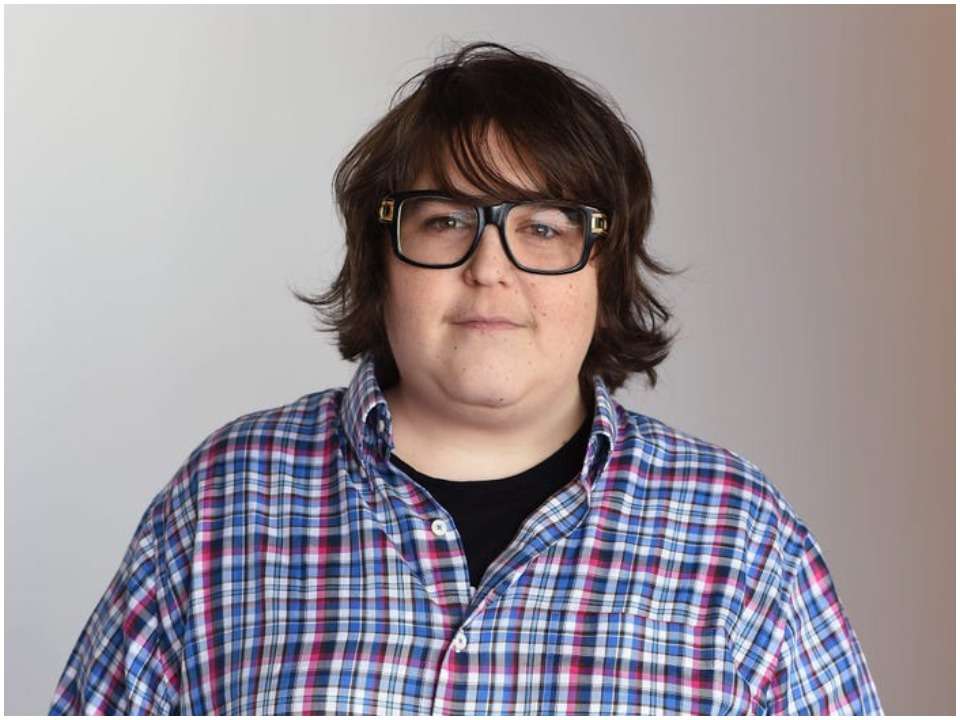 Andy Milonakis is an American personality who is an actor, rapper, comedian, writer, and streamer. He is best known for his work on the most famous show “The Andy Milonakis Show” which was a sketch comedy series aired on MTV and MTV2 from 2005 to 2007. Andy also appeared in some other notable films like Kroll Show, Waiting… and Adventure Time.

Andy was born on 30th January 1976 in Katonah, New York. He was born to a Greek-American family where his father was born in a Greece family. At the time of birth, he was born with a growth hormone deficiency which made him have the appearance and voice of an adolescent. He went to John Jay High School in Lewisboro and turned to be a comedian because of the preemptive defense mechanism.

Milonakis began with rapping songs with his first song called “The Andy Milonakis Rap”. By that time, he was part of Three Loco, a group that included the rap artists Dirt Nasty and Riff Raff but later on 26th September 2014, he announced that the group has broken up. Andy refused to attend the super bowl party as he wanted to record the song “The Super Bowl Is Gay” in 2003. He posted the video on the website named AngryNakedPat.com where it went viral within weeks. Thereafter, a writer from ABC’s news late-night show spotted the video and invited Milonakis to attend the program Jimmy Kimmel Live! At that time Milonakis was working as a tech support staffer in an accounting firm. From 2014 to 2015, Milonakis started hosting a cooking show called “Fat Prince” on the YouTube channel Munchies that was also the part of “Vice” network.

In each of the episodes, Milonakis along with the changing cast of chefs used to combine the less-expensive ingredients with the expensive ingredients making a special meal. In December 2016, Milonakis announced that he would be joining Baited podcast with the YouTubers Anything4views, Keemstar and Colossal Is Crazy. According to the sources of Twitchmetrics (on 26th February 2017), he became the most popularized and fast-growing streamer in the IRL category. He became popular along with the website Twitch at the time. On 30th May 2020, Milonakis commented the most-liked tweet of all the time on Twitter and said congratulations to the Astronauts that left the Earth. In his tweet, he referred to the Crew Dragon Demo-2 launch during the protest of George Floyd and the CVID-19 pandemic.

Andy Milonakis is 45 years old and still unmarried. This has been part of a joke for many especially when it comes to his wedding. From his Facebook, it seems like he had been in contact with many women at different times. In November 2014, Andy visited Japan where he met a lady named Yuka Chan. Yuka Chan also introduced Andy as one of her close friends. Even, the two spent the time together on the eve of Christmas. But it looks like they were having a short time for friendship as they didn’t extend their relationship for a long time and were never spotted again in any event.

Later, in 2015 Andy shared a steamy photo of him with Michael McLean where the lady was topless and Andy’s hands were on her bare thighs. Again, he posted a photo of him along with Jordan Hernandez who is a musician. Finally, he posted a picture with Amber Rose in 2017. The comments on all of his pictures suggested that he was involved in many of his relationships at different times but could not pursue the same for a long time. Since then, Andy seems to be careful about his posts and pictures on Instagram. He started posting comedy, food, and other pictures on his Instagram profile. Concluding, Andy has not been involved in any relationship for the moment.

He has attracted good fortune because of his social media work. The comedian Andy Milonakis is estimated to earn a net worth of around $1.5 million.