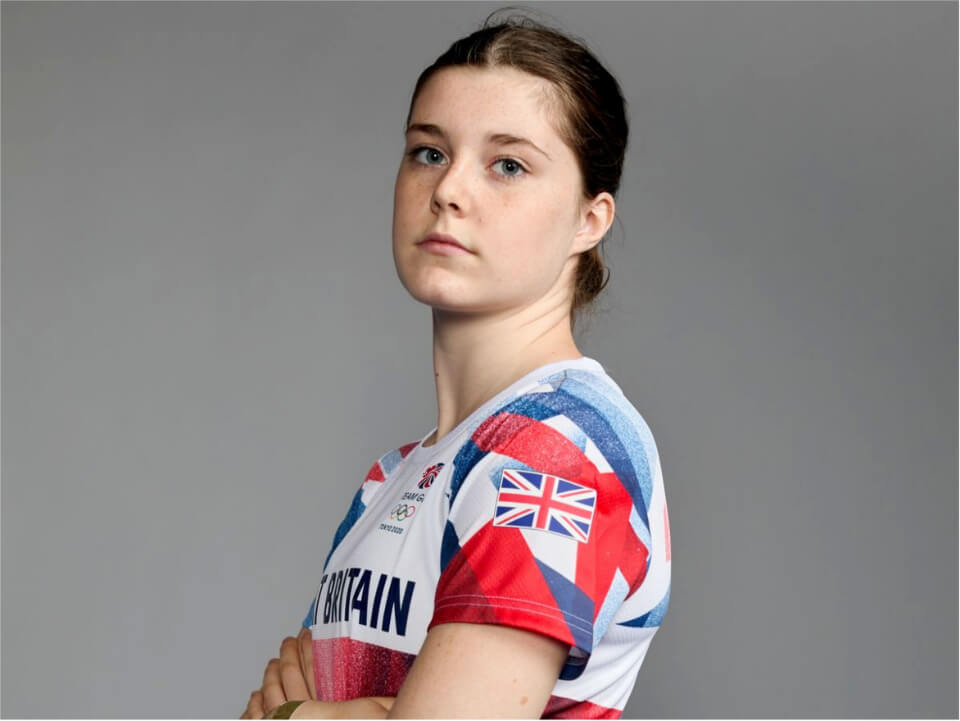 Andrea Spendolini-Sirieix is a 17-year-old popular sports personality based in Britain. She is a professional diver and is known for being selected as BBC Young Sports Personality of the Year 2020. She has also won an international gold medal at the 2020 FINA Diving Grand Prix.

Andrea Spendolini-Sirieix was born on September 11, 2004, in London, England. She has a younger sibling. Her father, Fred Siriex is a famous hotel host and her mother is Alex Spendolini. The couple has parted ways. She is 17 years old and is studying in high school. Any information about her educational background is not known.

Andrea has always been a sports person. She started getting recognized when she won the women’s 10m diving event, at the British Diving Championship in 2018, along with her colleague. They were the only entrants completing five dives. In 2019, at the Junior European Championships, Kazan, she and her partner Emily Martin won the Women’s synchronized diving competition. 2020 proved to be her year as she won a solo gold at the British Diving Championship in the Women’s 10m Platform competition. Later, in the same year, she won her first international gold medal at the FINA Grand Prix in Rostock.

In the same year, she was chosen as the BBC Young Sports Personality of the year. The following year, at the 2020 European Aquatics  Championship, she won a silver medal in the 10m mixed synchro event. Also, she won a bronze medal in the individual 10m platform. This year she won two gold medals, one in the Women’s 10m platform and the Mixed Pairs Synchronised 10m platform with Noah Williams. She also won a silver medal at her first Commonwealth Games in Birmingham in the Women’s Synchronised 10m platform with Eden Cheng. She recently made BBC headlines as she and her partner Lois Toulson won their European Championships’ second gold medal in the women’s synchronized 10m platform.

Andrea is a popular figure on Instagram. She has a verified Instagram account with more than 25k followers. She frequently posts about her events and championships. Andrea also has another Instagram account with over 300+ followers where she posts the photos she takes. She is fond of photography and it is visible in her efforts on her account. She also joined Twitter last year but hasn’t been active on it. Even though she hasn’t posted anything on her account, she still has 300+ followers.

Andrea lives in Britain with her father and her 12-year-old brother Lucien Spendolini-Siriex. Lucien stays away from the media but her sister frequently posts his pictures and videos on Instagram stories. Andrea’s father is her greatest fan and supporter. He is always seen cheering for her in the crowd. Her parents are separated and her father is engaged to her now partner. Other than this, not much information about her personal life is known.

Andrea Spendolini-Sirieix is constantly growing in her career, creating a good amount of wealth for herself. It is estimated that her total net worth is somewhere between $500k-$1M. She also has a share in her father’s wealth, who is in the hotel industry and is also a TV star for a long time now.