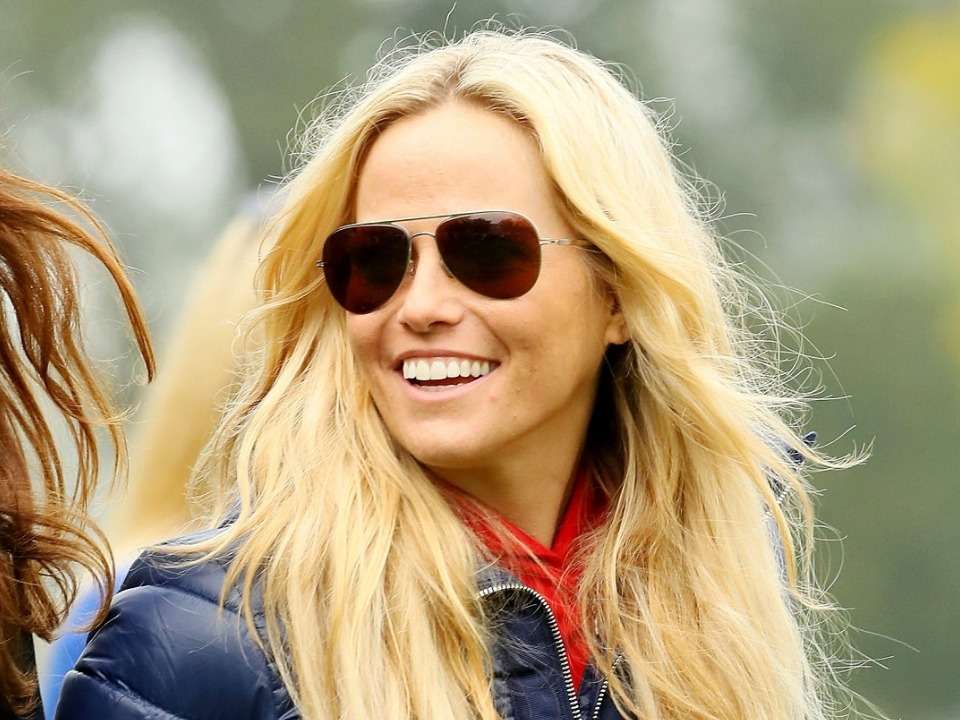 Amy Mickelson is the wife of best-known professional golf player Phil Mickelson. He just became golf’s oldest major winner on 23rd May after winning the 103rd PGA championship. She has been a key part of his life and we can always see her being constant support at his tournaments.

Amy Mickelson was born on January 08, 1972. She was born with the name Amy McBride and graduated from Arizona State University. Mickelson was also a cheerleader on the Phoenix Suns NBA cheerleading team. More details about her aren’t available. Apart from this, despite living in the 21st century, Amy isn’t available on any social media platforms though her husband is. She once said that she prefers to be a mother and loves her life. She doesn’t look like she wants to maintain and show her life to the public.

Amy met Phil Mickelson in 1992 when she was studying at Arizona State University. She was a junior while he was a senior and was about to graduate. They went on their first date on a tennis court and after dating for four years, they decided to tie the knot. On 16 November 1996, they got married. The couple has three kids. Their eldest child was born in 1999, Amanda. Their second child Sophia was born in 2001 and their youngest kid, Evan was born in 2003.

Amy and her husband Phil have gone through thick and thin. While giving birth to their third child, Amy had complications, she ruptured an artery, and Evan, their son, was not breathing for a while. But fortunately, both of them pulled through it. Later in 2009, Amy was diagnosed with breast cancer. And Phil put a hold on his PGA tour to help and stick with her. They showed the literal meaning of ‘to love till death and beyond and to stick through thick and thin’. Amy got lots of love, prayers, and support during that time.

Life with ups and down

When the golf Community got the news of Amy being diagnosed with breast cancer, they sent out heartfelt messages and became a support to their family in their dire need. After an 11-month battle, Amy was declared Cancer free. And she returned back to cheering for her husband at the tournament. And we can even see her kids with her during a few tournaments while she cheers for her husband. They have been together for over three decades now and their love hasn’t diminished even a little bit over the years. Amy was always on hand for her husband’s all tournaments and wins, cheering him on. She was there for his first major win in 2004, second in 2005, and so on. But she was only in there in spirit for his sixth major win due to her suffering from Cancer.

Just like how she shows her support by always being a constant support, Phil always makes sure to show his love by always thanking her for being his constant support. He once said in an interview that she makes his life fulfilling and enriching. He described her as the most charismatic, intelligent, and dynamic woman. Phil also said that Amy’s support means more to him than anything else and that he is incredibly lucky to have her.

After winning the Wanamaker Trophy, her husband went to the mic and said that he is so thankful to her and her support and he wouldn’t be there if it weren’t for her love and belief. They clearly are still so in love with each other. We all can clearly witness their love for each other in the clips and interviews. Amy got her happily ever after and a really great love story that everyone would want for themselves.

Amy is also a social activist. And after her battle with breast cancer, she became heavily involved in fundraising programs for breast cancer patients and raising awareness. Amy and her husband Phil also started a teaching sponsorship fund under the company ExxonMobil. In addition, Amy Mickelson also organizes awareness programs to elevate the monetary fund. Amy and her husband also set up the Phil and Amy Mickelson Foundation in 2004. Their objectives were to give support to youths and families through various initiatives. They also raised money for military charities. And later a relief fund for those affected by Hurricane Harvey.

The exact details about her net worth aren’t available. Her income or source of income also isn’t disclosed with the media. But it is speculated that her net worth is around $1.5 million. But the amount can be more than this as her husband is one of the wealthy golfers in history.