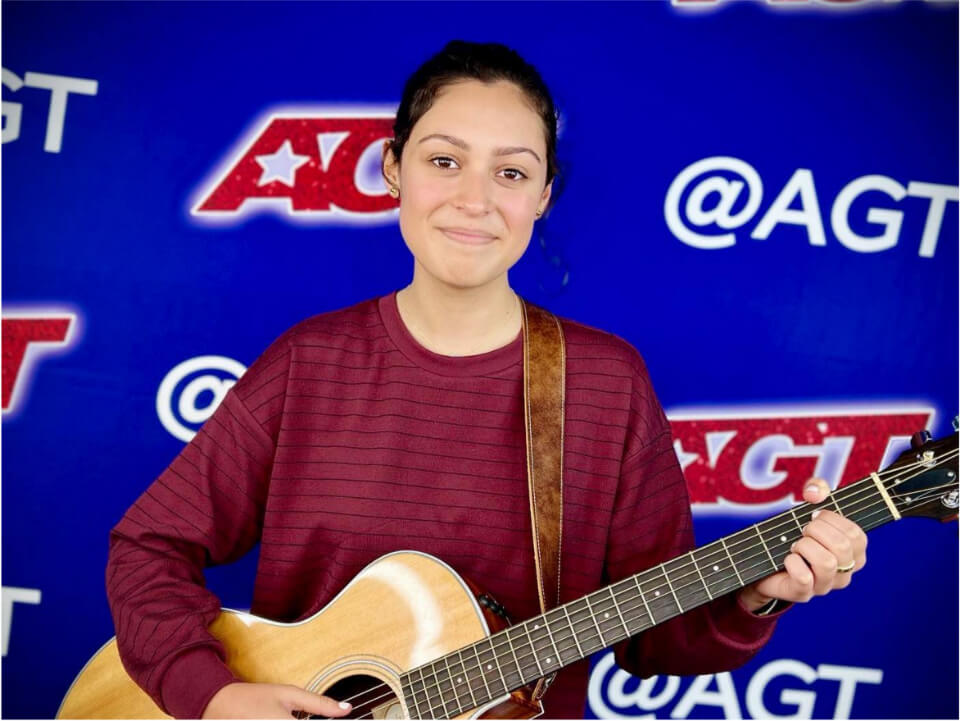 Amanda Mammana is yet another hidden gem that has just been discovered on the stage of AGT. On the show dated back to 19th July 2022, there was one female teenage contestant who took her guitar and sang her original song. Amanda took the stage and said that she chose her original song to give a glimpse of her talent. She also explained that she was once going through a hard time and if she could go back and change the things, she would never be able to do that because it was all that made her what she stands with today in her hands.

After singing the complete song, the judges gave her a standing ovation and Amanda admitted that when she was a kid she never thought that she would ever be able to do this. The judges including Sofia Vergara and Heidi Klum tear up after listening to Amanda’s emotional performance. Sofia told Amanda that the first thought she got in her mind was “it was so authentic”. She thanked her for her performance and the guts she showed on the stage by following her heart.

Amanda Mammana says that she belongs to Trumbull, Connecticut. She is a student and only 19 years old and is studying at Liberty University, according to her LinkedIn profile. Also, she is studying a major subject in music production. Amanda Mammana is a musician and as per her website, she says that she was only 10 years old when she first discovered that she had developed a speech impediment. This made her shy and insecure about her personality.

She did not lose her heart and the first thing she developed in her mind was to practice singing and guitar. She says that after finding herself playing the guitar and able to sing beautifully, she started having security for her future. Amanda regards music as a “safe place” and she continued to practice her art. She was in 7th grade when she joined the school’s worship band and later, she started going on to her church worship band.

Soon, music became the way for her to express herself. As she was getting older, she started battling her insecurities and self-doubt. She started feeling embarrassed after knowing that her voice doesn’t matter. Because of this, she started picking songwriting and started expressing herself after her hard fight with anxiety and depression. She started finding fun in singing and there was nothing more important to her rather than expressing herself in the form of writing songs. Amanda explains on her website that she was able to take the pain and was simultaneously able to convert it into something beautiful and real.

She had to struggle a lot and because of that, she was advised to write songs about human conditions. Amanda says that everyone faces trials and tribulations but music is one of the power catalysts that changes everything into a positive and the words fail when music speaks. Mammana is also available on the YouTube channel, where she often posts her videos and passion for music. She is available with her real name @Amanda Mammana. Amanda joined the platform back in 2015 and is currently the holder of 9,365 views and 197 subscribers. She has boosted her positivity on the stage of AGT and you can also enjoy her song available with the title “Your Love”.

Amanda Mammana is only 19 years old. She has not made any commitment on the stage of AGT or any comment on her past romantic relationships or even something related to her family. The only thing that she says is that she gets the boost while she sings and plays guitar.

For fun and the purpose of showing her musical talent to the public, Amanda Mammana has developed her YouTube channel and has been available on social media since 2015. Surely, she would be earning good because of her stable family background but for now, she is a student and committed to a university where she is pursuing her music education.