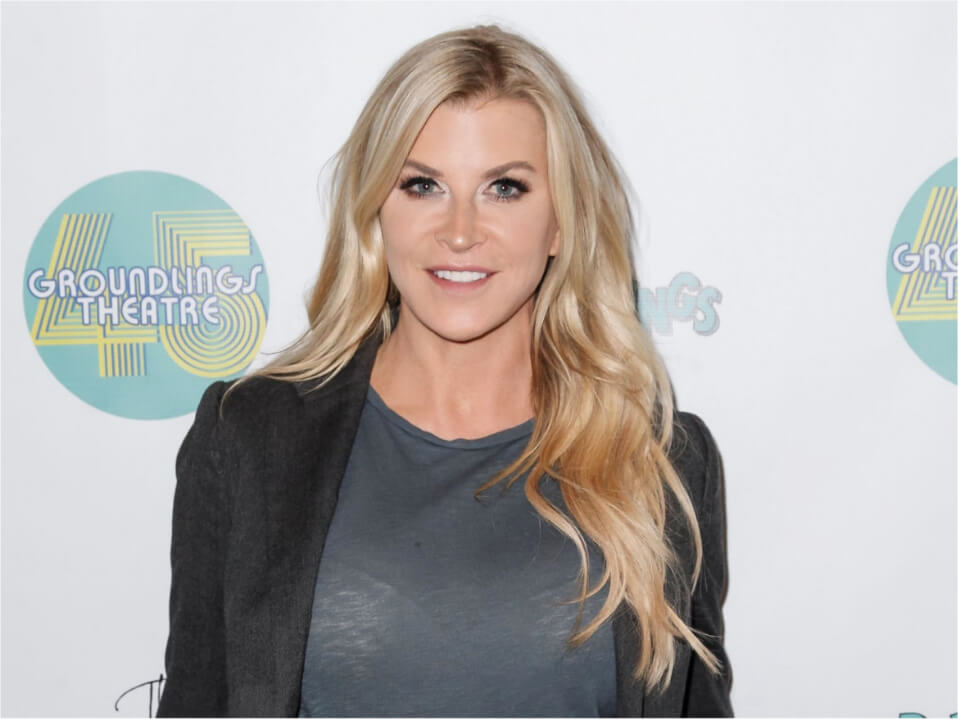 Allison Dunbar is an American actress who gained notoriety after appearing in some of the famous productions in Hollywood. She is primarily known for her works in StartUp, Quick Draw, 2 Broke Girls, The Sopranos, Modern Family, and many other TV series and Movies. Recently in 2022, she tied a wedding knot with Ron Perlman who is 72 years old at a romantic Italian getaway.

Allison started her career as an actor in the entertainment industry. In 1994 she was seen in a TV series named Law & Order. Later after two years, she was seen working as a bartender in Wings. Next year she worked on many TV series projects like Cybill, Silk Stalkings, Renegade, Hangin’ with Mr. Cooper, Mike Hammer, Private Eye, and Pacific Blue. From 1998 to 2010 she was seen working on various TV series or TV movie projects. The projects were titled Diagnosis Murder, Body Shots, The Convent, Time of her time, Daybreak, CSI: Crime Scene Investigation, Strip Mall, Falcon Down, Arc, Dr. Vegas, Drake & Josh, The Inside, Barbershop, Criminal Minds, Bones, Cold Case, Shark, The Sopranos, Fetch, The Anna Nicole Smith Story, The Gene Generation, 10 Item or Less, The Middleman; Denial, Anger, Bargaining, Depression, Acceptance, Castle and Sheltered.

From 2011 to 20219, she worked on various projects such as A Guys Walks into a Bar, Rizzoli & Isles, Hazelnut, 2 Broke Girls, Quick Draw, The Mentalist, Angie Tribeca, Modern Family, Famous in Love, Nobodies, The Other side, Crazy Ex-girlfriend, Startup, Flashout, Single Parents, The Donors, Yellowstone and Mike Tyson Mysteries. In 2020 she was seen in projects like The F**k- It List, Browse, Tacoma FD, The Opening Act, and Film Fest, Next year she was seen in TV series called Dave as Sherry. Later in 2022, she was seen in a TV series named For All Kinds as Jenna Leigh, and one of the TV movie projects named Classified where she is seen as Kitty Rash has been postponed. Along with that some more projects have been postponed named Maggie Moore(S) as Stephanie and The Last Saturday Night as Ana.

Allison Dunbar was previously married to Sean O’ Donnell. Sean was a Boston Bruins defenseman and the duo met while the team was playing for the Los Angeles Kings. They tied the wedding knot in 2001 at a close and intimate wedding ceremony. Together they also have a daughter named Ernie. Later they parted their ways but the details about the same have not been shared with the media yet. Allison remained in a romantic relationship with Ron Perlman for quite a while before marrying. They have been spotted many times in public getting cozy and sharing kisses and in June 2022 she married Ron at an Italian Getaway. The intimated ceremony took place at Francis Ford Coppola’s property Palazzo Margherita in Bernalda, Southern Italy.

Allison Dunbar has earned a lot in her career by working in the entertainment industry. She was seen working on more than 25 projects and also some of her work was globally recognized. The details about her salary have not been shared with the media yet. According to sources her net worth has been estimated at around $500,000. She might also earn through various brand endorsement deals.