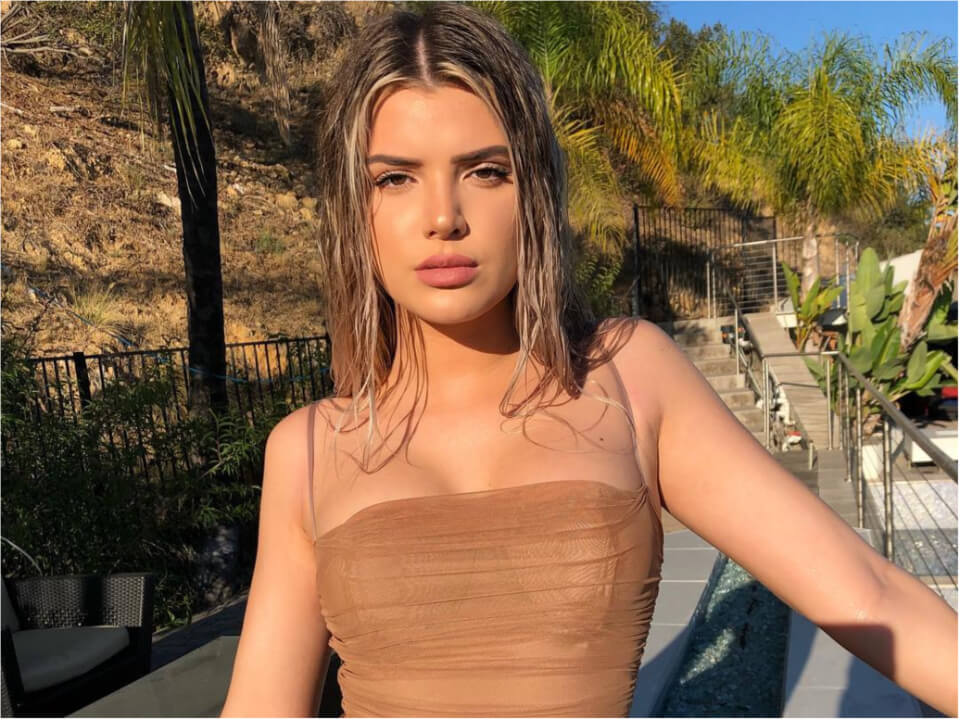 Alissa Violet is an American model, dancer, influencer, social media star, and YouTuber from Ohio, United States. She rose to fame because of her content on the video streaming platform vine. She was a member of Team 10 but then later in 2017 joined CloutGang.

Alissa Violet or also known as Alissa Violet-Marie Butler was born on June 12, 1996, in Brunswick, Ohio, United States. The details about her parents are not known but she has two brothers with whom she grew up in her hometown of Brunswick. Alissa completed her high school level education at Brunswick High School in 2014. The details of her further education have not been published by Alissa. From a young age, Alissa was much interested in modeling and acting and wanted to pursue them professionally. While she was in high school, she met the famous Paul brothers, Jake and Logan Paul who asked Alissa to move to Los Angeles. Eventually, she did and started to build her online presence.

After agreeing to the terms of Paul Brothers, Alissa moved to Los Angeles and worked on her content creation. In 2013 she started her Instagram and Vine accounts, where she started to post pictures and videos. Around the same time, she even signed her modeling contract with an LA-based agency, Next Models, and thus began her modeling career. It was in 2015, she regularly posted and was active. Alissa managed to gain a decent number of followers as she collaborated with Vine stars such as Jake Paul, Logan Paul, and Piques. She was also seen on the red carpet for the premiere of Natural Born Pranksters, this marked her first appearance on the red carpet. Alissa made her television debut in 2016, with the thriller series The Deleted as Kylie. And recently in 2019 also appeared as Veronica in the series Infected: The Dawning.

In 2017 she joined the web group named Team 10, along with Tessa Brooks and Jake Paul. But she got into an argument and was kicked out by Jake himself in February 2017. Subsequently, she joined CloutGang along with members RiceGum, Sommer Ray, and ex-boyfriend Faze Banks. In 2016 she started her YouTube channel and to date has more than 3.64 million subscribers. almost all of her videos have more than a million views. Her most popular video What you’ve been waiting for was posted on June 9, 2017, and is the most viewed video with 25 million views.

In 2016, Alissa began dating popular YouTube star, Jake Paul. Both of them shared each other on each other’s vines and by August 2016, they were living together. But soon the relationship came to an end in February 2017 as they accused each other of cheating. Following her breakup with Jake, Alissa started to date Faze Banks, who is also a YouTube star. But after dating for two years, they separated their ways and called it an end on mutual terms.

The 24-year-old has made quite the name for herself in the industry over the years. Having started her career in 2014 on the small screen to be a social media star, Alissa has been entertaining her audience with her videos, vines, and pictures. As of 2020, her net worth is estimated to be around $6 million US Dollars, the majority of her income from her modeling contracts and videos.