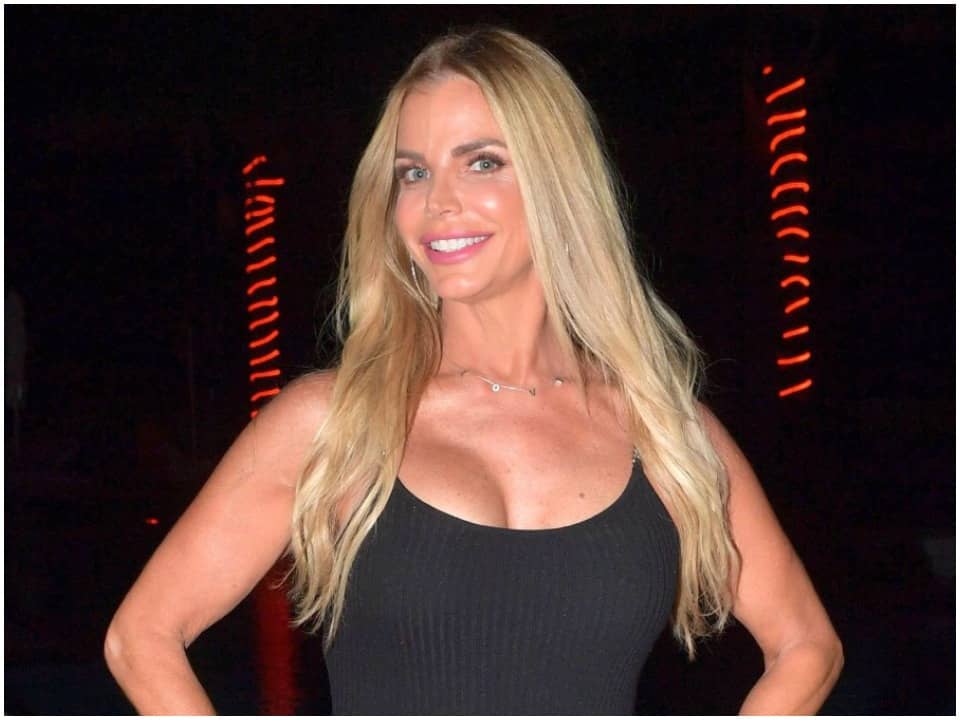 Alexia Echevarria is known for her work in TV reality shows called “The Real Housewives of Miami (2011), Cocaine Cowboys (2021), and American Latino TV (released in 2004). At the age of 54, she opened up about her relationship in August 2021 when her new show Cocaine Cowboys was about to broadcast on Netflix. At that time, she was in a relationship with Pedro ‘Pegy’ Rosello. He was known for the Miami-based drug trafficking in 1980 when he was blamed to bring almost 75 tons worth of cocaine in the United States from Columbia. Alexia opened about her relationship saying that she never knew him being involved in drug trafficking. They started dating in 1987 and Alexia said that his husband never looks like a drug dealer.

How the 54-year-old lady took up her relationships?

In 2015, Alexia Echevarria divorced her first husband Herman Echevarria that was based on a mutual decision. Soon after she became close to Pedro ‘Pegy’ Rosello and found many things in common to enjoy but most of the time they remained distant. In place of divorcing each other, the pair decided to take some time apart or to distant themselves. Herman moved out of his family and Alexia started dating Rosello. Alexia noticed how Pegy paid around $42,000 for her engagement ring and that to be in cash. That left Alexia in doubt about him being involved in so much cash inflow. The former TV star of Real Housewives of Miami was interviewed for Netflix’s explosive documentary movie ‘Cocaine Cowboys: The Kings of Miami which narrated the rise and fall of Augusto ‘Willy’ Falcon and Salvador ‘Sal’ Magulota’s cocaine empire.

Pedro ‘Pegy’ Rosello met Sal and Willy when he was still a teen. His sister Gina Rosello was dating and later married Willy’s brother Gustavo ‘Taby’ Falcon. He used to clean their cars to make some extra pennies for his livelihood. Soon after he moved up the ladder of success with his business which ‘Taby’ was also a part of. He started smuggling drugs for Sal and Willy and eventually took a longer role in the distribution of drugs soon after the arrest of Justo Jay. Pegy was found to be laboriously involved in the smuggling of Cocaine.

How she met Pegy?

He first met with Alexia when she was sitting in a restaurant with her father in 1987. The pair ended up hanging out together as a couple. In one of her interviews, Alexia remembered that once during a night in his apartment, something out of ordinary happened to her when she remained with the question or doubt on their relationship. It was the time when Pegy got a call and he acclaimed that he got to go. Alexia replied, “what do you mean, you gotta go…?

He left so quickly after having a short conversation with Alexia that it left Alexia in doubt about her involvement in their relationship. That time, she had no idea that she would see the signs like cash, different boats and cars, and others. On the day of 17th September in 1991, a group of cops surrounded their house but Pegy adjured Alexia not to open the door. Pegy ended up going to jail in 1992 right after the born of their first boy child. He will be released in 2022.

She was previously married to Herman Echevarria and later with Pedro Lui Rosello. She proffered to have many successful stories when she was in a relationship with her first husband Herman Echevarria. They broke up after 10 years of their marriage. Her second husband Pedro Lui Rosello was found to be involved in drug trafficking in 1991 and then he was arrested by the United States police. Pedro ‘Pegy’ Rosello used to run his family business as per the information he told to Alexia.

But Alexia found many signs of him noting that he was involved in drug dealing, some of which included, cash inflow, different cars he used to have for his traveling. He was arrested on 17th September 1991 when Alexia stayed with him. The couple got married and had their first son Peter Jr. when was out of prison on bail in 1992. Pedro ‘Pegy’ Rosello served four years in prison and got his release in 1996 the same year when he and his wife Alexia welcomed their second child Frankie and soon after got divorced.

Alexia Echevarria got a leading role in the reality TV show “The Real Housewives of Miami”. She got to feature in all three seasons of the show when she was said to earn around $55,000 per episode. With this, Alexia got another opportunity to appear on multiple reality shows including American Latino TV, Random Pop, and Watch What Happens: Live. Combining all this and her accumulation with different TV shows and reality shows, her assets, and income, Alexia is estimated to earn around $3million.