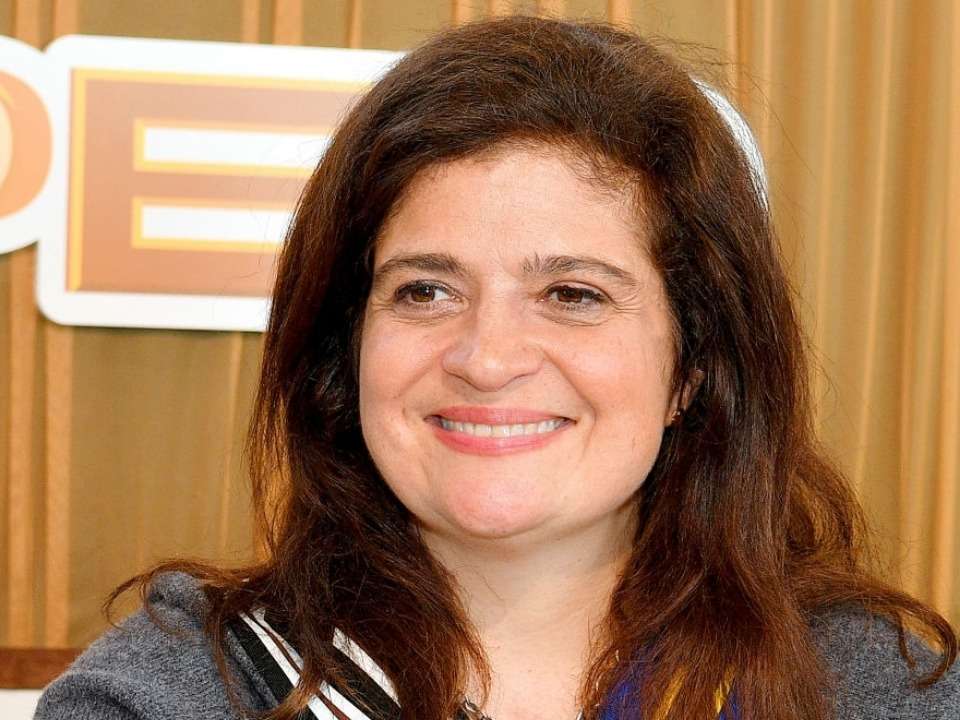 Alex Guarnaschelli is a popular Chef, Cookbook writer, and reality cooking TV series personality. She has worked as an Executive Chef at Butter restaurant located in New York and is also the winner of The Next Iron Chef. Recently in 2020, she has released another cookbook of her named Cook With Me. She has 683.4 thousand followers on her Twitter account and 919 thousand on her Instagram account.

Alex was born on 20 June 1972 in New York, United States of America. She is the daughter of John Guarnaschelli and Maria Guarnaschelli. There is no information given about her cousins or siblings. She gained culinary experience while cooking with her mother.

She is a high school graduate from Horace Mann School. In 1991 she went to Barnard College and graduated with a degree in art. After her college, she worked for minimum wage in a restaurant called American Place for a year. She worked under Larry Forgione who later encouraged her to study and work culinary in a foreign country. So she went to La Varenne Culinary School in Burgundy.

After her schooling, she worked in France at a Michelin three-star restaurant with Guy Savoy. She worked for 4 years and was promoted to Sous Chef at La Butte Chaillot. After seven years she went back to New York and started working with Daniel Boulud in Manhattan where she became a sous chef. For years she decided to move to Los Angeles to join Joachim Splichal restaurant in Patina Group in West Hollywood. After gaining some knowledge in Los Angeles she came back to New York. In 2003 she became an Executive Chef at Butter restaurant where she created an American spotlight on local ingredient dishes.

After 8 years of success at Butter, she opened her restaurant named The Darby. She has also been on various American Cooking reality TV shows like Iron Chef America,  Supermarket Stakeout, The Kitchen, Chopped, Beat Bobby Flay, Worst Cooks in America, Alex’s Day Off,  The Next Iron Chef,  The Cooking Loft, Guy’s Ranch Kitchen, America’s Best Cooks, Guilty Pleasures, All-Stars Best Thing I Ever Ate and many more shows. In 2013, 2017, and 2020 she wrote many cookbooks named Old School Comfort Food, The Home Cook, and Cook with Me.

Alex will be signing a new deal with Discovery’s Food Network. During the coronavirus pandemic, she released her new book and has been learning to cook different cuisines. Lately, she has been sharing several of her cooking recipes and taking up classes for the same.

She has defended the ghostwriter scandal by saying that chefs are not always a writer. As chefs want to release their own cooking book so they might hire some writer just to seek help and clarify the ideas in the book clearly.

On 29th April 2007, she married Brandon Clark who is also a Chef. The couple met together in 2006 at New York’s Institute of Culinary Education. In July 2007 they welcomed their first daughter named Ava. Later their relationship didn’t work well so they ended their marriage. Recently in June 2020, she announced her engagement to Chef Michael Castellon who is a winner of the American cooking reality show named Chopped. It was quite a memorable occasion for her as he proposed on her birthday in June 2019.

Alex is a popular chef and cook shows personality. She has worked in many TV cooking series as a contestant as well as a panelist. Her work also includes being a cookbook writer and editor. She has earned a lot from her cooking career, sponsors, and an event appearance. Her net worth has been estimated at around $2 million.