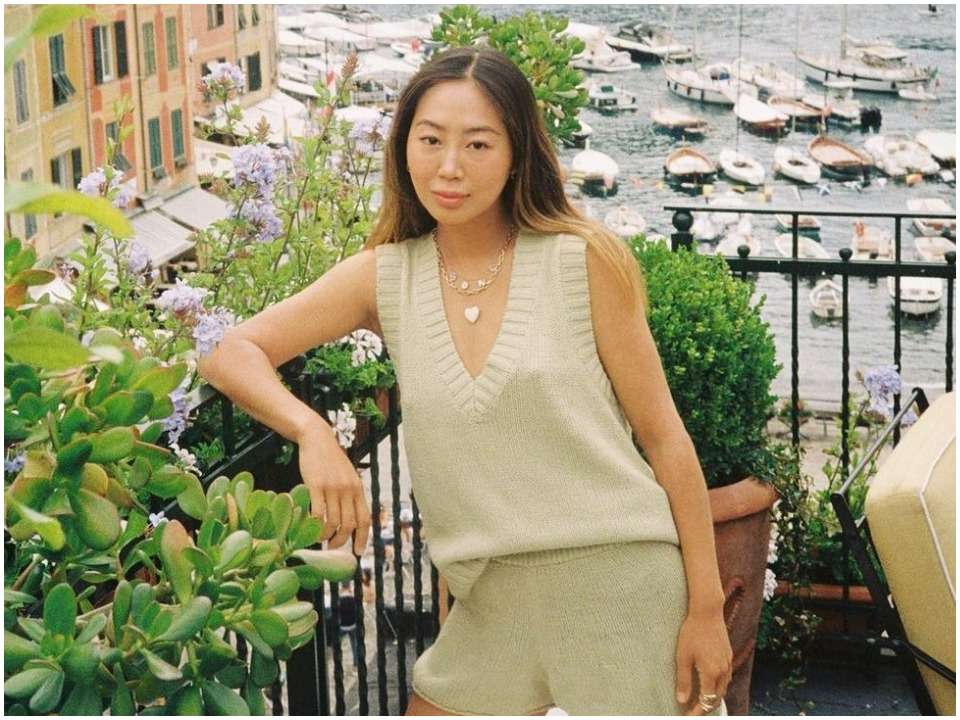 Aimee Song is a blogger and designer from the United States. Her fashion blog, Song of Style, receives over 2 million monthly page visits, and she has over 5 million Instagram followers. While studying Interior Architecture in San Francisco, she began blogging in 2008.

Aimee Song was born in Los Angeles, California, on December 10, 1986. She is a citizen of the United States. She has a younger sister, Dani Song, who is a blogger as well. Song graduated from the Academy of Art University in 2012 with a fashion blog called “Song of Style” as an undergraduate studying interior design in 2008. She’s since grown the website to four million monthly page visitors. She’s also worked with brands including Lacoste and Bloomingdale’s, where she designed a bracelet collection. She also interned in San Francisco at Huang Ibosi Architecture. She also runs Song of Style, which has evolved into an interior design firm.

“Song of Style” was the name of her YouTube channel when it first began. On November 10, 2009, she started this channel and it now has a total of 27,808,860 views. On her channel, she makes videos about fashion and interior design, as well as design inspiration, DIY, and other topics. Song of Style’s My Fall Winter Fashion Must-Haves was also the first video she ever released on her channel. This video was first posted on November 9, 2009, and it has received 104K views to date. How to Take Good Instagram Photos is the most popular video on her YouTube channel. She uploaded this video on YouTube on May 14, 2014, which has over a million views.

She’s also active on other social media platforms including Instagram and Facebook. “songofstyle” is the name of her Instagram account. She is also a lot active on Facebook and shares a lot of information there. During her study of Interior Architecture in San Francisco in 2008, she began blogging. Song of Style, a jewelry business, and “Two Songs,” an apparel collection, were both founded by her. She has also collaborated with the famous Laura Mercier and is a fashion ambassador for Chloé, Giorgio Armani Beauty, Dior, and Revolve. She’s also worked with companies including True Religion, Biossance (clean beauty skincare), and Levi’s, and she’s been named one of “The Business of Fashion’s” BoF 500 persons impacting the fashion business.

Aimee Song is quite active across all of her social media platforms. On YouTube, she has 365K subscribers and 6 million Instagram followers with over 10000 posts. Similarly, she has amassed 65K Twitter followers and 826K Facebook fans.

Jacopo Moschin is the name of Aimee Song’s boyfriend who works as a photographer. They met five years ago in Morocco while on a sponsored trip for influencers. Song and Jacopo meet together in foreign settings where one of them is working because Jacopo resides in New York and travels as frequently as Song.

Aimee Song has a net worth of around $450K. and her major source of income is Youtube. Song has amassed a sizable following thanks to her blog, Youtube channel, and Instagram account of the same name.