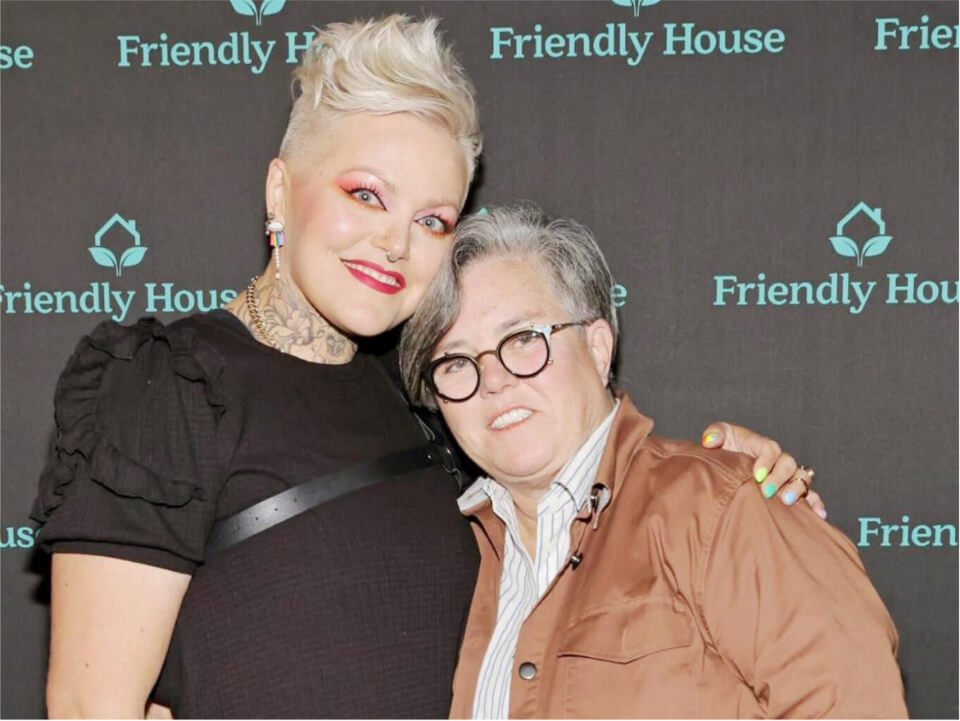 Aimee Hauer is an Idaho-born American personality who is a famous massage therapist and is most recently in the news because of her relationship with the famous standup comedian Rosie O’Donnell. The two have started presenting the events together and seem to be happy together posing for pictures and showing their joy on social media. But unlike Rosie O’Donnell, Aimee is not a media personality. She has developed herself while out of the media coverage and is peacefully running her massage business.

Aimee Hauer was born in 1977 and she is around 43 years old as evident from her TikTok account. Last year, she revealed in one of the episodes of the Lesbian speaking podcast that she was brought up under strict Mormon circumstances. She originally belongs to Boise, Idaho. Also, she received her education from Utah College with a major in Massage Therapy in November 2003.

Aimee is a massage therapist and has received her expertise in massage therapies and techniques like Swedish theory; Eastern bodywork therapies including shiatsu, reflexology, and acupressure; and Western practices. Despite this, she is also an expert in trigger point therapy, injury massage, and cranial sacral therapy. Aimee’s work is based in Spokane, Washington, and is also highlighted with her work in Downtown Spokane’s city-wide business directory.

Earlier, there was a post on the Wink A Salon Facebook page, where Hauer was advertised with the possibility of free massage for anyone with the condition that the person would have to bring the gift certificate from Aimee Hauer, LMP containing the link Hauer’s now deleted Style Seat profile. On one hand, the post on the Facebook page appears to be somewhere around 3rd June but the link to Hauer’s profile and the Wink A Salon’s website is no longer active. With the use of the profile link, it is known that more than 2,200 people “checked in” and the business location is in central Spokane.

Aimee Hauer is committed to her new girlfriend, Rosie O’Donnell, who is a known American actress, TV personality, stand-up comedian, and author. The couple appeared for the first time on the red carpet on Saturday, 16th July 2022 at the Stand Up For Friendly House benefit in Los Angeles. Last month in June, the couple appeared together, showing off their new relationship on Instagram. According to her TikTok account, Aimee appears to be around 43 and Rosie is 60, so the age difference between the two is 17 years.

On her TikTok account, Aimee revealed that she married “out of duty” at the age of 21. She has produced one daughter Izzie Porter, and one son Elliott with her ex-husband. Elliott is around 15 years old. After ending the marriage with a divorce, she had to endure an 8-year-long battle in court against her husband over the full custody of her daughter, which she won. Rosie O’Donnell and Aimee went “Instagram official” on 1st June 2022, the first day of Pride Month. Now on 16th July 2022, they together appeared on the red carpet showing off their relationship officially to the media.

While Hauer has two children, Rosie is known to have four children — two sons Parker, 27, and Blake, 22, and two daughters Chelsea, 24, and Vivienne, 19 — with her ex-wife, Kelli Carpenter, with whom she ended her marriage in 2004. Following her and Kelli’s split, Rosie married for the second time to Michelle Rounds and stayed committed to her from 2012 to 2015. The women shared a 9-year-old daughter, Dakota, and soon after they divorced in 2015. Apparently, in September 2017, Michelle died because of suicide.

Aimee Hauer, who is now in highlight because of her relationship with Rosie- the famous multi-professional TV comedian, is surely earning well because of her only profession of massage therapy. She calls herself a massage expert in the different types and categories of the profession. Although not equivalent to her mate Rosie, she might be earning somewhere around $2 or $3 million.