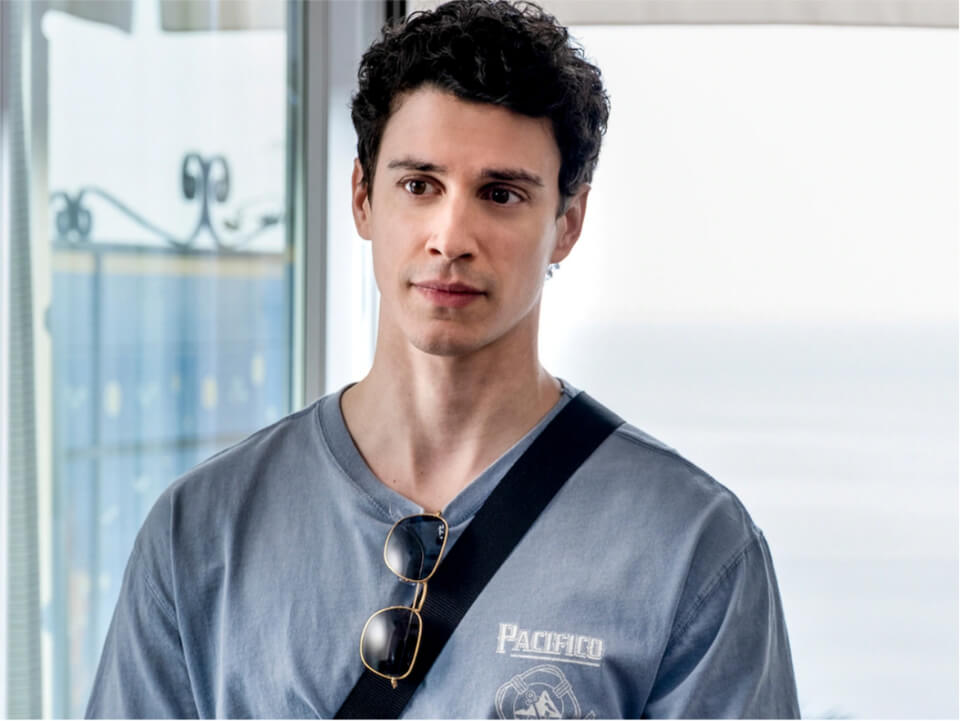 Adam DiMarco is a Canadian film male-actor and model who played an operations division crewmember in the film Star Trek Beyond. He is well-known for his featured role as Gavin Morgan in the Disney Channel Original Movie, Radio Rebel (2012). He was also credited as the “injured red shirt”.

Adam DiMarco was born on 14th April 1990 in Canada and he is 32 years old as of 2022. He was raised in Oakville, Ontario, Canada with other siblings. He has not revealed any information about his parents and other family members in the media. Adam went to a Canadian school to earn a high school education. He went to a University in Canada to major in life sciences. Later, he decided to become a writer or an actor so he moved out to Vancouver. He attended the Vancouver Film School to gain acting skills to build his career. Since childhood, he also had a passion for music and grew up playing the piano.

Adam began his acting career at a very young age. He was cast in the TV drama ‘When We Rise (2017)’ as Marvin Feldman. In the same year, he was seen in the TV drama ‘The Good Doctor (2017)’ as Henry Campbell. Later, he appeared in the TV- series ‘The Order (2019)’ as Randall Carpio along with series cast members such as – Devery Jacobs, Thomas Elms, and Jake Manley. He was also seen as Dario in an episode titled ‘Chapter Nineteen: The Mandrake’ of the American supernatural horror streaming TV series Chilling Adventures of Sabrina, directed by Kevin Sullivan in April 2019.

Apart from his acting career, Adam likes music and wants to work on original music projects that he can apply to his acting career. On 24th November 2021, he appeared in an exclusive interview with the ‘Pop Culturalist’ chat for a new music project. Presently, Adam DiMarco focuses on his professional career as an actor and making his presence known in the world of music. In 2022, he appeared in Crave Original comedy Series named ‘Pillow Talk (2022)’ along with series cast members such as – Nicola Correia Damude, Sydney Scotia, and Sharon Crandall. He also joins the show ‘The White Lotus’, an American comedy-drama as a new cast member for the second season set in Sicily, Italy. The TV show was created by Mike White for HBO in which he played the role of Albie Di Grasso.

Adam DiMarco is not married. In the past, he was involved in rumors of a relationship with the film-actress Kacey Rohl and model Sarah Grey. Presently, Adam is not in any love relationship or not dating anyone.

Adam is a rich Canadian film male actor who has been working in the entertainment industry since as a Teenager. He earned income as a film actor and from commercial projects as a model. He also makes special appearances in TV shows. Adam DiMarco earned an estimated net worth of around $5 million in 2022.