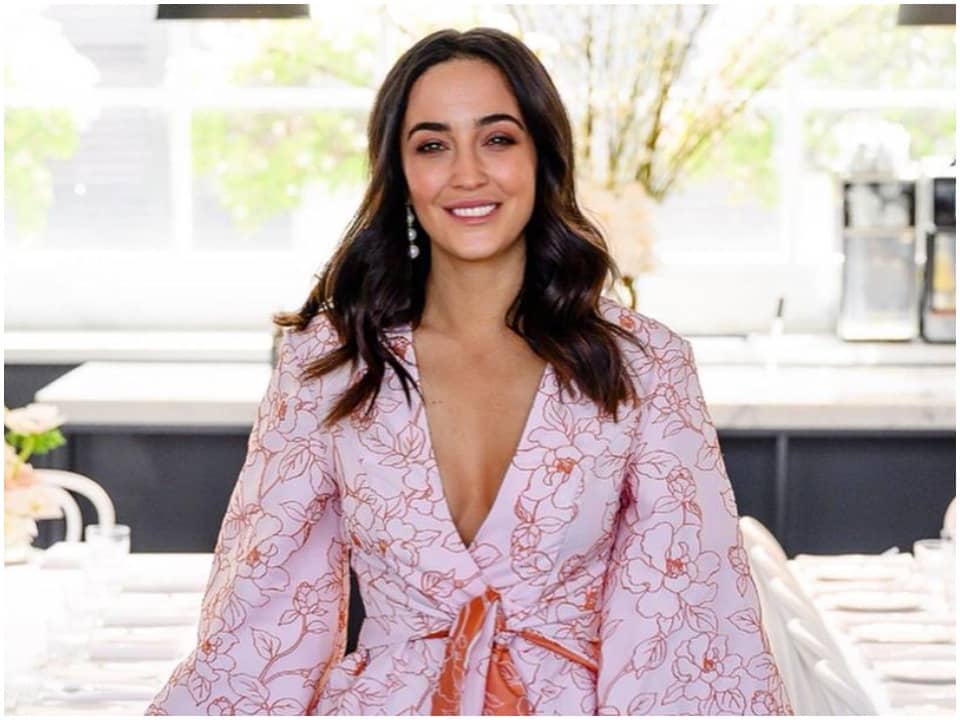 Abbey Gelmi is an Australian journalist and presenter currently associated with Fox Sports channel 7. She has been part of several shows for the channel and is highly well-known and respected among the presenter and anchor community.

Abbey was born in Woodvale, Perth, Australia in 1990 but the exact date of her birth is unknown. Her grandfather Herb Elliot was a middle-distance runner and an Olympic gold medallist. Abbey has not shared much about her early education but it is believed that she completed her high school education at a local school in Woodvale, Perth. She was always interested in anchoring and hosting and was also part of the radio and television shows during school.

Abbey wanted to pursue her career in the same and went on to attend Curtin University in 2008. She graduated with a Bachelor of arts degree in Public relations and Journalism in 2011. While at university, she was on the Vice chancellor’s list. She later pursued post-graduation in radio and television from Edith Cowan University in 2014.

Abbey started her career early on as a radio and television anchor. She was highly involved in radio and tv shows since she was in high school. Later, after her graduation, she started was working at NOVA entertainment at the radio channel Nova 93.7 as a radio presenter in 2012. She worked there for a year and left to pursue her post-graduation. While she was pursuing her diploma, she started working at Fairfax media as a producer and at the Western Independent newspaper. She also worked at channel 9 Perth, ABC news, and WAToday over the years. she has more than a decade of experience in journalism and anchoring.

Abbey also worked at radio ECU and University ECU news at Edith Cowan University. She later started working for Fox sports where she read breakfast sports news for Fox Sports 500. Abbey also started reporting to the National Basketball League as a sideline reporter and was the only reporter to have presented all three Final games in 2017.  She is also known to have hosted the Fox fix show. Currently, she works as a presenter for Channel 7 at Fox Sports and was currently announced as the new co-host of Jamie Durie on the show House Rules. She also works as an Emcee for various fashion and sports events. She is currently also the Ambassador of the Australian Turf Club.

Abbey has not shared much about her personal life but it is known that she was in a long-term relationship with fellow fox television representative Ben way. He worked for Fox channel for several years but now works for Sky Racing. The couple dated for nearly three and half years and later got married in December 2019, at Adelaide hills but the marriage was short-lived and they got divorced within a year in 2020.

She is currently rumored to be dating the Australian Football League player, Kane Lambert. It is known that Abbey moved to live in Melbourne earlier this year and was seen with Kane at Sam Mac’s Book launch. They met through a mutual friend Tayla Damir, a Love Island star. Abbey is a huge fashion enthusiast and has hosted and reported various fashion events. She is a great lover of dogs and also has a pet dog named Harrold.

Abbey has been working as a presenter and journalist for several years. She has worked for famous channels, newspapers, and media houses and had made a huge reputation. She is well-known among the sports and fashion community. Over the years, she worked in different jobs and has built herself a comfortable lifestyle. She has sourced her majority of income through her profession as a journalist and reporter. Her annual income is estimated to be around $80,000 while her net worth is approximately $600,000.