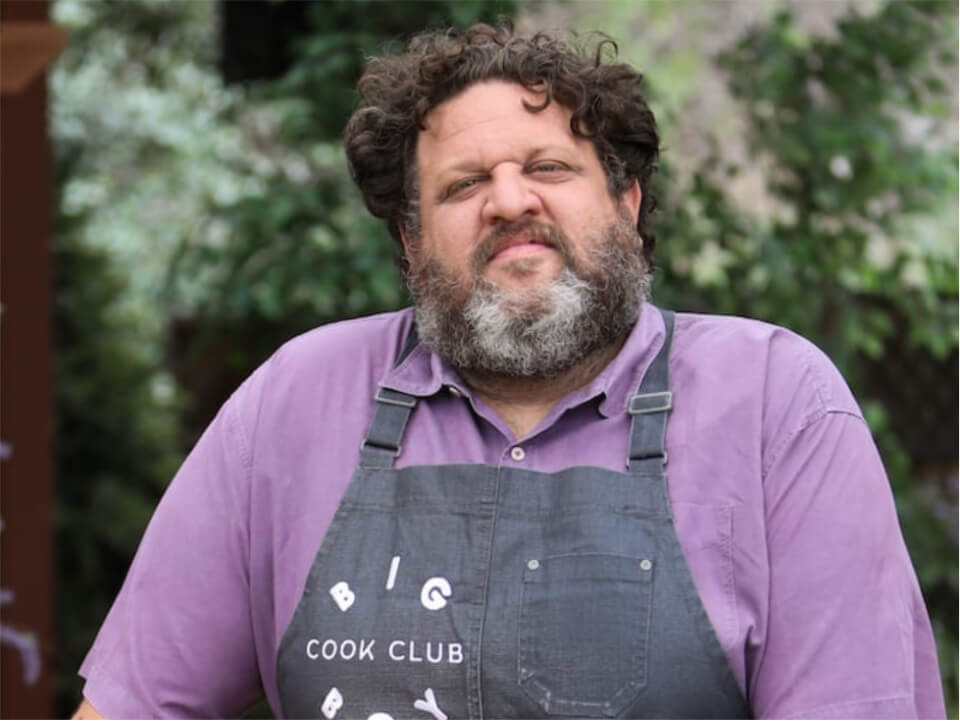 Aaron May is an American well-known and successful Celebrity Chef. He has appeared in shows like Diners, Dive-ins, and Dives; Guy’s Ranch Kitchen, Guy’s Grocery Games, Food Paradise, Guy’s Ultimate Game Night, and many more. Along with that he also owns many restaurants like The Lodge, Over Easy and Goodwood Traven. Recently he has been in limelight for working as a Private Chef for TikTok stars Dixie and Charlie D’ Amelio. They even post content with him on social media.

Aaron May was born on 25th December 1977 in Downtown Chicago, Illinois, United States. The information about his parents has not been shared with the media yet. He has a younger sister whose name is Corri May.  At a very early age, his interest in cooking grew bigger, and decided to pursue a career in the same field as a professional. Aaron has not shared the information about his high school education with the media yet. Later he started pursuing a Political science degree and he dropped out at the age of 20. After dropping out he decided to enroll himself in Scottsdale Community College’s culinary arts program. As he completed the course, he moved to Paris and spent a year working with a trained chef.

Aaron began her career at an early age, was 15 years old. He started working in the pantry of Chicago Steakhouse. After completing his studies and training he began working at the Four Seasons Resort in Crescent Moon and Acacia in Scottsdale.  Later he worked at Westin Kierland Resort & Spa with star chef Douglas Rodgriguez. In 2006 he started his first-ever restaurant named Sol y Sombra. But it is not operating anymore. He opened many other restaurants called The Yacht Club in Arcadia, Vitamin T, Autostrada, and Iruna which are no more operational. In 2008 his venture Over Easy gained massive success.

He is also the owner and executive chef of Lettuce Turnip Beets Restaurant, Lodge Sasquatch Kitchen, and Goodwood Tavern. Along with that, he is the executive chef and director at Bullseye Event Group. He has made appearances in various TV shows like Food Paradise, Tournament of Champions, Guy’s Grocery Games, Home & Family, Diners, Drive-ins and Dives; Guy’s Ranch Kitchen, Duff Takes the Cake, Guy’s Big Bite, and many more.

Lately, he has been in limelight along with famous Tik Tok stars Dixie and Charli D’ Amelio. He used to cook for the family but the girls used to show displeasure towards his meals and this created negative reactions from their fans and ended up losing a lot of followers. In an interview with him, Charli gave him a tearful apology and gained her followers back. She has invited him many times to create content that can keep her fans entertained. In a video that was filmed with her boyfriend Noah, they tried weird food that was cooked by May and created a reactions video.

Aaron has been seen as a Workaholic and single in his life. He has never been spotted with anyone with whom he could have been involved romantically. His interest is inclined more toward his work but there has never been a moment of him sharing news about his marriage, wife, or kids. There has been no mention or reveal in the media about his personal life, so we can say that he is a dedicated professional chef.

Aaron May (Chef) Net Worth

Aaron has earned a lot in his career by working as a professional celebrity chef. His main source of earnings is from his Restaurants, appearing in TV shows, and working as a celebrity private chef. According to sources his net worth has been estimated at around $2 million and is known to have good reviews as well. Along with that working as a Private Chef for the well-known D’Amelio Family makes him earn a lot more. He also earns through various brand endorsement deals and by attending events as a guest.