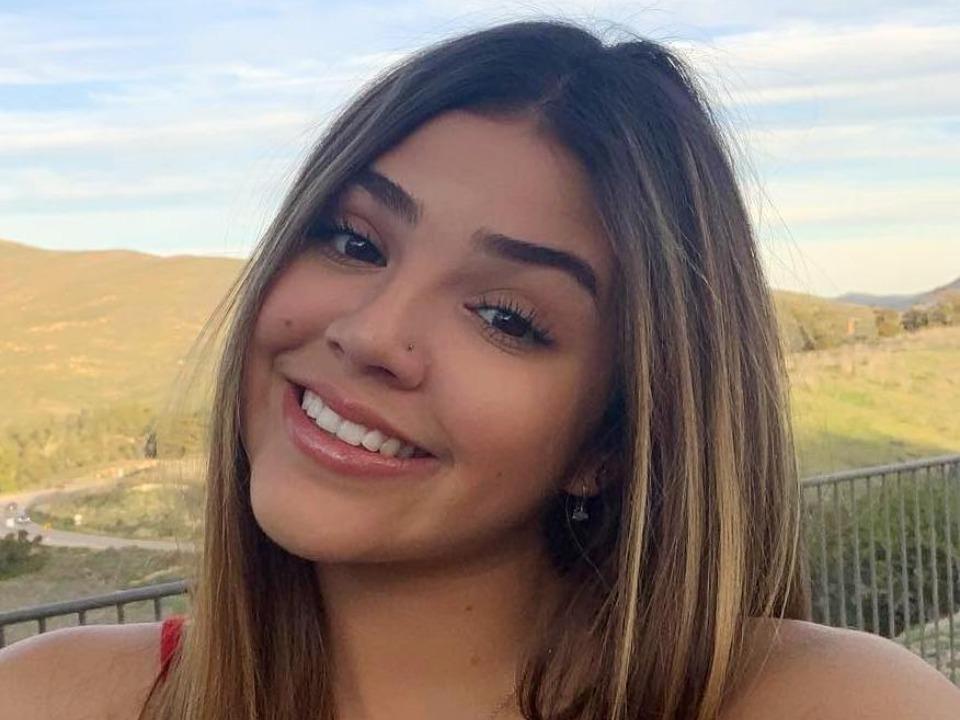 Aalyah Gutierrez or Aaliyah Mysterio is a social media star. Her name, Aalyah is derived from Hebrew origins and is a variant of the name is Aliyah. The meaning of her name in Jamaica is ‘Family’. She is the daughter of the extremely popular WWE superstar, Rey Mysterio and is the younger sister of current American wrestler, son of Rey Mysterio, Dominik Mysterio. Her mother’s name is Angie. She has a total of 142K followers on Instagram at a young age of 19 as of now. Her good looks and her fitness regime make her popular amongst the youth.

Aaliyah was born on 20th August, 2001 and her place of birth is California, the United States of America. Her family with Oscar Guitierrez i.e. Rey Mysterio as her father and Dominic Guitierrez i.e. Dominik Mysterio (born on April 5, 1997). So, her family has always been star studded and very much in the limelight. Her high school graduation has been successfully completed & she is currently pursuing her higher college education.

Aaliyah was a pampered child who was always showered with luxurious and expensive gifts from her parents. She got a lavish Range Rover as a present in May, 2017. Aaliyah finds her father to be her role model along with thousands of kids worldwide. She admires her father and shares an intimate bond with Rey and her family. Moreover, Rey Mysterio himself describes the relationship between Aaliyah and him more than just the father – daughter type connection but as a strong bond of friendship.

Rey also says that he shows a completely different side of his own self when with his daughter. Rey Mysterio often posts his pictures with his children online and these are especially loved by the fans. She loves spending time with all the other three members and the bonding between the 4 of them is admirable.

She has gained thousands of followers on Instagram and is undoubtedly a big Instagram sensation only set to rise further in the future. She appeared in an episode of WWE with Rey Mysterio as a small child in a backstage segment. Now, years after that, she appeared in an episode of WWE once again on 31st August, 2020 following the 1st official win of her brother, Dominik Mysterio along with all of her family members.

The 19 -year old beautiful Aaliyah is dating a Football Champ. She is in a relationship with AJ Hernandez, a Senior at Eastlake High School in Chuna Vista, CA. The young lovers often visit public locations together including AJ’s football game, their homecoming, Pumpkin Patch, public beaches and so on. The couple does not hesitate in showing their blossoming love for each other in public. Moreover, the couple was even crowned to be the Homecoming King and Queen together in the year 2018.

Aaliyah is estimated to have a net worth of around $ 1 million. Both her father and her brother earn huge and thus all her earnings are just like icing on the cake for her family. Her main source of income remains to be social media.