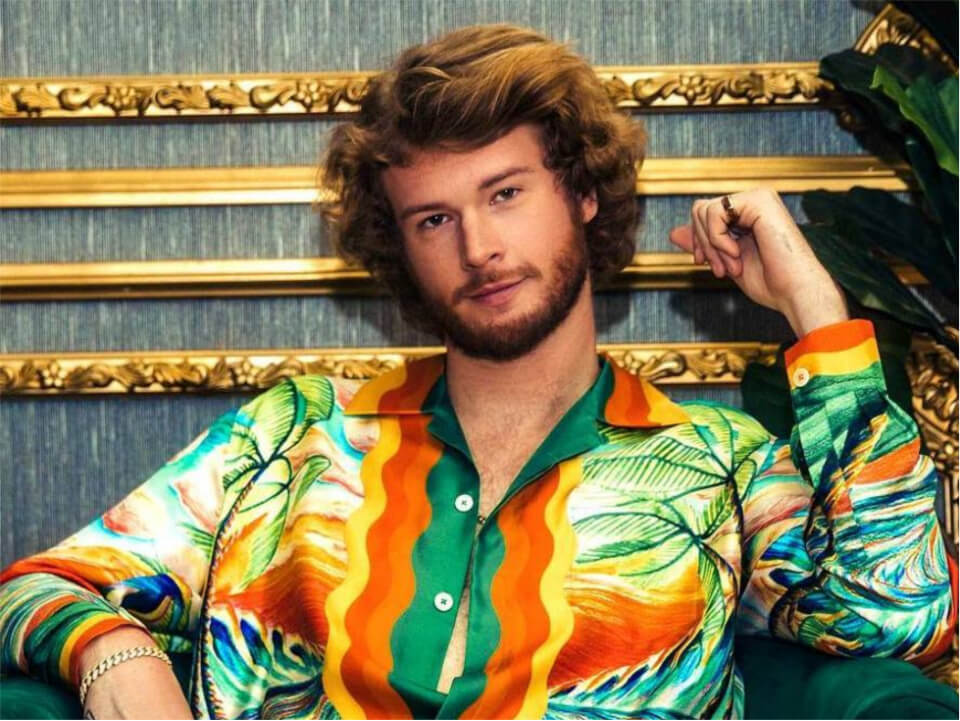 Yung Gravy is famously known to be the young American rapper in the industry. He received immense recognition in 2017 because of his song “Mr. Clean” which further gained traction on SoundCloud and is now certified by RIAA Platinum. Beginning his time in 2017, Gravy has completed his seven international tours and has released a combination of a mixtape, three albums, and seven EPs. Yung became the headlines of the major media portals because of his controversial relationship with Addison Rae’s mother Sheri Easterling.

Yung Gravy was born on 19th March 1996 in Rochester, Minnesota to his loving parents named Peter Johannes Hauri (father) and Cynthia Cleveland Hauri (mother). His father was a psychologist and his mother a homemaker. Hauri received his graduation from Mayo High School in 2014 and later went to the University of Wisconsin in Madison, Wisconsin, from where he earned a degree in marketing in December 2017.

While going to college and having fun together with friends, he began rapping and later started uploading his content or songs on SoundCloud. He says that during his college days he was highly inspired by the rappers like Lil Yachty and Lil Peep. He began working odd jobs and in 2016, Hauri quit his job to dedicate his life to music and thereby he started spending time on self recordings and making songs. Just like his father, he holds dual citizenship, i.e, Swiss and American, claiming that his father originally belongs to Switzerland.

Although he was a smooth singer, he was in his budding place with a lack of respect and attention from the side of ordinary people. Young Gravy, Aka, Hauri started receiving popularity after his immense success in late 2010 when he started working on his self-made style with a blend of trap beats, and retro style including doo-wop and 1950s pop cultural music. He released his most-watched and most-praised songs “Mr. Clean” and “1 Thot 2 Thot Red Thot Blue Thot” which put him on the top of the culture pop map and made him deal with various Republic records, with his first debut full-length song, “sensational”, that was released in 2019.

After 2020, he released another major hit Gasanova LP with another succession of EPs including 2022’s Cake and Cognac. Hauri began the year 2018 with the release of his single “1 Thot 2 Thot Red Thot Blue Thot”- the song which became his signature lyrics and built retro-sourced samples. During this time, he started growing to fame and resulted in many sold-out shows and early tours with legions of new fans. After signing or contracting with Republic, Young Gravy made his major-label debut with the Snow Cougar EP. He also teamed up with Atlanta-based rapper Lil Baby for the single “Alley Oop”.

Yung is known for his musical style which is a blend of trap music with the theme inspired by old soul songs and movements of the 1950s and 1960s as well as the 1970s and 1980s. One of his songs “Gravy Train” is a combination of samples from Maxine Nightingale’s 1976 song “Right Back Where We Started From” and his breakthrough song Mr. Clean is one of the popular hits taken from the 1954 song “Mr. Sandman” by The Chordettes. The style he depicts through his music is often described as humorous, satirical, and groovy. Yung states that he gets inspiration from multiple genres and these include hip-hop acts such as Outkast and Three 6 Mafia, and soul acts like Smokey Robinson.

Yung Gravy is still going through his budding stage of life where he is intended to produce his career with lots of success and achievements. He is currently in a controversial relationship with Addison Rae’s mother and TikTok star Sheri Easterling. Both were spotted kissing and sharing smooches recently on the MTV VMA’s red carpet and the internet world went crazy with those snaps. Yung was associated with the stars like bbno$, Englewood, and Jason Rich who are known to be his friends. Yung gets inspiration from middle-aged songs and is adored by fans of all ages. He has produced a large fan following on his social media profiles including Twitter, Facebook, YouTube, and Instagram. He is kinda funny, light-hearted, and an amazing human being.

Rapper Yung Gravy is recently [July 2022] in the news because of his intimate actions in one of the leaked videos by an unknown person who has deleted his account now. The video leaked online on Saturday, 16 July 2022. Although many actors and actresses have been attacked in the past [including Jennifer Lawrence, Kirsten Dunst, and Kate Upton], Yung Gravy is now new on the list. A user uploaded a video where the rapper was involved in intimate activity with a girl. After seeing the video, fans started questioning the original video and the privacy of the person involved and others labeled it as “clearly an invasion of privacy.”

Rapper Yung Gravy is known to earn a net worth of around $2 million as of July 2022. He has received immense love and affection from the side of the public after releasing his first hit Mr. Clean. With lots of other singles, albums, EPs, and songs released in the line, he is still regarded as Mr. Clean.