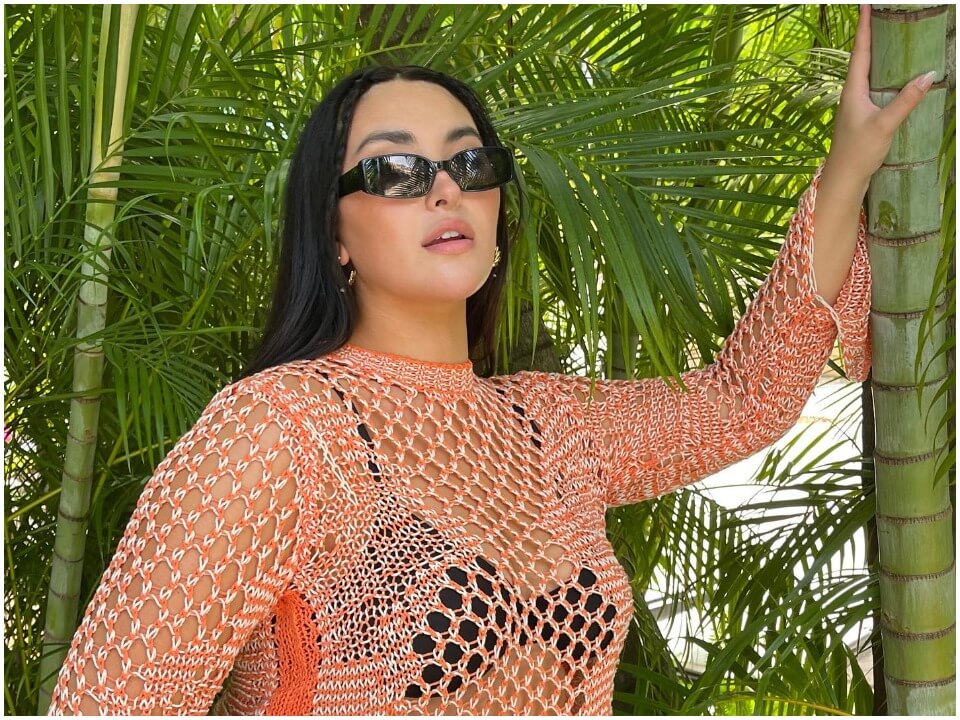 Yumi Nu is an American Model, Singer, and songwriter. She works for a record label named Dim Mak Records and a modeling agency named Wilhelmina Models and The Society Management. Recently she gained a lot of media attention for being the cover model of the Sports Illustrated Swimsuit Issue. She is also the first plus-size Asian American model on the cover. Along with that in May 2022 she will be soon releasing her second extended play named Hajime.

Yumi Nu was born on 23rd September 1996 in Englewood, New Jersey, United States. The names of her parents are Brent Nu and Kana Grace Nootenboom. She has a younger sister whose name is Natalie Nootenboom. Her parents were supportive of her modeling career. As an infant, her mother used to bring her to various modeling shoots.  At a young age, she was passionate about singing. Yumi completed her high school education at a local school in the United States. The information about her higher education has not been shared with the media yet. She must have received training in modeling as well as pursued a singing course. Her genre in music was R&B/ Soul.

Yumi started her career as a Model. At the age of 14, her family shifted to Newport Beach, California. Later in 2016, she wrote her first song. Some of the titles of her songs are Gully, Bouquets, Pots and Pans, Illusions, With You With Me, Ghosted, Hearts Ain’t Gonna Lie, Careless, and Find You. As a model, she worked with various brands and created a plus-size clothing line named Blueki. In 2021 she was seen on the cover of Vogue’s Japanese, British and American editions. Her music work is available on online streaming platforms like JioSaavn, Apple Music, YouTube, and Spotify.

On 24th February 2022, she released a song titled Sandcastles. Recently she also appeared as a cover model in Sports Illustrated’s annual Swimsuit Issue. There were some negative comments about her not looking beautiful and fans cannot tolerate the hate comments. One of the negative comments was posted by Dr. Jordan Peterson and fans were really unhappy with the comments. She will continue working as a model and will shine more.

Yumi is currently in a relationship with Dimitri Dinas who is a musician, same as her. He is really a caring, kind, and supportive boyfriend. It seems they have kept their relationship timeline a lowkey. When she received news about being on the cover of SI her boyfriend was stunned as well. He was absolutely gushing and creating hype at her shoots. They seem to be really happy and in love.

Yumi Nu has earned mainly from her modeling career. She earns by promoting the brand’s advertising and endorsements. Along with that she is also inclined towards singing and might earn from the same. According to sources her net worth has been estimated at more than $650K.