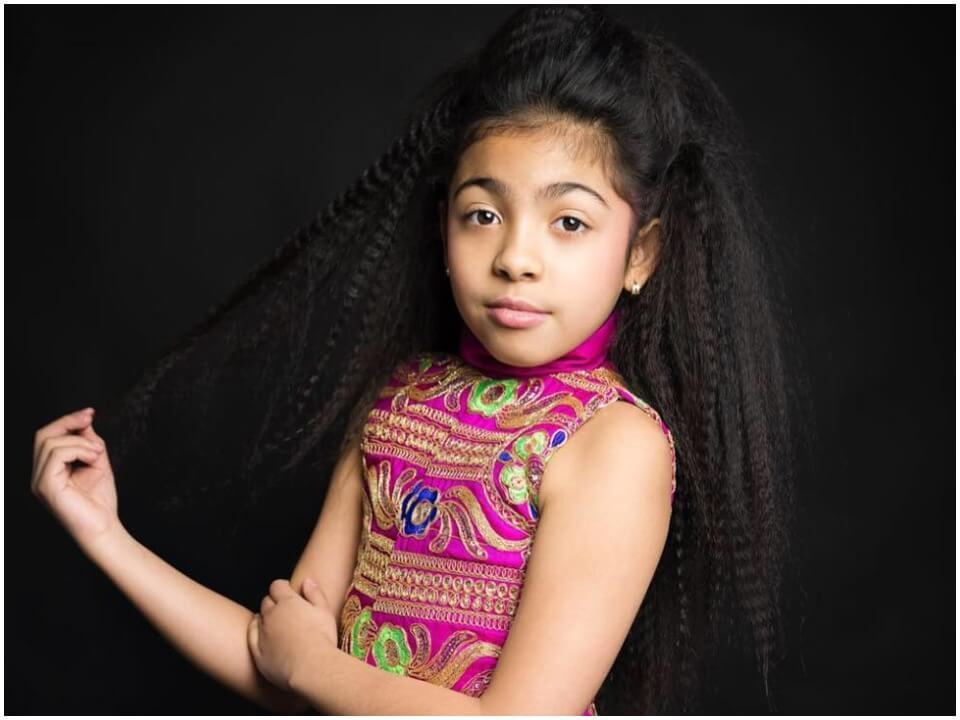 Ynairaly Simo is an American teen actress, singer, and Model. She is famously known for her role in the show “Creative Galaxy”. Recently she emerged as the breakout star from the Netflix platform as she appeared in the Animated Movie “Vivo” in the role of “Gabi”.

Ynairaly Simo was born on August 10th, 2008 in the Dominican Republic. She was born to Latin parents Ydamys and Joseph Simo who later immigrated to the USA. Simo currently holds the nationality of the Dominican Republic and also holds US citizenship. She follows Christianity and is known to be of Latin ethnicity. She was just 3 when she started modeling and acting very. Simo is currently pursuing her high school education from Celia Crux Bronx High School of Music, a special Arts School. She has not shared much about her elementary and middle education.

Simo started her career as a child model at the age of 3 and two years later, at the age of 5, she also started acting. She started appearing in print ads and tv ads while also going through various films and shows auditions. In 2014, she appeared in the sci-fi tv show “Creative Galaxy” on Amazon Prime which ran till the end of the year and helped her gain a lot of popularity and recognition.

A few years later, in her early teens, she also started walking the ramp for various designers in cities like New York and LA. She has walked in several fashion weeks over the years and has built herself a successful modeling career. Ynai recently gave her voice to the character Gabi in the Netflix Original Animated movie “Vivo” which was released in August 2021. She is also known to have sung the song “My Own Drum” for the film’s official soundtrack which was released on Spotify worldwide.

Simo currently has a following of 2174 on her Instagram account while on her Facebook page, she currently has 1.8k followers. She is also very famous on tik-tok with around 2000 followers.

Simo has not revealed much about her personal life and relationships and as she is still in the early stages of her career, she is highly focused on it. She is a great lover of Spanish music genres. She is also known to be very close to her parents and calls herself “daddy’s little princess”. Currently, she is settled in New York. In 2019, it is known that she was hospitalized and had to undergo surgery which was eight hours long.

Simo has been working since she was 3 and has been constantly involved in modeling, acting, and singing projects. She has gained a lot of wealth through her career in the industry and her net worth as of 2021 is estimated to be around $500,000.