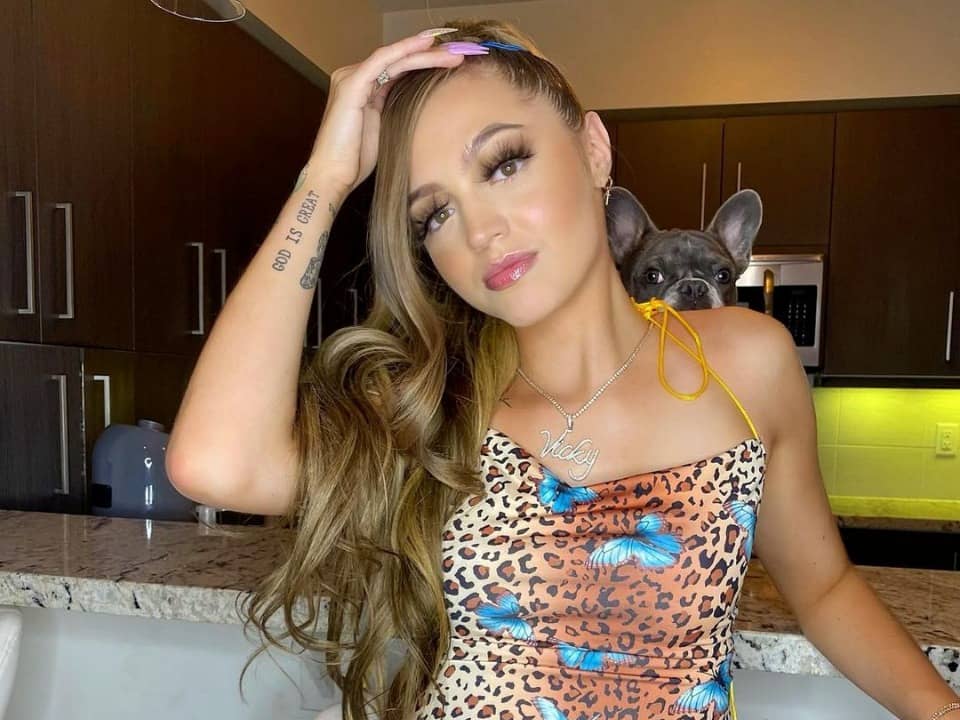 Known online as Woah Vicky, Victoria Rose Waldrip is an American Instagram personality and model who also happens to be a businesswoman and rapper. She achieved prominence in 2017 after making a few videos in which she used the “N” word and falsely claimed to be of African descent.

‘Woah Vicky’ Waldrip was born on March 7, 2000, in Atlanta to Steve Waldrip, who works as a residential builder and a local real estate agent. Her mother, Carla Johnson, is a stay-at-home mom who has been a housewife for the past decade. Originally from the Georgia town of Hiram. Her father, Steve Waldrip, a residential builder, and real estate tycoon, and her mother, Carla Johnson, were divorced when she was a young child. Stephanie is a fashion designer located in New York City, and she is her younger sister. Waldrip went to Marietta High School and was homeschooled after the tenth grade, according to his parents. Penn Foster High School was the institution where she eventually received her high school graduation.

On social media, Victoria Rose Waldrip is known as “Woah Vicky.” Victoria first gained notoriety as a result of her use of the photo-sharing app Instagram. She rose to fame by posting dazzling images of herself in high-end cars and fancy apparel. Snoop Dogg, the rapper, gave her a significant break when he shared one of her videos on his social media accounts. Other rappers, such as Plies and Chief Keef, helped spread the word about her videos, which helped her gain more attention online. Her first Instagram account was removed because she made racist remarks that violated the platform’s regulations.

She did, however, create a second account to publish her content. Vicky has her own YouTube channel where she shares twerking and rapping tutorials. Vicky has since released tracks including “Don’t Like Me,” “Back N Forth,” “Cash App,” and “In Da City.” Vicky has gotten a lot of social media attention. Last year, she claimed to be Black. It was then that she claimed to be from Zone 6, the Atlanta neighborhood that gave us Future, Childish Gambino, and Gucci Mane. Many reacted angrily, believing she was white. Vicky has sought to prove her race by offering odd proof. She utilized ancestry.com to find black kin. She also started twerking and rapping. Vicky will use the N-word in many social media videos, saying her race gives her permission.

Woah Vicky has a total net worth of $300,000 USD, which she has accumulated entirely through her love and dedication for music and other artistic endeavors. her’s enthusiasm for music, as well as her status as an influencer and an Instagram personality, had brought her a great deal of money and popularity.