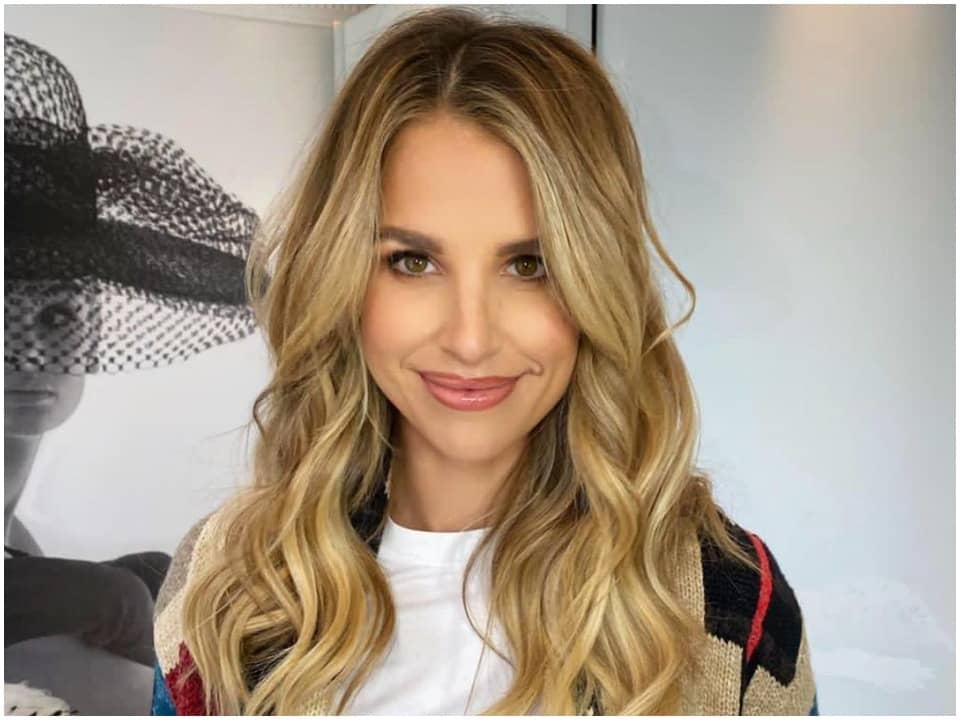 An Irish model and media personality, Vogue Williams came into lime-lights through her amazing talent. She has appeared on numerous television shows and radios. She is also an actress and a producer. Vogue is an ambitious and skill-full lady known for her simplicity and decency. She has generated her fan base all over and is considered one of the best-looking media personalities.

Vogue Williams was born on 2nd October 1985 in Dublin, Ireland, and was raised in Portmarnock, a northern suburb of Dublin by parents Sandra and Freddie, who were former car salesman. Her parents parted their ways when Vogue was 7. Her father died in 2010. She grew alongside two siblings, brother, Frederick, and sister, Amber, and was the youngest. She also has two half-siblings from his step-father Neil Wilson, a property developer, best-known for establishing IT Company Datalex.

Vogue went to study at all-girls Santa Sabina Dominican College in Sutton. Later for her higher education, went on to attend Robert Gordon University in Aberdeen and graduated with a degree in construction design and management. For her internship, as a part of her degree, she served for six months in London on building sites. For her further studies, she came back to Dublin and enrolled in the Dublin Institute of Technology, and graduated with a degree in quantity surveying.

Williams initiated her professional career while acting in an Irish reality Tv series ‘Fade Street’ on 11th November 2010. Later, she went to the 12th series of Dancing with the stars as a contestant with Christopher Page as a partner in Australia. Williams along with Brian participated in the ITV celebrity dancing competition called Stepping Out and finished in the second position in 2013. On 4th February 2015, she participated in the Bear Grylls: Mission Survive and finished winning the show on 3rd April 2015 beating Kelly Holmes and Mike Tindall.

Furthermore, she appeared in a celebrity episode of Catchphrase along with Brian. She also appeared as a guest panelist on an episode of ‘Loose Women’. On 3oth October 2016, she was a guest celebrity at Haunted Hotel on W. In February 2017, she participated in the 4th series of The Jump and was pulled out due to injury sustained whilst training. In March 2020, she became the new host of Sunday Breakfast on Heart FM.

This famous personality is active on social media for quite a long and never miss a chance to flaunt her body and talent on various social media platforms. On her Instagram @voguewilliams, she has a reach of 851k followers. She usually posts her pictures and videos with friends and family. On her Twitter, the model has earned 86.2k followers under her username @VogueWilliams.

Vogue started dating Brian McFadden, a former Westlife singer in May 2011. The couple announced their engagement on 12th January 2012 and tied knots on 2nd September 2012. After three years of marriage, they decided to part ways and made the announcement on 7th July 2015. They got divorced in 2017. Later in January 2018, Vogue got engaged to Spencer Matthews, a reality TV star and they took vows on 9th June 2018. The duo welcomed their first baby boy on 5th September 2018 and was blessed with an adorable baby girl on 22nd July 2020.

Vogue is a successful supermodel and an actor. She has done numerous endorsements and promotions for many brands. He owns a private jet. As per research, it is known that she purchased an apartment in Howth, near Dublin in June 2015. Information regarding her cars is under review. She is an owner of a huge bank balance which is estimated up to $50 million and her annual income is under review. At present, she is leading a lavish lifestyle while spending time with her family.