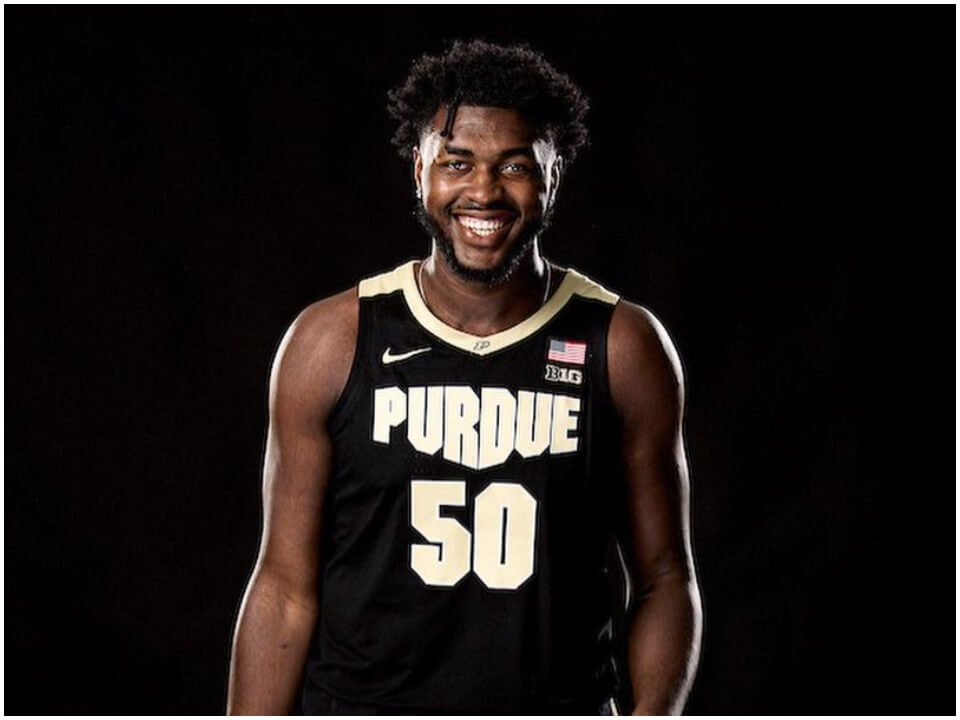 Probably one of the best and fierce college basketball players at the moment, Trevion Williams plays for the Purdue Boilermakers of the Big Ten Conference. He was also a part of the FIBA Under-19 World Cup representing the United States and even won a gold medal.

Trevion Williams was born on September 16, 2000, in Chicago, Illinois to father Theodore Williams and mother Shawndra Lewis. He learned to play basketball from his father who took him to pick-up games at city parks and made him interested in the sport.

When he was in his childhood, his parents got separated and Trevion began living with his mother and grew up in the neighborhood of Chicago until his uncle, Tyjuan Lewis was shot and killed in front of their house when he was 15. This incident left Williams in trauma and led his family to move to Detroit where he completed his further education in Michigan.

Growing up in Chicago, Trevion attended Mount Carmel High School in Chicago where other players such as Donovan McNabb, Simeon Rice, and Antoine Walker all graduated. Later due to his uncle’s tragic death, Williams transferred to the Henry Ford Academy School for Creative Studies in Detroit, Michigan. Upon completing his education, Trevion started to attend Purdue University and is currently majoring in organizational leadership from the university.

Williams began his career in basketball when he was still in high school. As a freshman, he led his school team in Chicago to a 26-0 record and later transferred to Henry Ford Academy where as a junior he averaged 22 points and 25 rebounds per game. By the end of the season, Trevion injured his left foot thus reducing his games, but even though he was recovering, he played for The Family at the Nike Elite Youth Basketball League.

As a senior, Trevion averaged 20 points and 21 rebounds per game, which led his team to the district title. the same season he became the finalist for the Mr. Basketball of Michigan award and earned First Team All-State honors. In 2017, he got committed to Purdue University and started to play college basketball but initially, as a freshman, he received limited playing time because of his sudden increase in weight but soon lost almost 23 kgs but the end.

In January 2020, Williams recorded 36 points and 20 rebounds, making the best marks of his career, in an 84–78 double-overtime loss to Michigan. Soon he became the first Purdue player to post at least 35 points and 20 rebounds in a single game since 1971. In the next season, as a Sophomore, he played a total of 31 games and recorded 7.6 rebounds per game. Williams also represented United States at the FIBA Under-19 World Cup held in Greece where the team grabbed a gold medal. In the upcoming years, he will be most likely to be one of the best prospects in the NBA world.

Coming to his personal life, Trevion seems to be a private person when it comes to discussing his relationship. It seems like the young player wants to focus on building his career as a professional basketball player, rather than diverting his focus on any relationship. As of now, the 20-year-old basketball player has an official verified Instagram account by the username @__.sensational.__  and has 16.6k followers. Trevion is an active user, he often clicks from the games which he has played, moreover, he also shows a lot of affection towards her mother through social media. Other than his he does not seem to be much active on any other platform.

Though it is uncertain of the young basketball player’s net worth as he is enrolled in college and playing basketball. Although, we can only estimate his fortune as of 2021 would be around $100k. His source of income comes from being one of the best basketball players in the college league.