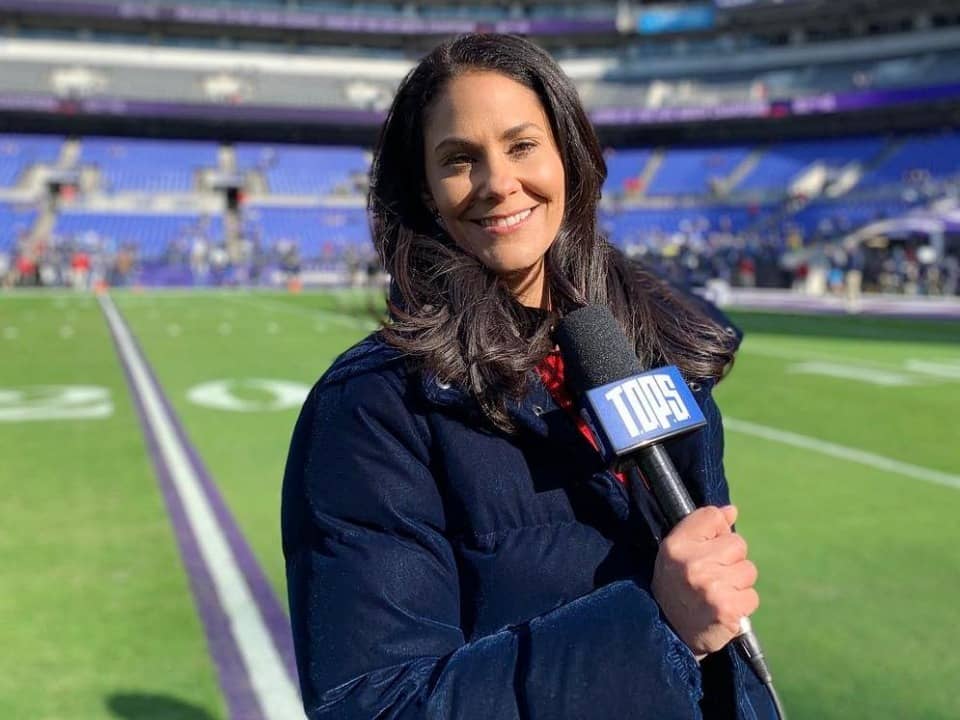 Tracy Wolfson is America based sportscaster who works for CBS Sports. She is one of the most loved personalities in the CBS network who spent almost 16 years who covers most of the gossip around sports. Tracy gained a huge fan following from her excellent casting in NFL games especially 2018, 2015, and 2013 Super Bowl.

Tracy Wolfson was born on 17th March 1975 and brought up in Congers, New York. She went to Clarkstown High School North and attained her education there only. She has graduated from the University of Michigan with a degree in communications. Tracy began her career at WZBN in New Jersey as a sports anchor that was further on-air. She also presented a report on “Long Island News Tonight” which is a local long island news station being run by a college. Later, she worked for MSG Network as a reporter and an anchor. She covered the news related to football, arena football, college football, golf all for ESPN from 2002 to 2003.

Tracy Wolfson is the field reporter for all types of live CBS sports football and basketball. She works as a leader with the team which supports the on-air in each category of live sports that is used to cover. She has also worked as a sideline reporter at CBS college football since 2004. Recently, she has been designated as one of the best parts of the team that supports the broadcast of college football in the country. She worked as a sideline reporter taking the interviews of coaches and giving an update on the health or any injuries to any player on the field.

Tracy is currently residing in Tenafly, New Jersey. She is married to David Reichel and they both together have three sons. The pair have been married since 2001 while Tracy has been with CBS Sports Network since 2004. Tracy Wolfson has also worked for CBS Sportsdesk while being an anchor. Tracy seems to be slightly active on her social media platform including Instagram. As per her Instagram profile, it says that the couple named Wolfson and Reichel married on 31st December 2001. They together have been married for 17 years. Wolfson posted an Instagram post celebrating their anniversary with the caption that says”17 years today!”

She thanked her husband for being a loving husband, father, and friend on the path of her life. She said in the caption that she loved her husband and she even could not imagine a part of life without him. The most interesting fact is that both Wolfson and Reichel have attained the University of Michigan. Wolfson often used to post pictures of her with other family members while dressing up. They together have three sons who are together studying a school and are in 7th, 4th, and 2nd grade respectively.

As of 2018, Tracy has a net worth of around $ 4 Million which she used to earn out of her sportscaster career. She has also worked on radio and it is assumed that her wealth is expected to increase as she is continuing to work maintaining a high-profile career life.