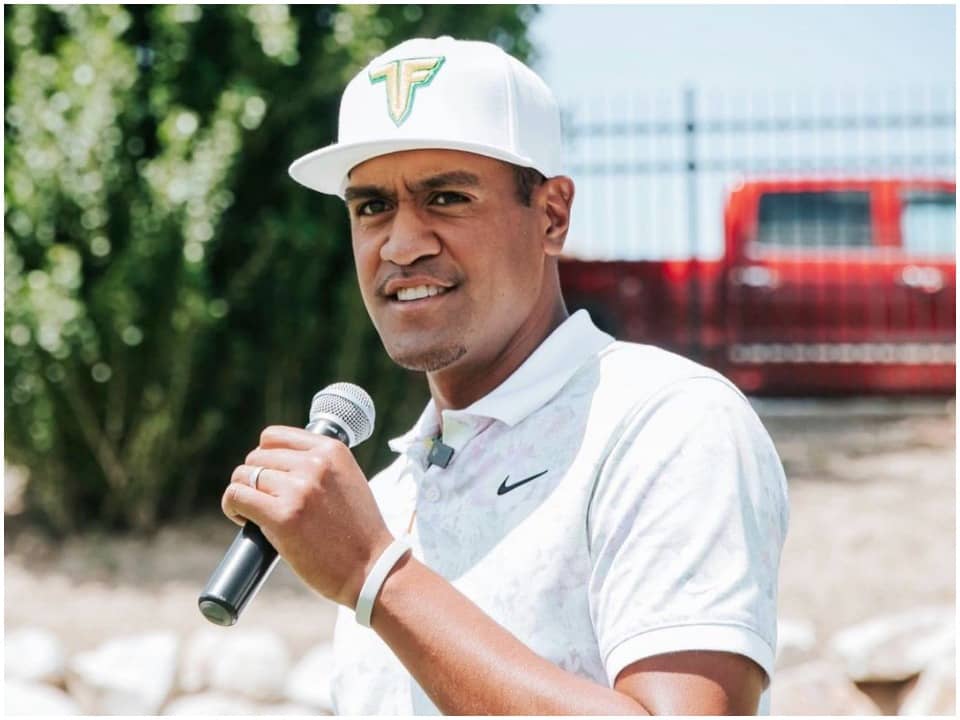 Tony Finau is an accomplished American golf player who is currently playing in the Ryder Cup 2021 from Team USA. He plays for the PGA tours, the main organization for professional golf tours that arrange tours in the United States and North America.

Tony Finau was born on 14th September 1989 in Salt Lake, Utah to Kelepi Finau (father) and Ravena Finau (mother). He was raised in a family which was struggled a lot with financial conditions as he grew up with his six siblings- Gipper Finau, Kaylene Finau, Heilala Finau, Kelven Finau, Pianola Finau, and Tevita Finau. His father didn’t have a lot of money, he used to work in graveyards. Kelepi loved his children and made sure that they didn’t have to suffer because of a shortage of money. He purchased used equipment and also built a make-shift practice center out of the garage for his children to practice golf. Tony’s mother also supported him a lot but she sadly died in a car accident. He went to West High school and became a professional golfer while studying.

Tony stepped into his professional career of playing golf when he was just 17 years old and studying in high school. He has worked hard since then to achieve what he has now. He began playing on mini-tours which include the Gateway Tour, NGA Hooters Tour, and National Pro Tour. In 2009, he competed with his brother Gipper on the Golf Channel’s The Big Break. Tony started playing on the PGA Tour Canada in 2013 and made seven cuts in eight starts. A golf tournament Stone Brae classic in 2014 made him earn his first title.

After that in March 2016, he won his maiden title on the PGA Tour at the Puerto Rico Open. He qualified for the first three majors in 2018. Tony was named as a captain’s pick for the 2018 Ryder Cup at Le Golf National. He played on the U.S. team at the Presidents Cup at Royal Melbourne Golf Club in Australia in 2019. Tony recently won the 2021 Northern Trust, beating Cameron Smith in a playoff.

Tony is present on various social media platforms and so many people follow as well as admire him. He is active on Instagram under the username @tonyfinaugolf and 414k people follow him. Tony is also available on Twitter as @tonyfinaugoals with a fan following of 169.1k followers. He also has a page and Facebook which is followed by 2.9k people.

Tony Finau is married to Alayna Galea’i-Finau and the couple has four children together – Jraice, Leilene Aiaga, Tony, and Sage. The family is spotted together at The Church of Jesus Christ of Latter-day Saints on Sundays. Tony has a big heart and believes in doing charity. He runs his own foundation which aims at empowering youth and their families in the local community for playing golf.

Tony Finau is an American professional golfer who has a net worth of $12 million. Every year he earns millions of bucks by playing in Tours. His earnings are basically from the price he receives by winning tournaments. He stands 63rd on the PGA career earnings list with $25,393,467.