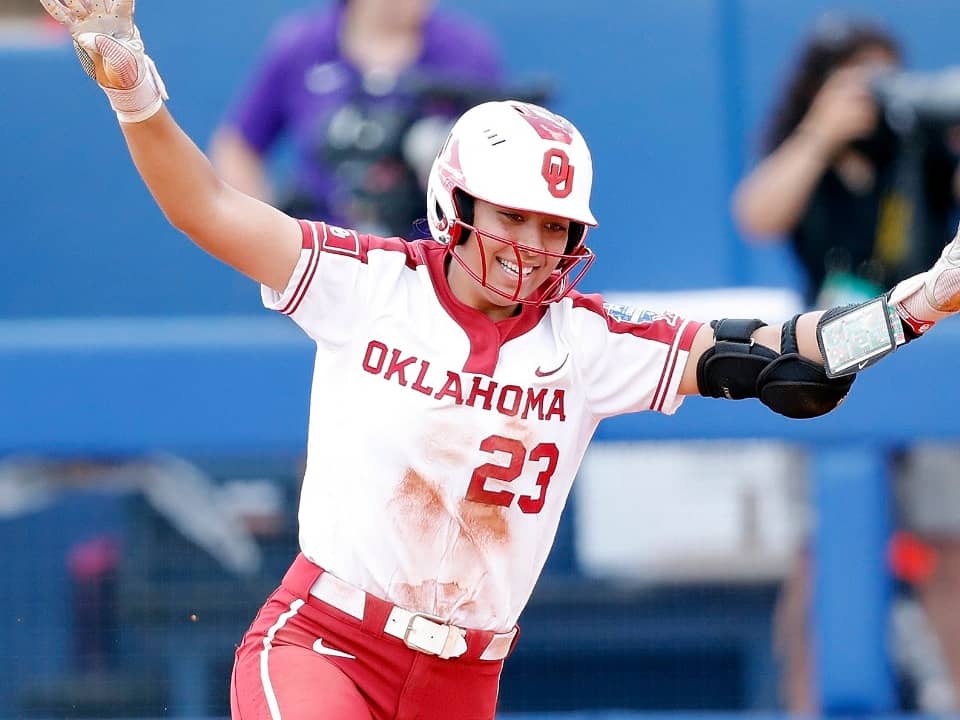 Tiare Jennings is an American softball player who plays for the college softball team at Oklahoma University. She had an impressive high school softball career and was also the 2019 Gatorade player of the state for California. Recently she was named the NCAA freshman player of the year 2021. Tiare is one of the rising stars from the OSU who might we see doing wonders in the professional scene in the future for sure.

Tiare was born in San Pedro California, USA to her parents Maria and Ignacio Jennings. She was born in a Christian family and is of mixed ethnicity. Her family is Mexican immigrants and she grew up in California she is known to have two siblings named Elai and Fa’atele. Her family has a number of sportspersons and it is known that her cousin Keilani also played college softball in New Mexico.

Tiare hasn’t shared much about her early life but she is known to have completed her high school education at St Anthony’s High School. She was part of the school’s softball team as well and graduated in 2020. She received acceptance from the University of Alabama, Arizona as well as UCLA but she chose to join Oklahoma University. Tiare is currently a freshman year student at OU and also part of the college softball team as an infielder but her major in studies is unknown.

She started her career in softball in high school. Tiare had always been in touch with the sport as her cousins were also softball players. She joined the high school softball team and instantly started making new records and winning streaks.  In 2017, she became the CIF division 6 player of the year and also won her first-team All-CIF honor and All-state Honour in her freshman year of high school. She also led her team to win the 2019 under 18 USA world Fast Pitch Championship and the same year, she maintained a batting average of 0.710 and hit six home runs. In her senior year of 2019, she was ranked as the No2 player on the Elite 100 list by Extra Inning Softball and on the Hot100 list by Flosoftball.

She also became the 2019-20 Gatorade Softball player of the year for California for maintaining an excellent batting average and incredible performance throughout the year. Tiare is currently a part of the college softball team, Sooners at Oklahoma University, and is currently in her freshman year. She started off the season with an impressive record and has soon become of the most promising players for the team. She recently made new records and broke the record for most home runs in the 2020-21 season. The team is currently at national rank number one and Tiara has contributed significantly to the position. She smashed 27 home runs this season in the Women’s College World Series and became the 2nd place holder for most home runs in the country.

Tiare is a college softball player and as of now, she hasn’t started playing professionally. As college sports are mostly unpaid, it is difficult to assess her income. She is known to have earned through prize money received from the games and tournaments won by her teams. Other than this, she has not disclosed any other means of earning. Her family net worth as of 2021 is estimated to be around $250,000.