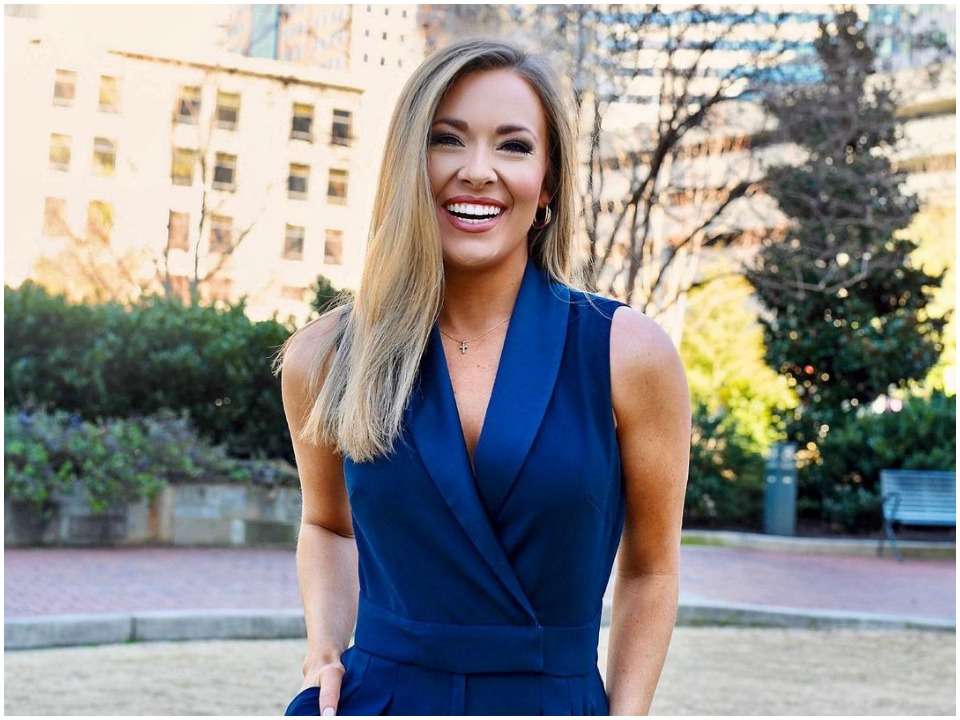 Taylor Davis is an American sports Reporter and host famously known to be affiliated with the ESPN network where she covers Football exclusively among many other different sports. She is widely known for her excellence and charm at work and also for her extremely great taste in fashion.

Taylor Davis is believed to have been born in the early 1990s and is currently in her late 20s. However, she has not shared her exact date and year of birth. She was born in Charlotte, North Carolina, and is also currently settled in the city. She has not shared any details about her parents or family but is believed to be a Christian. Taylor is known to have completed her college education from the University of Auburn in 2014 and graduated with a Bachelor of Arts degree in Broadcast Journalism. While at college, she was part of the student alumni association and student eminent society.

Taylor has a definite career path after high school and to complement her college studies, she interned at FOX6 WBRC where she got a lot of field and newsroom experience. She also worked as a cast member and professional organizer at The Amandas of Organized Affairs, LLC. Post her graduation, she took up a job as a sideline reporter at the SEC network in Charlotte where she covered Gymnastic live. She worked there for a short while and soon joined the ESPN network as a production assistant and content associate and gained a lot of experience.

She was later promoted to work as the digital correspondent in 2015 and worked at the position for almost 3 years. In 2019, she joined to work as a podcast host at Carolina Panthers and is also currently working at the same position along with her job as the sideline reporter for ESPN. She is experienced in public speaking, sports coverage, camera operating as well as social media. She currently covers KC royals Royals as an Insider and is a CFB reporter for the ESPN network.

Taylor currently has 12.9k followers on her Instagram account and also has a Twitter account since 2011 where she currently has 6578 followers. along with this, she has also maintained her Linkedin profile up to date with 182 connections.

Taylor has been working as a sports reporter for the past several years and has been highly successful in her career. She has managed to earn a generous income over the years and her net worth as of 2021 is estimated to be around $1.5million.