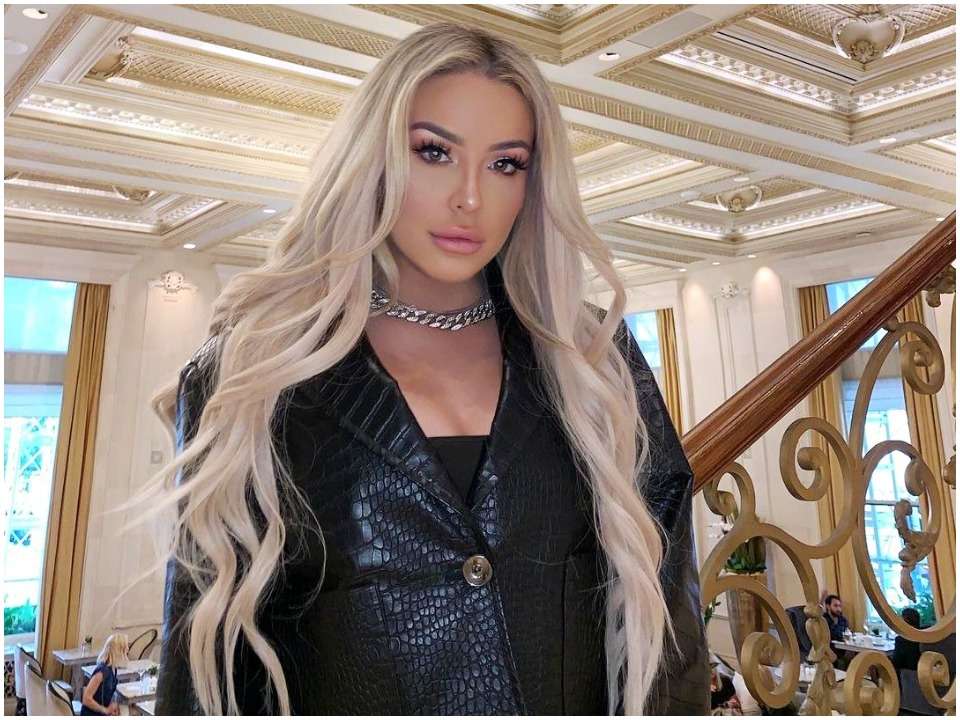 Tana Mongeau is an American personality who is best known for her internet appearances. She also posts a lot of content on social media and is a star on her YouTube channel. Apart from her social status, she quite often became the headlines of leading media because of her controversial approach. She recently claimed that she had been hooking up with Cody Ko, a fellow Youtuber in her recent podcast.

Tana Mongeau was born on 24th June 1998 to her parents named Rick and Rebecca Mongeau. Tana was brought up in Las Vegas, Nevada. While filming for MTV No Filter: Tana Turns 21, Tana revealed that her parents lacked parenting skills which made her have a strained childhood.

Tana filmed for her debut single named “Hefner ” which was released in November 2017. The music video featured Bella Thorne. That same month, She was filmed for another video of Maury. The lady collaborated with Lil Phang and Dr. Woke for her song titled “Deadahh” (released on 15th December 2017). Tana released her second solo single called “W” on 1st March 2018. Her third solo single was named “Fuck Up” and was released on 31st August 2018. She made it public that she would be hosting her convention with the title TanaCon in the same city where VidCon 2018 happened from 22-23 June. She intended TanaCon to be an alternative to VidCon after the organizers of VidCon failed to give rights to the convention to Tana for her “featured creator”.

On the other hand, TanaCon took place in Anaheim, California on 22nd June 2018 but was later canceled the same day. There were over 80 creators who were all set to hold the event. Despite Tana claiming that 20,000 people tried to attend the convention, 4,000 to 5,000 people attended the convention and later complained about the lack of food and water. The audience had to stay there for the whole sunny day in the peak hours of the sun. It was reported that many people were sunburned and some passed out because of the heat of the sun. The event was criticized by many and received lots of attention. The Verge said that the fans asked for their refund after the event. On the other hand, Tana apologized for the show and said that the refunds will be provided to them.

Tana Mongeau describes herself to be bisexual. At the start of her YouTube career, she was dating Somer Hollingsworth. The boy was featured in many of Tana’s vlogs before they finally announced their breakup in June 2017. Soon after her breakup with Somer, She was all set to get into a new relationship with Bella Thorne which she continued from the summer of 2017 till February 2019. Later, Tana dated Sousa from February to April 2019. Soon after her another breakup with Sousa, she dated Jake Paul. In May 2019, Tana reported that she had filed a lawsuit against Lil Xan who cheated on her and moved on with Noah Cyrus. Later, on 24th June 2019, the YouTube girl and Jake Paul announced that they were engaged.

The couple announced their wedding on 28th July 2019 in Las Vegas at Graffiti Mansion. Later, the couple announced that their marriage was not legally prepared but all she did was love Paul genuinely. Tana briefly changed her YouTube name to Tana Paul but again got back to her previous name Tana. She has changed her name on all her social media platforms replacing it with Tana Mongeau. Soon, the YouTube girl was rumored to be connected with Mod Sun. it was announced that they both were quarantined together in the pandemic COVID-19. Later in July 2020, it was rumored that she was dating another person of her life named Francesca Farago. Two months later, the two started feuding on social media when the YouTube girl Tana announced that she was dating Francesca’s ex, Harry Jowsey.

Tana Mongeau is an American internet personality who has gained a lot of good fortune because of her work. She is best known for her rapping style and has gathered around $4 million as her net worth. Tana is a very famous personality on YouTube and accumulated more than 5 million subscribers on her YouTube channel.