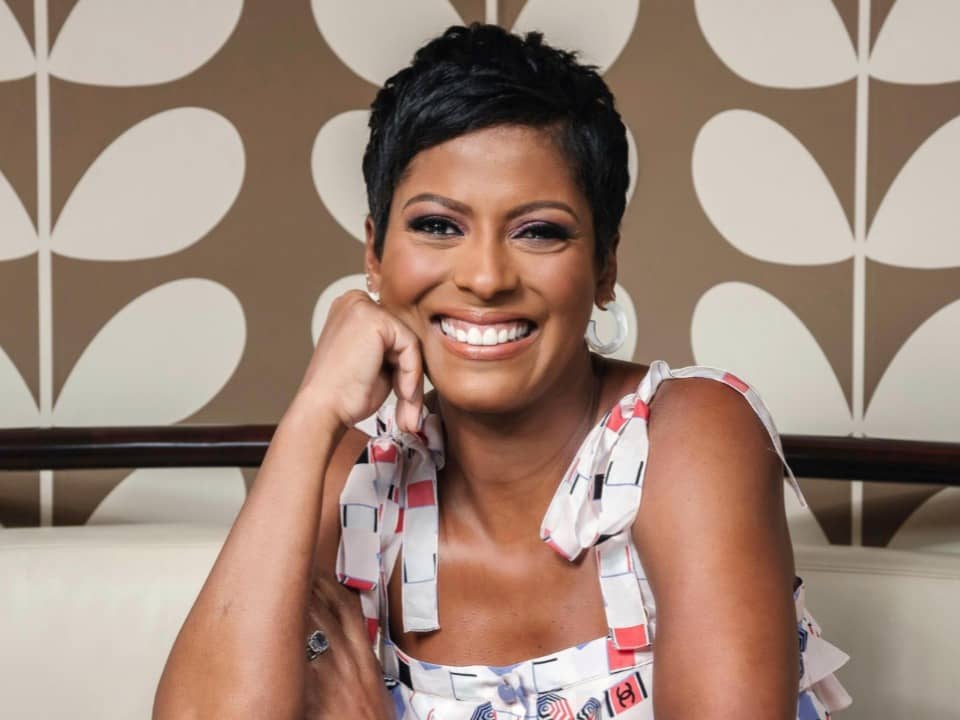 Tamron Hall is an American Journalist, Anchor, and Co-Host for many Channels. She has been featured in major publications like Ebony, Forbes, People, and The Huffington Post. In October 2021 she will be releasing her novel named As the Wicked Witch with a 100,000 copy first print. She is also the recipient of many notable awards like the NAACP, Daytime Emmy, and Gracie Awards.

Tamron was born on 16th September 1970 in Luling, Texas, United States of America. The name of her mother is Mary Newton while the detail about her father has not been under any limelight. According to sources she has step-siblings named Renate and Todd. At a young age, she was very much enthusiastic about knowing current affairs.

Tamron has completed her high school education but the details about her schooling were not shared with the media. For her further rand higher studies she went to Temple University. Over there she received a degree in Bachelor’s of Arts in Broadcast journalism.

Tamron began her career in the field of Journalism. In 1992 she began working as a General Assignment Reporter for KBTX Media. After two years she started working for KTVT/ CBS DFW for three years as General Assignment Reporter. In 1997 she was hired as Anchor and Host for Fox Television Stations. She spent 10 years working over there and was nominated for an Emmy in 1999 for her consumer report segment “The Bottom Line”.

In 2017 she began dating Steven Greener who is a Music Executive. After two years they got married in a private wedding ceremony. On 25th April 2019, she gave birth to a baby boy named Moses Hall Greener. They currently are residing in Harlem, New York City, United States of Manhattan.

Hall has earned a lot in her career as a journalist. She is currently working for three channels as co-host and anchor for the show. Her salary is estimated at $2 million annually. According to sources her net worth has been estimated at around $7million. Some other sources of her income are by attending events and sponsorship.

Tamron is a very popular journalist and her work is loved and appreciated by her fans. She has worked for many television channels as an anchor and Co-Host. Along with that she also hosts her own show named Deadline: Crime with Tamron Hall.  She is happily married and learns a lot from her life. We wish her the Best of Luck for her upcoming shows. She also stands against domestic violence and has raised $40,000 which benefited Day One New York, helps to fight dating abuse.