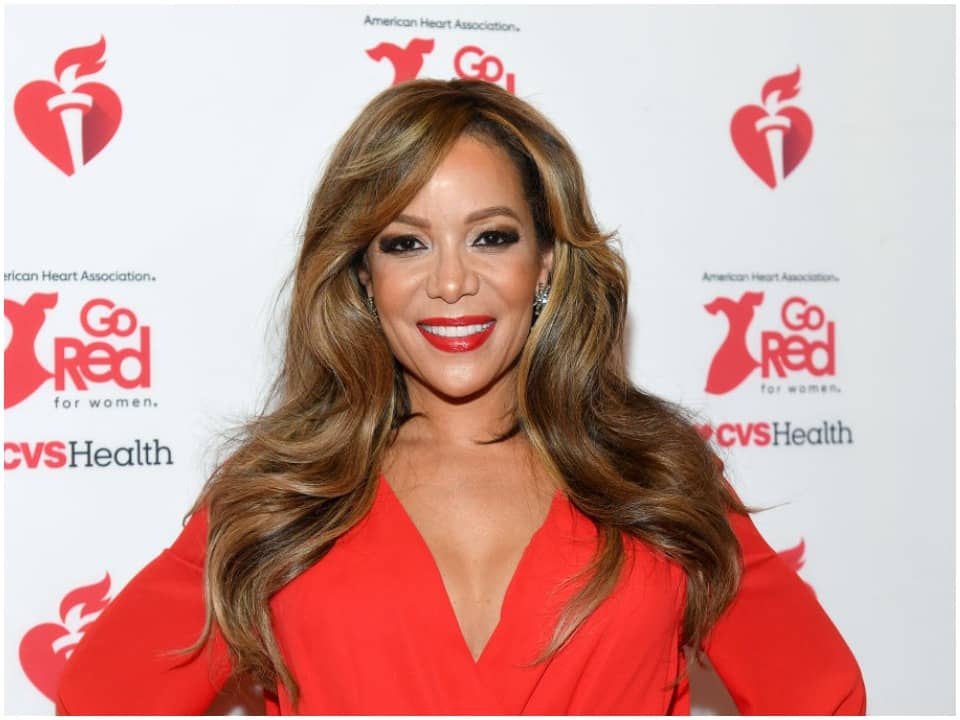 Sunny Hostin is an American Lawyer, Writer, Journalist, and host famously known as the host of the talk show The View. She is well-known and respected for her knowledge and expertise and also works as an analyst with ABC news. Apart from this, she has also gained recognition as the executive producer of her true crime show Truth About Murder with Sunny Hostin.

Sunny Hostin was born as Asuncion Cummings Hostin on 20th October 1968 in New York, USA. She grew up with her mother Rosa Beza and father William Cummings and belongs to mixed ethnicity as her mother is Puerto Rican and her father is African American. She is highly fluent in Spanish and English.

Sunny completed her high school education at Dominican Academy all-girls high school and later for her college education, she attended Binghamton University. She graduated with a bachelor’s degree in English and Rhetoric and further went on to pursue law from Notre Dame Law School from the University of Notre Dame.

Sunny started her career as a lawyer and took a job as a law clerk to Robert M Bell, retired chief judge of Maryland Court of Appeals. She worked there for a while and later became a trial attorney in the US Department of Justice. Sunny initially worked in the Anti-trust division but left to become a prosecutor. She practiced as a prosecutor in child sex crimes and her work in the field of child abuse and child sexual predators earned her the special achievement award from Attorney General Janet Reno. Sunny became the Managing director of Business Intelligence and Investigations at Kroll, a risk consulting company, and also worked to uncover fraud in business areas.

Sunny also wrote several articles on legal, criminal, financial, and political issues in famous publications like Forbes Women, Uptown Magazine, Essence, New York Post, Wall Street Journal, etc. she is also a well known public speaker known for her oratory work in Corporate, academic and journalist events. She started her career as a commentator when she first started working in Court TV and later went to join the Fox News channel as a host. Sunny worked in the weekly legal segment on the show The O’Reilly Factor where she made an in-depth analysis and discussion on legal topics. She worked there till 2007 after which she joined the CNN network.

At CNN she started working as the legal analyst for shows like News Day, Newsroom with Brooke Baldwin, AC360, and most significantly for American Morning. She discussed several legal issues on the show and later also went on to become the executive producer for her own weekly segment named “Sunny’s Law”. Meanwhile, she also appeared as a regular guest on the ABC channel show The View in 2014, and by the year 2016, she permanently joined the ABC network and also became a host on the show.

She also became a podcast host for the ABC podcast Have You Seen This Man? In 2019, she produced a documentary series Truth about Murder with Sunny Hostin where she uncovered various homicide stories and crimes. She also released a memoir titled I am These Truths recently in 2020 followed by a novel summer on the Bluffs.  She is currently set to be the executive producer of the show The Counsel based on her career and life.

Sunny is currently married to her husband Emmanuel Hostin, an Orthopedic Surgeon. They have not shared much about their personal and married life with the media. They also have two children together named Gabriel and Paloma Hostin. Currently, she is settled with her family in Westchester County, New York.

Sunny was recently found to be positive with the COVID-19. She was live on television on her show The View as a host and was in the middle of a scheduled interview with Vice President Kamala Harris when she along with another host Ana Navarro, was asked to exit due to being COVID-19 positive. Sunny currently has 248k followers on her Instagram account and 258k on her Twitter handle. She also has a Facebook page where she currently has 77k followers.

Sunny has been working successfully as a lawyer, host, and analyst for several years and has been earning great wealth and income. She leads a lavish and luxurious lifestyle and her net worth as of 2021 is estimated to be around $3 million.