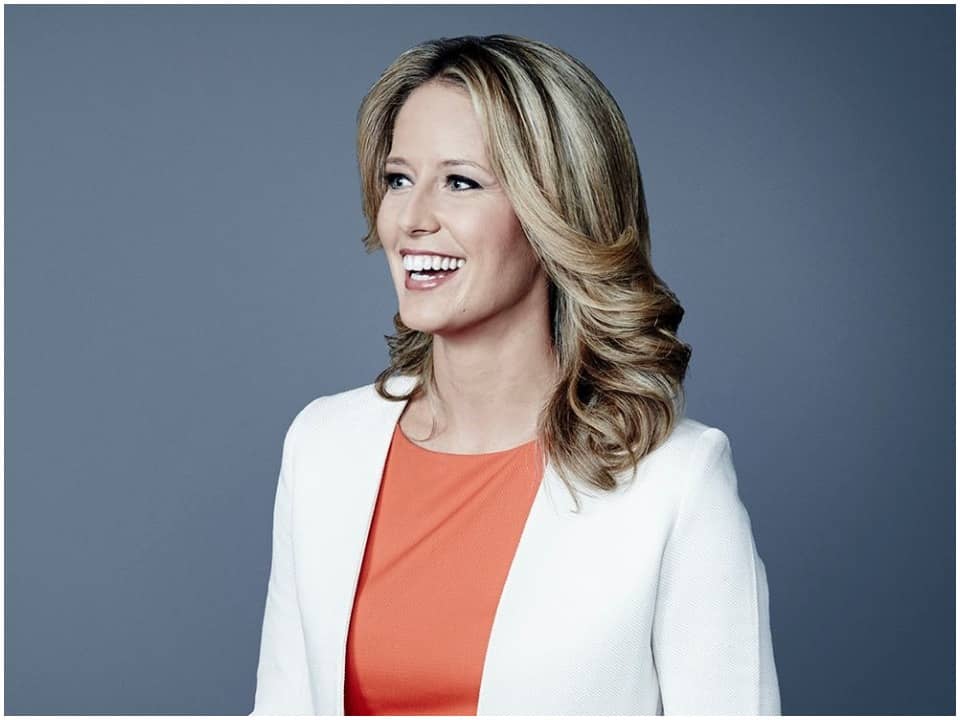 Sunlen Serfaty is an American journalist and reporter currently working as the CNN white house correspondent. She is one of the most prominent journalists in America and has covered various important political events and campaigns. She is a household name among journalists and is well known for her strong charisma and excellence in the field of reporting.

Sunlen Serfaty was born on 6th April 1981 in Richmond Virginia, USA, and grew up with her parents Denise and William Miller. Her father is a renowned arbitrator and Mediator while her mother is a marketing communications specialist. She also has a sibling sister whose name has not been disclosed. She is a white Caucasian and follows Christianity. Sunlen completed her high school education at a local high school in Virginia and later for her college studies, she went on to attend George Washington University, Elliott School of International affairs, and completed her degree in international affairs and communications.

She started her career as a journalist in the year 2003 when she joined Washington Post as an Associate Producer. She helped in the production of various radio and tv shows for the media house for one year until she moved on to work at WJLA TV, an ABC affiliate. At WJLA, she started working as a local general assignment on weekends for several years where she also covered a lot of breaking news stories. She soon got promoted to ABC news network as a reporter after her excellent work at the affiliate. She joined ABC News as a white house correspondent and covered some major political events such as the 2008 presidential campaigns.

After a while, she went on to work in CNN Newsource in the Washington Bureau and worked with several affiliate channels as well. She then became the congressional correspondent for the channel and one of her significant coverage with the channel was the Donald Trump election campaign in 2016. At present, she appears on the show Reliable Sources on CNN where she covers updates and news regarding the white house and national politics.

Sunlen is currently active on Twitter where she has a total of 19.3k followers. She is also active on Instagram where she currently has 113 followers but her account is private. Other than this, she does not have any accounts on social media platforms like Facebook or Snapchat, etc.

Sunlen is currently married to Alexis Leigh Serfaty, a political advisor and senior analyst at Eurasia Group. They got married in the year 2013 and have been together ever since. The two also have a daughter together named Roosevelt Jolie Serfaty who was born in the year 2017. She is currently settled in Washington DC with her family.

Sunlen has been working as a journalist for several years and has accumulated a lot of wealth. Her estimated salary is around $50,000 per annum and her estimated net worth as of 2021 is around $2million.