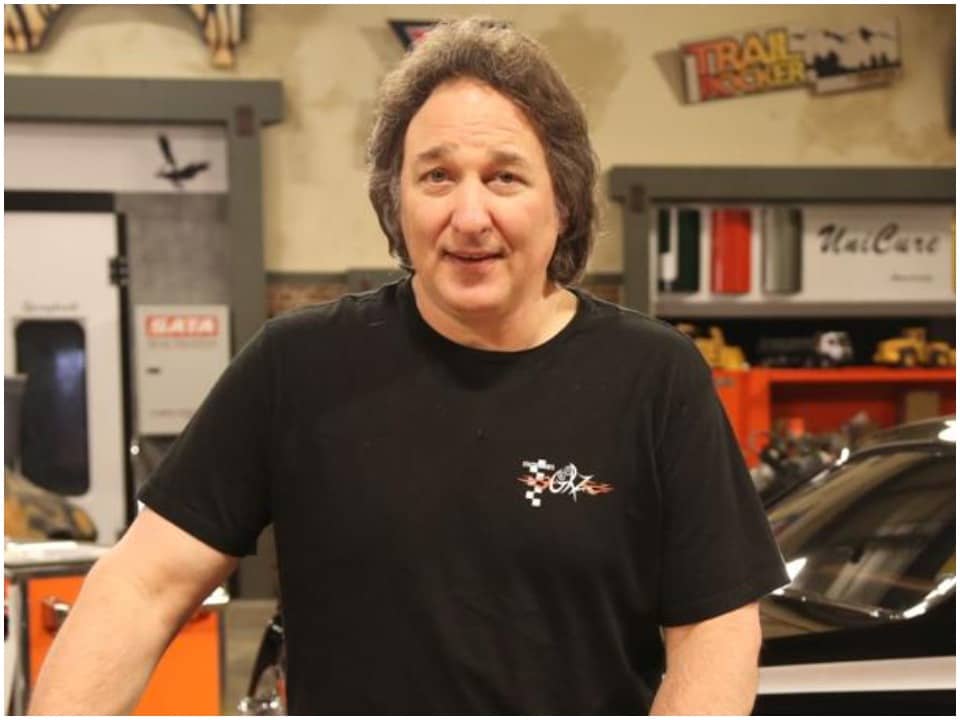 A professional vehicle modifier and television host, Stacey David hails from the United State of America. His most well-known television appearances were probably as host of the MavTV and Velocity television shows “Trucks!” and “Stacey David’s GearZ.”. He has been involved in several automobile modification and repair projects throughout his career.

David was born on the 11th of January in the city of Boise, in the state of Idaho, in the United States of America. Although, it is still unclear how old he is because no details available about his current age in the media. But looking at him, he looks in his 50s most probably. His first restoration project was his sister’s 1963 Volkswagen Beetle, which he completed when he was twelve years old. His fascination in Four Wheel Drive and off-roading began with his father’s Willys Jeep, which had a flat fender.

Stacey David is a car fanatic who spends a lot of time in his garage working on cars and other vehicles. Since he was a child, he has been interested in autos, and his fascination has grown into a passion. He is now the host of the MavTV and Velocity-produced television series GearZ. He drove a 1930 5 Window Coupe too and from school during his school years. More curiously, he created his go-karts while still a teenager by putting 440cc snowmobile engines in them, which was quite an accomplishment. As a result, he decided to seek a career in the automobile sector. At the age of 12, he performed his first successful restoration, using a 1963 Volkswagen Beetle that belonged to his older sister.

Stacey spent much of his university years studying how to race at local tracks rather than attending Biology classes. He knows a lot about racers like Don Garlits, Richard Petty, and Carroll Shelby, to mention a few. George Barris, John Buttera, and Darryl Starbird taught David how to construct vehicles, and he went on to create his own custom car shop, “Rattletrap,” in Nashville. After that, he kept pushing himself by working on new models and offering services like engine building, custom paint, fabrication, and more. His life altered significantly when Stacey David emerged on television. In 1999, he was cast as a co-host of the TV show Trucks, which he co-hosted with Mel Fair. His co-host, however, left the show in 2000, leaving him as the only host.

Stacey David is married to Kathryn David, who works as a vice-president at the GearZ. They have two children. During her time at David Entertainment and Rattletrap Productions, Inc., his wife served as the company’s general counsel, legal counsel, and finance officer. He enjoyed spending time with his family during his spare time.

Stacey has a net worth of $3 million, according to Forbes. He derives most of his income from his television show as well as from the sale and modification of automobiles. David also has his own website, which he has named Stacey David. He has his own line of stuff, in which he sells clothing such as Hoddies and Jackets and car publications.