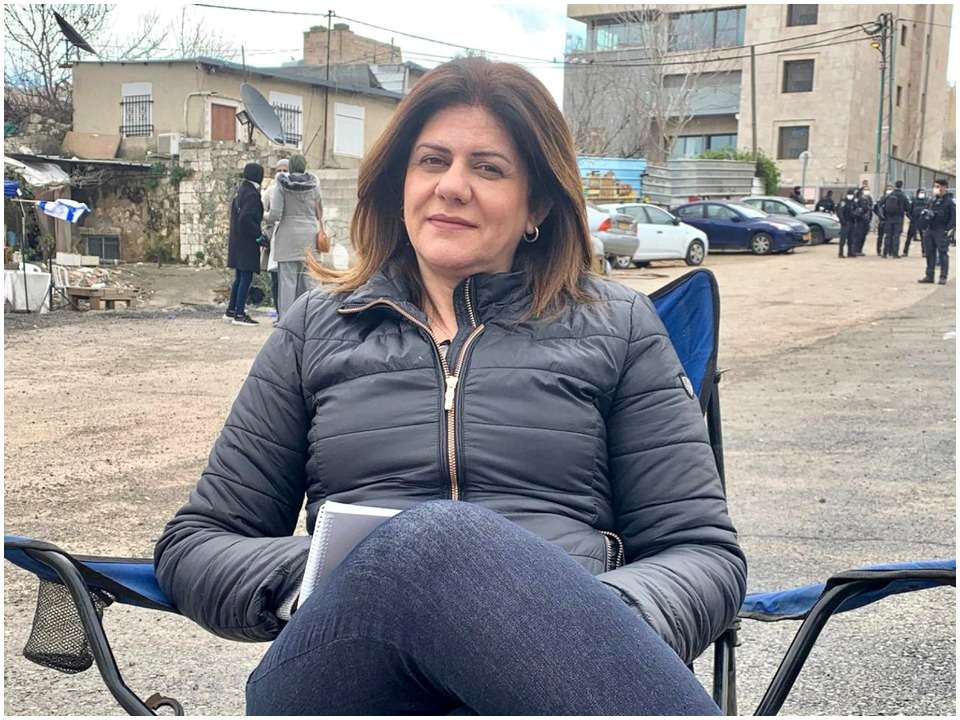 Shireen Abu Akleh was a Palestinian-American personality who was working as a journalist by profession. She was working for the Arabic-language channel called Al Jazeera, where she was working for around 25 years and was last given condolences during her death- which happened in a raid while covering the news on 11th May 2022. She was supposed to be working for the coverage of a raid on Jenin in the occupied West Bank by the Israel Defense Forces.

Shireen Abu Akleh was born in January 1971, making her around 51 years old. She was brought up in Jerusalem with her family, who all belonged to Arab Christian descent from Bethlehem. She went to secondary school in Beit Hanina and then received graduation from Jordan University of Science and Technology, where she studied architecture, and later got transferred to Yarmouk University in Jordan where she received her bachelor’s degree in Journalism. After completing her graduation in Jordan, she returned to her native in Palestine.

Shireen began her work as a journalist for Radio Monte Carlo and Voice of Palestine. Additionally, she worked for other channels including UNRWA, Amman Satellite Channel, and MIFTAH. She got highlighted with her main work at Al Jazeera, where she began working in 1997 as a journalist and became known for her reporting style on the major countable events related to Palestine including the coverages like the Second Intifada and Israeli politics.

Most of her notable coverage has included her reports on funerals for Palestinians killed by Israeli forces. Abu Akleh continued with her work and reported for the channel Al Jazeera until she was killed by the Israeli forces (as assumed that she must be killed by the gunfire of the force) in the raid in May 2022. Abu Akleh has mostly covered the Middle East and internationally-recognized levels of news for more than two decades. She was deeply associated and attached with the Palestinians and gained huge respect during her working profile in the world.

Shireen was shot and killed while covering the raid of the Israeli army in the Israeli-occupied West Bank for her news channel Al Jazeera, reporting live on Wednesday, 11th May 2022. The channel Al Jazeera says that it was the Israeli force that killed the journalist while the Israeli government says that they believe she was killed because of the gunfire from the side of Palestinians. Abu Akleh was 51 years old U.S citizen and was covering the raid on the Jenin refugee camp when she was shot and killed on her face by a single bullet although she was wearing the press vest. Also, it has been said that the TV correspondent was “assassinated in cold blood” and was targeted by the Israeli forces.

On the other hand, Israeli Prime Minister Naftali Bennett issued a statement saying that the information they have gathered says that Palestinian armed forces who were firing indiscriminately at the time were responsible for the unfortunate death of the journalist, who gave her more than two decades to the channel. However, the circumstances around the killing of the journalist Abu Akleh have not been cleared yet. She was an American-Palestinian journalist who happened to come in between the clashes between the Israeli military and a Palestinian gunman in the city. According to the news channel citing the reports, the health ministry stated that the journalist was shot and killed in her head by the Israeli forces during the raid.

Shireen Abu Akleh is said to be married and a woman with wealth and health and is occupied by children. However, no one on the news channel and near or dear ones have confirmed that she was married or having children. It would not be comfortable to say that a 51-year-old journalist was not married. However, many people in her workplace have given condolences to the family, meaning that she was well-occupied by her family members and was living together with them.

It is for sure that the famous and hard-working journalist Shireen Abu Akleh was having a good supportive wealthy life because of her only profession of journalist. She was working at Al Jazeera, the Arabic-language channel, where she developed a career of more than 25 years.