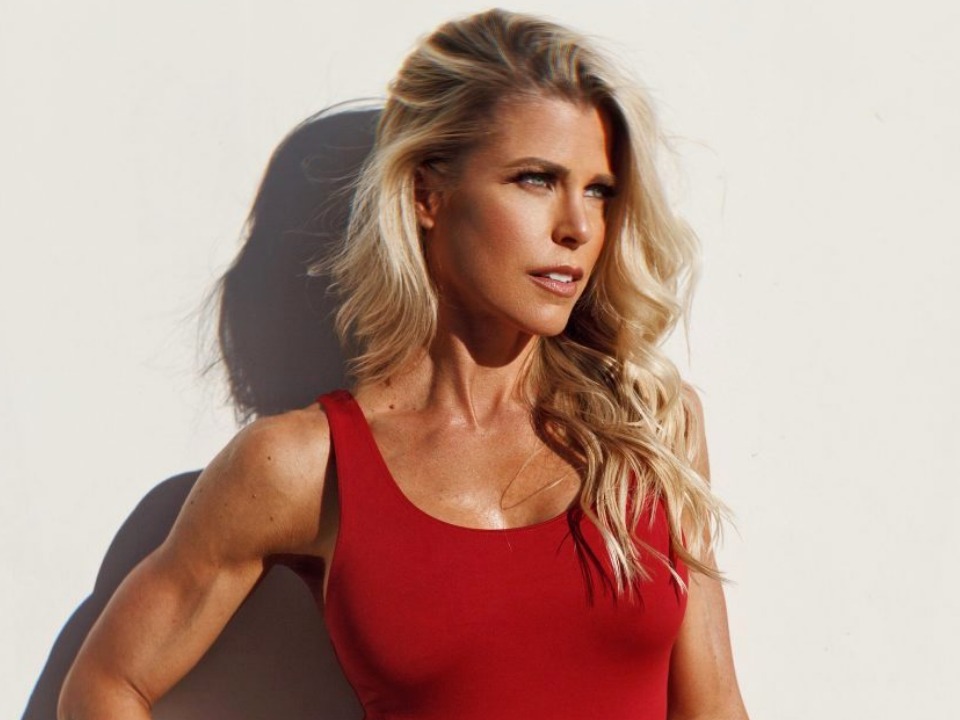 Sheree Gustin Burton is an American online fitness and nutrition coach. She is well known to be the wife of Jack Stephen Burton who is a famous American actor, together they have three children. Just a while ago, his husband Steve announced that they are parting their ways however, he also stated that they will be cooperating with each other in raising their kids despite this decision.

Sheree Gustin was born on 12th March 1977 and raised in Villa Park, California. The details regarding her parents are not known. But it is known for the fact that Sheree has a brother named, Jon Gustin who is a personal trainer who is certified in nutrition. He is married and his wife, Jessica has launched Burton Nutrition Company. There has been no information regarding Sheree’s early life and education published by her. But it is evident that she has completed her high school education, and according to sources she graduated in 1995 from Villa Park High School in California and belongs to a wealthy family as she has been a socialite and was involved in relationships in the past with Hollywood stars as well.

Gustin has been a fitness enthusiast for a long time, her husband, Steve says that she fell deeply in love and got passionate about the fitness world. Sheree became a consultant who would help her clients find out what they were supposed to eat to maintain a healthy life. She would prepare a meal plan based on their fitness, customized each, and diet according to the client’s needs. Sheree and Steve have long thought about starting their own line of supplements for years. Her brother, Joe also is a fitness freak who is a personal trainer, certified in nutrition, and has launched his own company.

Steve and Sheree plan to join Joe and launch Burton Nutrition Company which would deal with supplements, protein shakes, and many more. Moreover, Sheree has her own website under her own name for a workout for women who want to build confidence and follow the fitness path. Sheree does come up with new sets of challenges for all types of genders and ages. She is constantly updating and modifying her plans for the future and coming up with new projects through her website.

The mother of 3 is an active social media user. Sheree manages her own Instagram account under the username @1shereeburton with more than 34k followers. She is often seen posting her fitness goals, workout tips, recipes, challenges, transformation, and motivation quotes from her official account.

Sheree met Steve in 1998 and since then they have been together ever since. The couple tied the knot on January 16, 1999, and much more information regarding their personal life is not known. Together they have three children, they are Makena Grace Burton born on September 5, 2003, Brooklyn Faith Burton born on July 7, 2014, and youngest child Jack Marshall Burton born on 26 March 2006. Before getting attached to Burton, Sheree was in a relationship with actor Greg Granito in 1996 but the relationship lasted for only a year.

Recently she became a trending personality because her husband announced their separation with a shocking statement about her wife. Steve revealed that the baby that her wife is carrying isn’t his in an Instagram story, which reads,

“I wanted to clear something up. Sheree and I are separated. She recently announced that she’s expecting her 4th child. The child is not mine. We are still co-parenting our three beautiful kids. We would appreciate privacy at this time. Much luv, Steve.”

Sheree does earn a decent living by being a fitness and nutrition coach. She has her own website where she updates new challenges which range from $80 to personal coaching of $1200. As of 2021, her net worth is roughly estimated to be around $500k US Dollars, whereas her husband’s net worth is approximately $3 million US Dollars, the couple together resides in their private housing in Newport Beach, California.