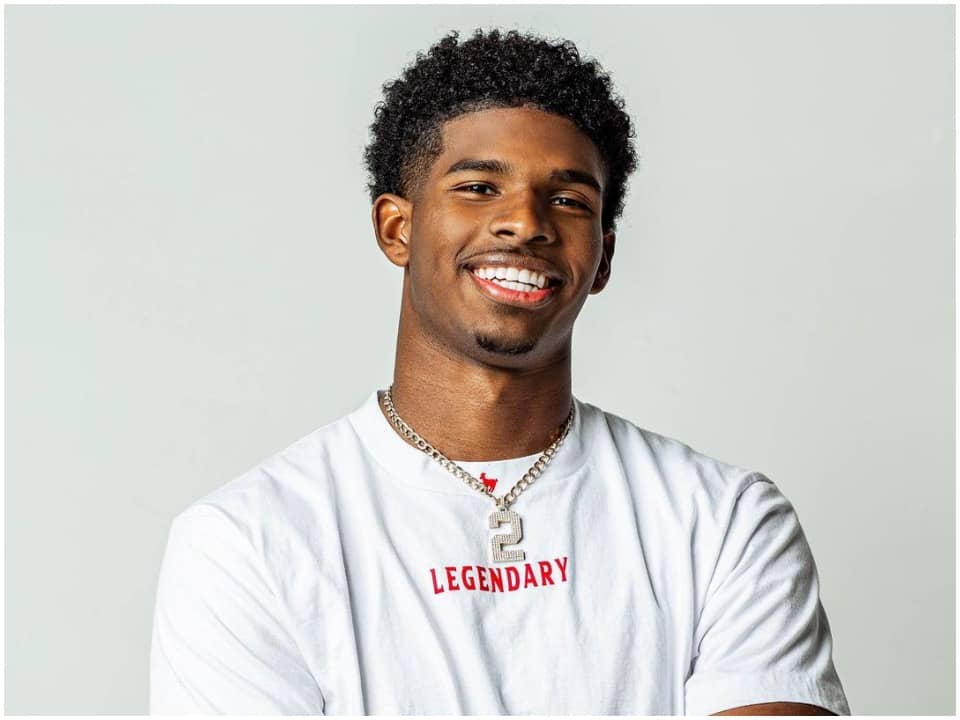 Shedeur Sanders is an American football player who currently plays as a quarterback for the Jackson State University team Tigers and is known for his great high school career and records. He is also famously known as the son of NFL legend, Deion Sanders.

Shedeur was born on 7th February 2002 in Texas, United States,  to his father Deion Sanders and mother Pilar Biggers. He started playing football when he was eight and was coached by his father who is also his coach till present and works as Jackson State University Head Coach. His parents are separated in 2011 and he has since been living with his father. He has two siblings Shilo and Shelomi and two step-siblings, Deion Sanders Jr and Deiondra Sanders. Shedeur completed his high school education at The Trinity Christian high school in Texas where he was part of the high school football team as well. He later went on to join Jackson State University and is currently part of the college team.

Jackson started his career in high school where he was part of the school football team. In his junior as well as his sophomore year of school, he led the team to win the Division II State Championship in the Texas Association of Private and Parochial Schools. Later in his senior year, he finished 3702 yards and 43 passing touchdowns and also led the school team to become the TCAL National champions in 2020 and became a four-star prospect and one of the highest-rated quarterbacks. He received offers from various universities like Alabama, Arizona state, etc. Sanders started his prep season with excellent performance and finished with 47 wins which tied him at the 10th all-time prep level player and also as a number 12 quarterback in the country.

He was also ranked as a four-star recruit by ESPN, 47 sports, and at number 60 on the ESN300 board.  After high school, he announced his commitment to Florida Atlantic University but later joined Jackson State University where his father is a head coach. In  2021 he failed to play the spring season as he had earlier played in the Fall season but his team also failed to become title contenders because of back-to-back three losses including the last loss by 52-43 against Alabama. Recently, he became the only college athlete to ever become a brand ambassador for Beats by Dre and also expressed his happiness and hopes to bring his family a good name and stand up to his family’s reputation.

Shedeur Sanders is currently believed to be single and is currently totally focused on his career as a football player. He was not known to have any past relationships either. Moreover, he likes to keep his personal life private and has not shared much. Shedeur currently has 367k followers on his Instagram account where he is highly active. He is also known to have a Twitter account since 2013 where he currently has 22k followers. he is not known to be on any other platform.

Shedeur is a collegiate-level athlete and thus does not have a regular income but he earns a generous amount through his internship and from being a brand ambassador. He is currently dependent on his parent’s income and his family net worth is estimated to be around $3million.