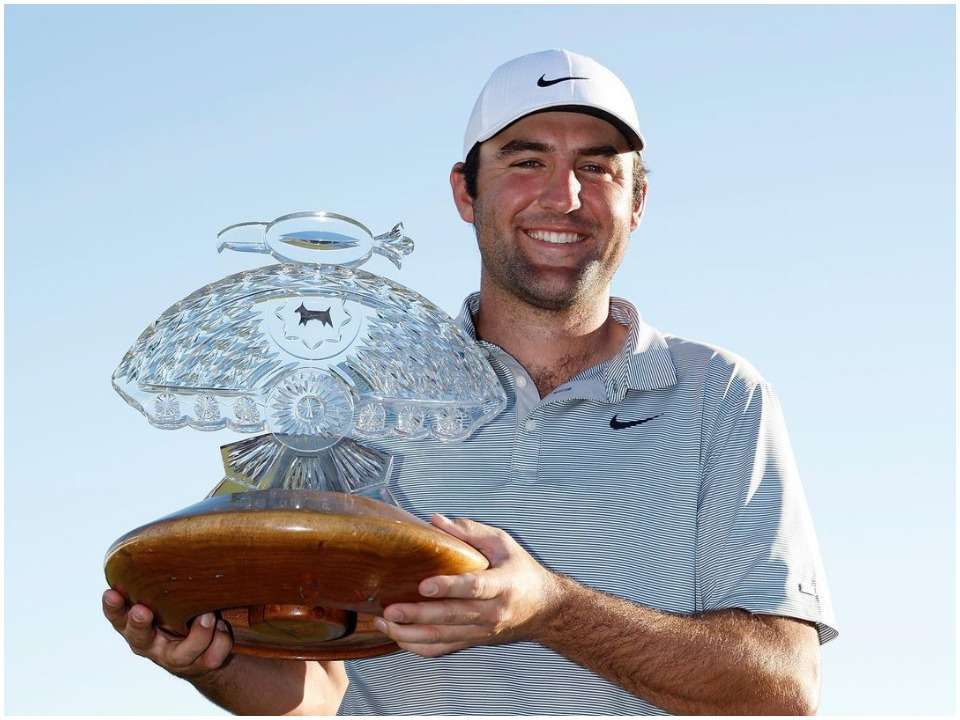 Scottie Scheffler is an American personality who is a golfer by profession. Currently, he is playing for the PGA Tour. Despite this, he is ranked number one in the world in the Official World Golf Ranking.

Scottie Scheffler was born on 21st June 1996 and as of 2022, he is living in his mid-20s. He was born in Ridgewood, New Jersey but moved to Dallas with the family at a very young age. He remained committed to Highland Park High School and later played for the University of Texas from 2014 to 2018. His presence and efforts in the team led the team to win three Big 12 championships.

He earned the honor of being called Phil Mickelson Freshman of the Year in 2015. Before he could stand at UT, he won the title of 2013 U.S. Junior Amateur. He also became part of the U.S team that further won the 2017 Walker Cup. Scottie qualified for his first U.S. Open in 2016. Later he qualified for the U.S. Open in 2017 after surviving a 4-for-3 playoff to earn a spot in the field. He finished the low amateur at 1-under-par.

Scottie Scheffler first earned the 2019 Web.com Tour Card through qualifying school. He has won the title of Nationwide Children’s Hospital Championship in Columbus, Ohio, and also earned PGA Tour Card for the 2020 season by winning both the finals and the maximum points on the list. Later that year, he was given the name Korn Ferry Tour PLayer of the Year. he ended with fourth place at PGA Tour Championship 2020 in August 2020.

Scottie Scheffler is a well-known golfer of America who was born in 1996 and who forced a playoff with Marcelo Rozo at the Evans Scholars Invitational in May 2019, after he had a bogey-free 9-under 63 and played back nine in 30. Subsequently, he won his first Web.com Tour event. Also, he won the two shots after having 4-under 67 in the final round at Ohio State University’s Scarlet Course. Later, Scheffler won a completely exempt PGA Tour Card for the season of the year 2020 and went on to lead the Korn Ferry Tour player of the Year award.

Scheffler is married to his six-years-long girlfriend Meredith Scudder in 2020. Both the partners were brought up in Texas, where Scheffler went to Highland Park High School and met the love of his life, Scudder. The pair set many goals together and went to attend Universities for future career goals. However, both of them attended different universities. Scheffler went to the University of Texas and Scudder went to the rival University of Texas A&M.

Despite being in rival universities, Scheffler would attend his girlfriend on the TAMU campus. The couple graduated in 2018, and Scudder had a brief internship in Zambia. Instead of maintaining a long-distance relationship, the couple stood together for each other, and later in June 2020, Scheffler proposed to Scudder while going out for a hike at Arbor Hills Nature Preserve. The couple posted a picture of themselves on Instagram and Scudder expressed her love saying that she can’t believe that she could get a life partner in the form of her long-time known friend.

Scottie earned the honor or name of PGA Tour Rookie of the Year in 2020. During the season, he finished while being at fourth place at the PGA Championship and shot a 12-under 59 at the Northern Trust, where he won the prize of $528,000 in the tournament. Since then, he had a great rise in his career, where he went to win three times in 2022 at the Waste Management Phoenix Open, Arnold Palmer Invitational, and WGC-Dell Technologies Matchplay. Subsequently, he went to earn the honor of the world’s number one title.

Scottie Scheffler’s net worth is estimated to be around $4 million, but he has incredibly given much to his career than this much net worth and to earn the world ranking. He has also earned the title of US Ryder Cup Team 2021 and many more. As far as the PGA Tour is concerned, he has earned an amount of nearly $13 million with much more hard work than this and a lot more coming in the upcoming days for sure.