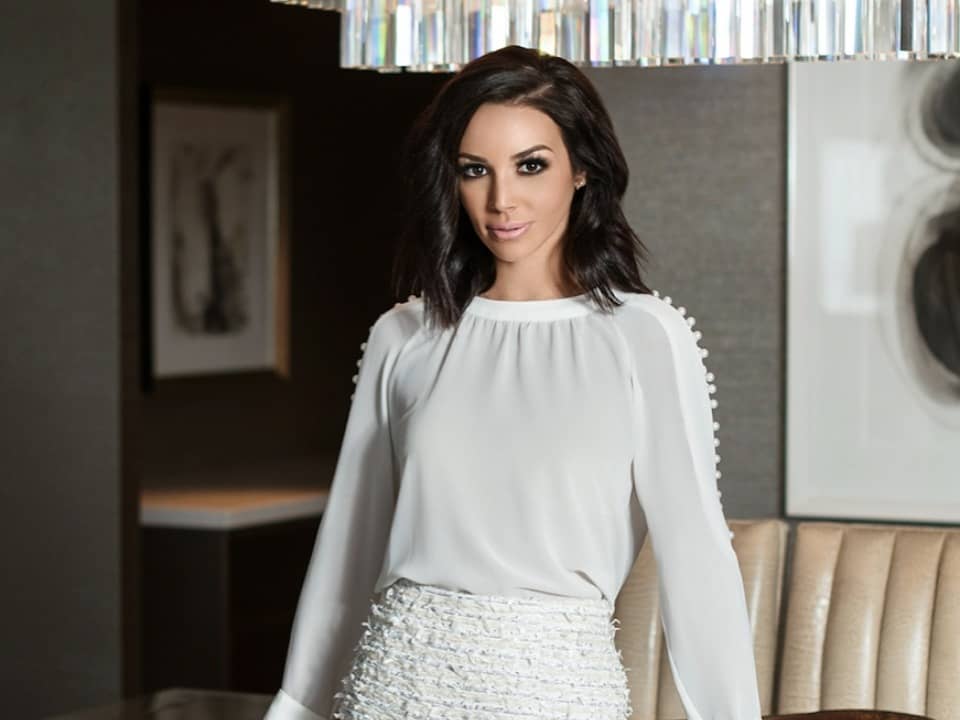 Scheana Shay is an American television actress, singer, and podcast host famously known to appear in the reality show Vanderpump Rules.  She is a versatile actor with a melodious voice.

Scheana Marie Shay was born on 7th May 1985 in West Covina, California, the USA to her parents Erika Van Olphen and Ron Van Olphen. She grew up with her sibling sister Cortney Van Olphen in a Christian family and is of a White ethnic background. She is currently 36 years old. Scheana completed her high school graduation from Bishop Amat Memorial High School in La Puente, California in 2002. She then went on to pursue a degree in Broadcast Journalism at Azusa Pacific University. She graduated in 2006.

Scheana started her career in 2006 after her graduation and her first-ever role was a brief role in a short film “Jaded” as Amanda. The following year she appeared as a guest on the show “Greek” followed by several brief and guest appearances in “Jones” and “The Hills” 2009 “90210” in 2010, “victorious” in 2011, and “Femme Fatales” in 2012. She mainly came to notice when she appeared in the reality tv show “The Real Housewives of Beverly Hills” as one of the Wives in 2012. The following year, she got her breakthrough the project in form of another reality show “Vanderpump Rules”, a spin-off show of the Real Housewives of Beverly Hills.

She is still a part of the television show in 2021 and has been part of it since its first season. Meanwhile she also briefly appeared in “Summer House”, “TMI Hollywood” and films like “Wedding day” and “Maria” in 2015. She also released several singles and dance songs over the years. her most famous song so far has been “Good as Gold”. In 2018, she was a part of the theatrical production of “Sex Tips for Straight woman from a gay man” in the role of Robyn at the Paris Las Vegas theatre. currently, she also regularly hosts the “Scheananigans with Scheana Shay” every week.

Scheana is recently known to be in a relationship with boyfriend Brock Davies. The two started dating in 2019 and they soon announced to be expecting a child but suffered a miscarriage. They again announced in 2020 to be expecting their firstborn before their break up. She recently gave birth to their child Summer Moon Honey Davies in April 2021.

Earlier she has been known to be in a relationship with Eddie Cibrian in 2006 while he was married to his pregnant wife Brandi Glanville. She was also married to Michael Shay in 2014 but they got separated in 2016 and later divorced in 2017. Scheana then decided to freeze her eggs and retrieved 12 of her eggs in 2018 before again going through the same procedure in 2019. She also recently revealed that her cousin Phillip Tate who has been missing for more than a year had recently passed away.

Scheana has been working as a reality television star for several years and has earned a lot of wealth. Her net worth as of 2021 is estimated to be around $3 million.

Scheana is an Ambitious and strong woman who has worked hard to achieve what she is today. She has faced many challenges and failures along the way which did not digress her from her path. She is also a loving woman and mother who had to go through problems in conceiving but overcame every obstacle.