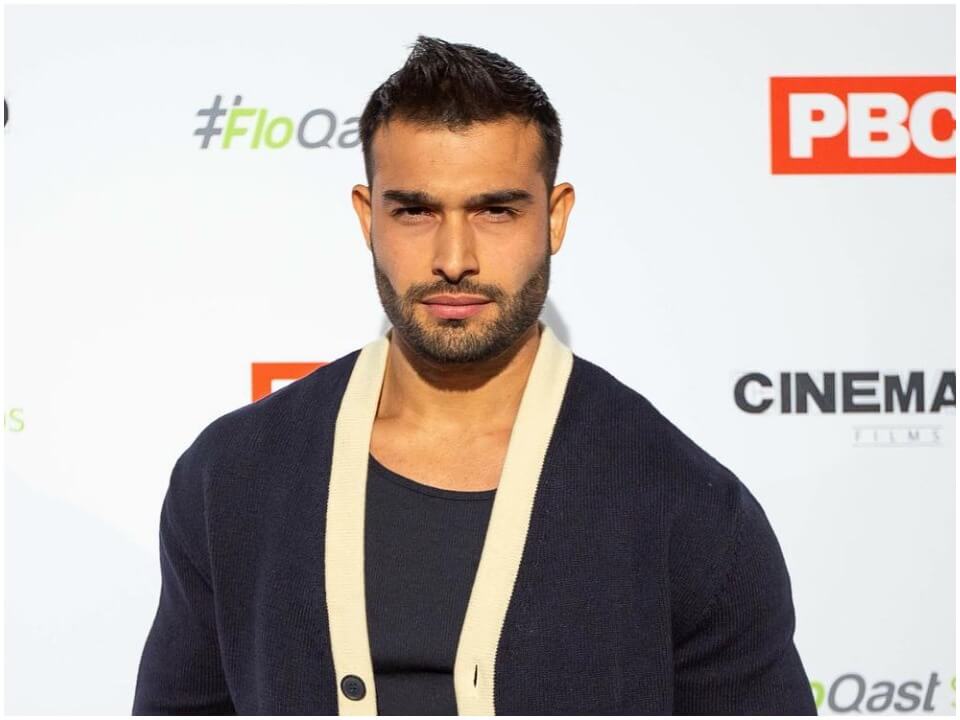 Sam Asghari is a Personal trainer, model, and actor who rose to prominence for some of his appearances on TV series such as Dollface, When we grow up, Block Monday, NCIS, Can You Keep a secret, and many other projects. He is also seen in documentaries like Entertainment Tonight, BBC World News America, The New York Times Presents, and Inside Edition. Recently he caught the attention of the global media for his relationship with Britney Spears as the couple is soon going to become parents. After this news, the pair finally tied the knot and took wedding vows yesterday at Souther California.

Sam Asghari was born on 3rd March 1994 in Tehran, Iran. The name of his father is Mike Asghari while the name of his mother is Fatima Asghari. He also has three elder sisters whose names are Fay, Ellie, and Maddie. At a young age, his family moved to the United States and showed interest in playing football. Sam has completed his high school education but has not shared details about the same with the media. For his higher studies, he went to Los Angeles Pierce College. Over there he started studying Criminal Justice and also played football. Due to a tight schedule, he decided to give up his career in football.

In 2016 he received an opportunity to appear in Britney Spears’s music video named Slumber Party. He was also seen in Fifth Harmony’s music video named Work from Home. Some of his appearances in TV shows and movies are Block Monday, HBO’s Hacks, The Family business, NCIS, and Unbelievable. He has worked with brands like Toyota and Michael Costello. His work is really appreciated by his clients and as a personal trainer, he guides them really well.

Sam remained in a relationship with Britney Spears for a long time and they married on 9th June 2022. They first met in 2016, in a music video of her named Slumber Party. However, while shooting for the music video, they felt connected and exchanged their cellphone numbers. In 2017 New Year she confessed about their relationship but she also faced conservatorship issues as well. He supported Britney by using #FreeBritney to release her from conservatorship. On 12th September 2021, the pair got engaged and news of Britney being pregnant with his child broke out.

Sam Asghari has earned a lot as a personal trainer. He enjoys training people and helping them to remain healthy with a proper schedule of diet. Along with that, his other sources of income are earned by modeling and by appearing in TV series or films. His salary has been estimated at $250 thousand per year while his net worth is around $2 million.