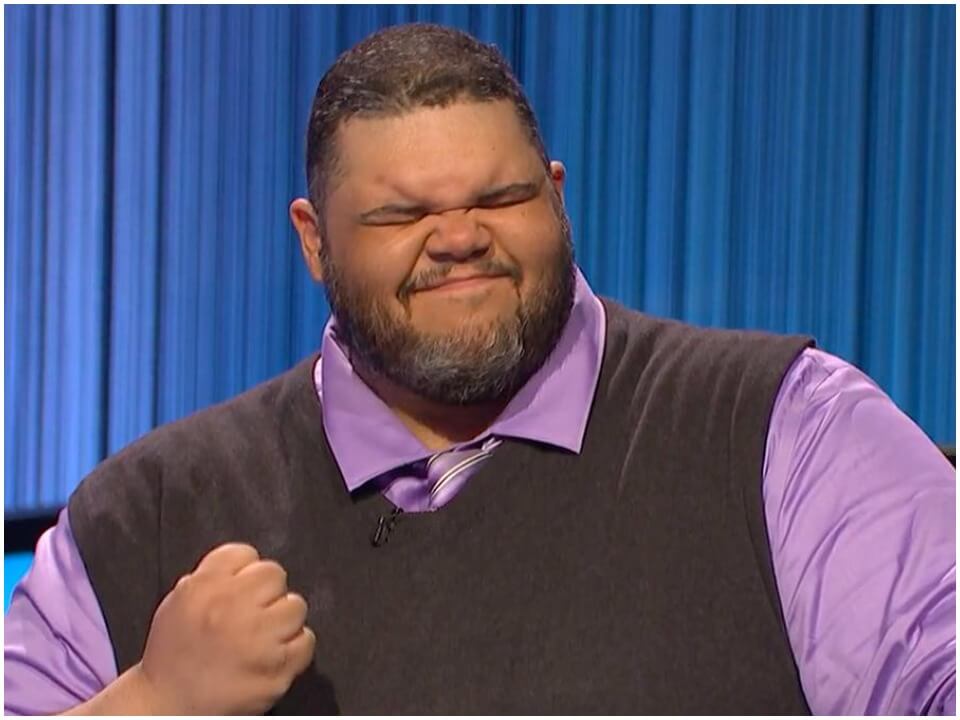 Ryan Long is a rideshare Uber driver who is unstoppable in the Jeopardy where he showcased his consistency in terms of both intelligence and hard work. The unbelievable run of Ryan in the show has shocked everyone as he managed to grab straight 14 wins in the show so far and has collected $260,100 at the moment. With this feat, he has qualified for the show’s annual Tournament of Champions. His unbelievable run on this show started when he defeated the Canadian tutor Mattea Roach, who made 23 victories before losing the game by just $1. On having his extraordinary winning on the show, Ryan Long said:

“It didn’t feel real until I saw myself on television, and I was like, ‘OK, so this is a thing that happened and it wasn’t a fever dream.’”

Ryan was born in 1982 Long is an easy-going personality who is all set to produce his struggles in reality. He was born in Philadelphia and later moved to Bensalem with his family when he was only 9 years old. Ryan’s parents got separated when he was only 13 years old and later his father died after he attained his senior years, which forced Ryan to move back to the city and spend the rest of his life with his mother. He said on the show “Jeopardy” that he “Hardly” graduated from George Washington High School. This was because he had to take off jobs to cover up his expenses and he barely gave attention to his studies. He described himself as “not the most conscientious student” and he was distracted by other things because he went to work.

Back in January 2021, Ryan was hospitalized for several weeks because of the infection of COVID-19. He has worked for SEPTA’s Customized Community Transportation program and eventually, started performing the duties of driving and became a ridesharing service personality to support the livelihood of his 8 years old son named Nathan. It was in February when he thought of Jeopardy and wanted to come to the show. After the application, 16 months passed and he received the call for the initial test when he realized that it could be a welcoming time to deal with things. Now, he has reached the platform while being in the show where he has earned 6 figure amounts all from his intelligence and hard work. Ryan described the situation as:

“If this opportunity would not have come up, I would not know how it all was going to be in the long-term.”

During the game, Ryan also revealed that after living with the services paycheck-to-paycheck for more than a year, he was in the need of affording himself the tickets to California. He was only left with two dresses in his hands and that was all he could afford during the time. But the wardrobe of the show Jeopardy has helped him to continue with the success and confidence to retain his consistency and appearance on the show. He still considers himself to be majorly connected with a home in Philadelphia.

After reaching the show Jeopardy, Ryan explained that initially, he felt that he was at a disadvantage because other contestants were having flashcards and were discussing the strategies of the show. Some of the contestants even shared their reading books and the techniques of buzzer-beating. Ryan said in the interview that he did not exactly prepare for the things and study any hard material for the show. He was only going to attend the show and pursued something which he planned and he just went with the things.

The only thing was that he trusted his gut feeling which paid him off well. He said that it was all not part of the strategy and he just went with the flow of the game where the game was taking him at the particular moment. Regardless of how the show is going on and how it will all appear in the future, Ryan is looking forward to meeting the other winning contestants like Amodio and Schneider during the yet-to-be-scheduled Tournament of Champions. He said on the show that all he wants is to take his kids fishing and that is what he is planning everything about.

Ryan Long who is around 39, is a happily married personality, however, he has not revealed the details regarding his wife’s identity. He has also produced one son with his wife, which he described in the show. He is currently living in a house with his extended family including his wife and 8 years old son, Nathan.

Despite being an Uber driver, he proved that you don’t need to go to college for gaining knowledge. If you have passion for it then you can overcome your problems and get success in whatever you do and Ryan is a living example among us. Being a rideshare Uber driver, he is a normal guy who only knows to work hard and tries to pay the bills. Whatever he earns from it, he uses to make living out of it and take care of his loved ones. Although keeping his professional life aside, he has now accumulated $260,100 from 14 wins in the show.