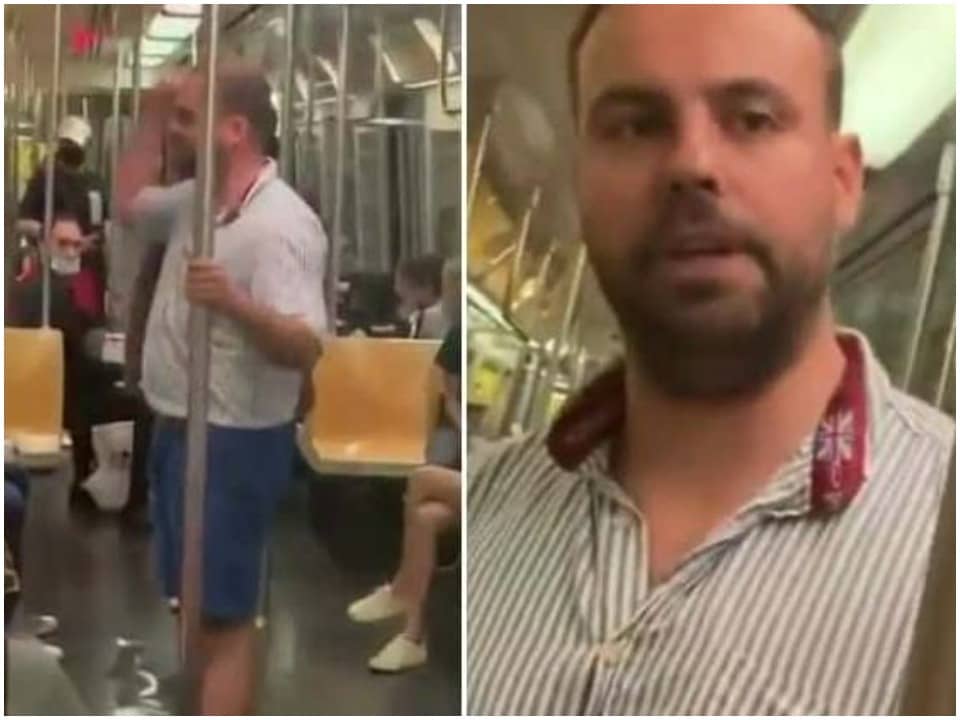 Ryan Bartels, a Virginia man, has been accused of being the anti-masker who yelled “1776!” at a lady on a New York City subway when she indicated she was terrified in a now-viral video.

Ryan Bartels began his professional career after graduating. From 2014 to 2015, Bartels worked as an investment banking summer analyst at Goldman Sachs, and then at two additional firms following graduation before starting at CarMax in 2019.

In New York City, the incident occurred on the Q subway train. Officials from the New York Police Department and the Metropolitan Transportation Authority have refused to say whether or not an investigation into the incident is underway. According to the MTA, masks are required on New York City subways. In a viral video, a man shouted “1776!” at a woman on the subway. The woman can be heard telling him that he should be fined $50 because he didn’t put on his mask at the beginning of the video. When he drew closer, he could be heard mockingly saying in the woman’s face, “I’m so terrified!” He took a step back as she said, “Please stay away from me sir.”

There is no information available on Ryan Bratels’ relationship, children, or marital status. He is now being accused of his misbehavior, and he has a new identity on social media: “The guy harassing the people on the train.”

It was shared on Twitter and TikTok by a user known as Naviko and @Subway DJ. The woman was wearing a mask, whereas the man was not. “We need to figure out who this person is and where he works since this is very unacceptable,” Naviko tweeted. A lunatic #antimasker #Antivaxxer bullied an elderly woman on the #subway #NYC today.” Images of him wearing the same clothes at an anti-vaccine mandate event in New York City were noticed as people tried to figure out who the man in the video was.

The event was organized by the New York Young Republican Club, according to their Twitter feed. The same individual can be seen with him in the photographs as in the metro footage. The protest was held in opposition to New York City’s COVID-19 vaccine mandate, which requires evidence of vaccination to enter restaurants, bars, nightclubs, and music festivals.