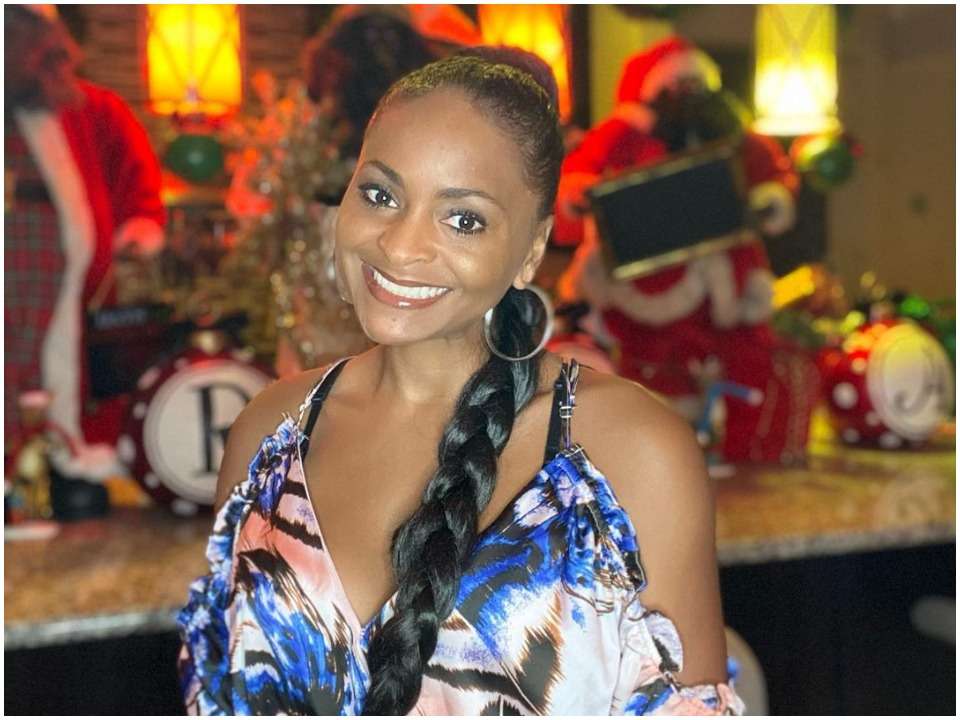 Royce Reed is an American personality who is best known as an actress and TV personality. From 2010 to 2013, she appeared in one of the most-watched shows called Basketball Wives. Despite this, she has also appeared in films like First Lady and Call Time. She is one of the multi-talented personalities who has been carrying her professions in acting, business field, and book writing.

Outside her work, Reed is famously known for her controversial relationship with Dwight Howard, who is an American basketball player and who has produced at least five children with five different women. The former couple Dwight Howard and Royce Reed welcomed their son in 2007, who by now has become 14 years old and is one of the eldest children of Dwight. Royce is one of the popular reality TV personalities and the author. She is the owner and founder of her self-funded dance company called Fantashique.

Royce Reed, a famously known ex-girlfriend of NBA star Dwight Howard, was born on 22nd June 1980, Royce is currently 39 years old and was brought up along with her brother named Ryan Reed. She completed her primary and secondary education with a bachelor’s degree in theater education and humanities from A & M University in Florida. She briefly continued her profession in the field of gymnastics and cheerleading.

Royce is widely popular because of her featured roles in films and shows including First Lady- 2018, Call Time,-2021, and Basketball Wives- 2010. She has worked as a coordinator with Walt Disney World, Studio 305 Dance Studio and as a spieler at Universal Studios Orlando. She was briefly a dancer for Miami Heat and Orlando Magic Basketball Teams.

After trying her hands in different professions including coordinating work, dancing work, and others, Royce started working with TV, where she appeared in the Basketball Wives until 2013. She is also one of the cast members of Inside Edition (1998) and First Lady (2018). She is also a writer who has written a book called College Girls, which is based on the story of four women living their lives on the University campuses and how their lives individually change after going through various ups and downs.

Back in 2005, Royce was in a relationship with Dwight Howard. The pair first met in July 2004 when Reed was working as a dancer for Orlando Magic. The couple dated briefly and got close to each other. They together produced a son named Braylon Joshua Robert, who was born on 18th November 2007. But, the couple could not retain their relationship for long and got separated in 2008. After getting separated in 2008, Howard filed a lawsuit against Royce depicting that Royce had terminated him to show any authority on the child and he would have to ask for permission to meet the child.

Although Howard was given guidelines to meet the child, he was allowed to keep his son. But Royce and Howard still maintained their dispute that lasted till 2012. According to a large magazine published back in 2016, Royce and Howard once agreed to take care of their then 13-year-old child while living together. It was often stated that the couple was living together for their child but nothing could evidence them. On the other hand, Howard still went to maintain other relationships with other women in his life without getting engaged in marriage.

Royce turned herself in to the police as she was charged with neglect of a child and the felony of third-degree. The documents submitted in the court stated that the 14-year child of Royce Reed, who she shares with Dwight Howard, was involved in some professional restrictions by the court. He was not allowed by the court to hang out with kids two years younger than him without the presence of an adult. However, the rule was violated by Reed because of which she had to face the police. When the 14-year-old child, Braylon was asked when he last saw his father Howard. He replied that it was back in 2020 during quarantine when his father was gone for a basketball game.

Royce Reed has always shown her strong side when it comes to maintaining professional life and relationship with her only child, Braylon. She has maintained her multi-talented professions including dancing, contributor executive, author, and owner and founder. Royce is estimated to earn a net worth of around $1.5, which is enough to make her luxurious.