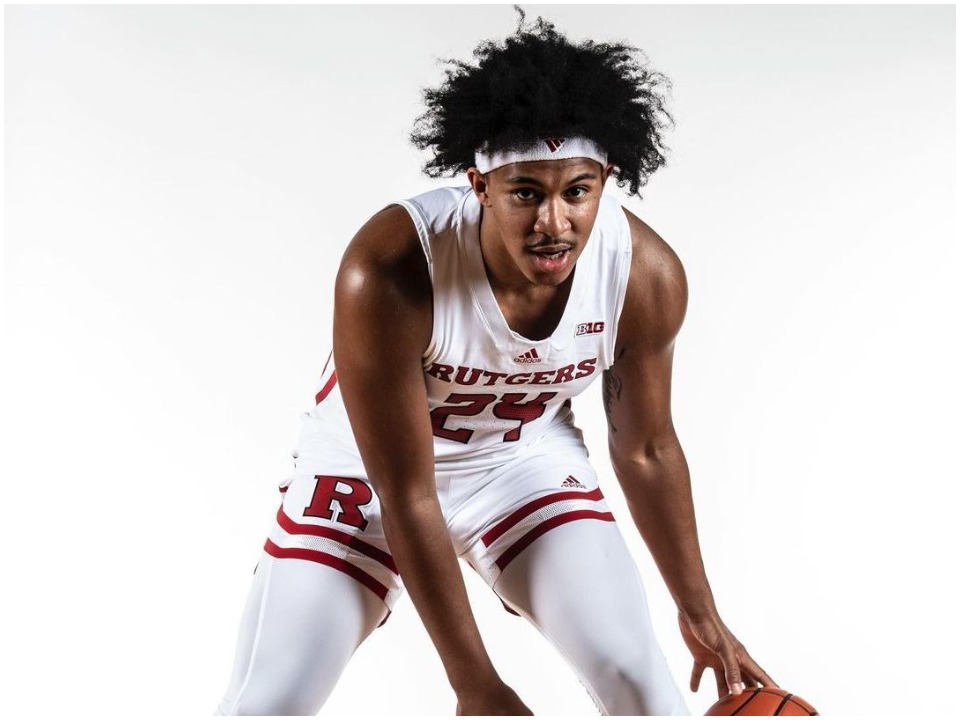 Ron Harper Jr. is a young and promising college basketball player who is on the path to turning into a professional very soon. He plays as a shooting guard for Rutgers Scarlet Knights at Big Ten Conference. He comes from a family of famous basketball player Ron Harper and has immense skill in the game like his father.

Ron Harper Jr. was born on 12th April 2000 in Paterson, New Jersey, the USA to his parents Ron Harper and Maria Harper. His father was a famous basketball player and a five-time NBA champion and his mother played for the University of New Orleans from whom he received his initial training. He is the only son of his parents and while growing up, he acquired the skill from his father and is now set to forward his legacy. He belongs to Filipino-American Descent. Ron completed his high school education from Don Bosco Prep school in Ramsey, New Jersey, and later joined Rutgers College for his college career in 2018. He is currently in his final year of college majoring in Journalism and media studies and is set to graduate this year.

Ron started playing basketball under his mother’s coaching and joined the Amateur Athletic Union Circuit. He competed at the Ring city Basketball program and for his high school team as well. During high school, he led his team to win the Non-Public A state title two times in a row during junior and senior years. He was named the North Jersey Player of the year by The Record by the end of his school career and came out as a four-star recruit. He joined Rutgers College and made his debut against the Farleigh Dickson team in 2019. During his freshman season, he recorded 7.8 average points and 3.1 rebounds.

Later, in the sophomore season, he was announced as a regular starter and in the same season, he recorded his season-high score of 29 points he scored an average score of 12.1 points that season. In 2020, he received the All-Big Ten honorable mention and Second Team All met. Later, in his junior season, he led the team to the NCAA tournament and scored an average score of 14.9 points. He is currently in his senior year and recently against Purdue, he recorded his career-high score of 30 points and 10 rebounds. He led the team to win against the No 1 ranked team.

Ron is currently known to be in a relationship but has not shared the details about his girlfriend. Based on his Instagram, the name of his girlfriend is Lily Chwalk and the two have been together for a long and often post pictures with each other on their social media accounts. Ron has not opened up about his relationship, where they met, and since when they have been dating, and likes to keep his personal life out of the media attention. Ron currently has 24.8k followers on his Instagram account where he often shares pictures and videos from his games and updates about his career. He is also known to be on Twitter since 2015 and currently has 5896 followers.

Ron is a college basketball player and thus does not earn any regular income as of yet. However, he earns through endorsements, deals, and contracts and also through winning different championships and games. He hails from a well-known family and thus leads a luxurious lifestyle. His family net worth is estimated to be around $10million but the official information has not been released.