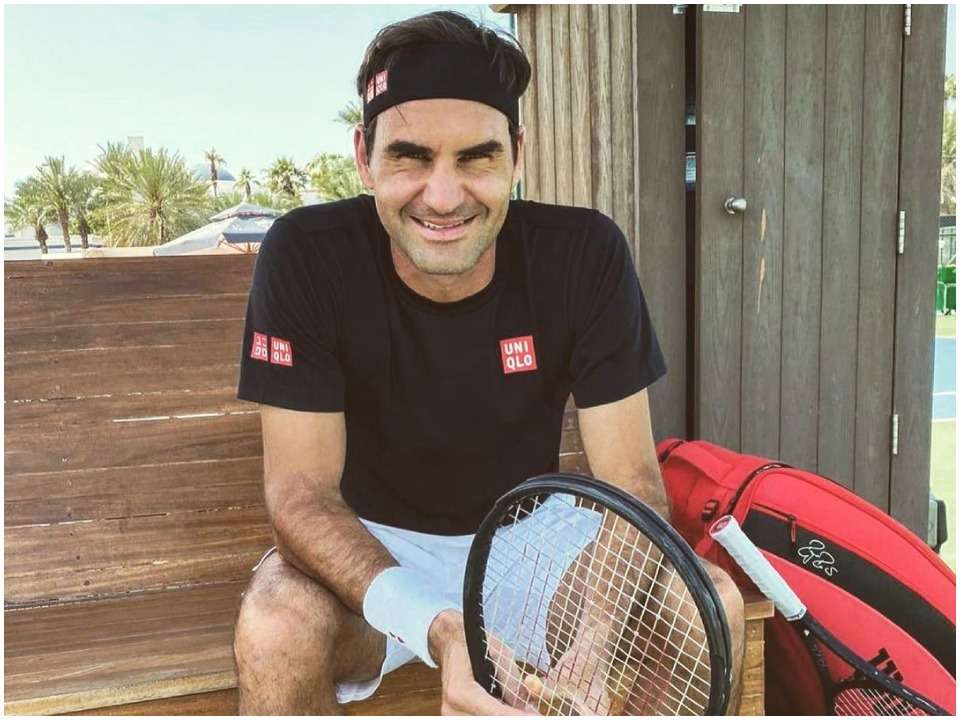 Roger Federer is a Swiss professional tennis player and one of the most famous tennis players in the world. He currently holds 17th rank in the world and holds a total of 20 grand slams singles titles. He is one of the big three tennis players along with Rafael Nadal and Novak Djokovic and is well known for his extraordinary career in the sport.

Roger was born on 8thth August 1981 in Basel, Switzerland to his father Robert Federer and mother Lynette Federer. He belongs to a mixed ethnic background as his father is half Swiss and half German while his mother is Afrikaner. He holds dual citizenship in South Africa and Switzerland. Federer grew up near the French-German border and speaks five languages. Moreover, he is known to have grown up as a vegetarian till he was 14. Roger has not disclosed information about his school or college but is believed to have completed his schooling at a local school in Basel. He was highly active in sports during his school years.

Roger started playing tennis as a teenager when he was 14 and took part in several junior tournaments. In 1996 he played his first junior match at grade 2 tournament. He also won Wimbledon in 1998 as a junior and also reached the US Open junior final the same year. Roger ended the year with the No 1 ranking. He soon became a pro and debuted in the 1998 Swiss Open Gstaad and by the end of 1999 Marseille open, he secured a rank in the top 100. Later, in 2003 he won his first-ever grand slam title at Wimbledon beating Mark Philippoussis. The following year, he recorded 3 grand slam titles and also became the world number 1.

He has won a total of 20 grand slams so far in his career including 8 Wimbledon wins, 6 Australian Open titles, 5 US Open titles, and a French Open title. He has also represented his country Switzerland in the Olympics. In the 2008 Beijing Olympics, he won a gold in doubles and a silver at the 2012 London Olympics singles event. He has also won the Hopman Cup thrice in his career in 2011, 2018, and 2019. In total, he has over 103 career titles. Recently in 2020, he reached the semifinals in the Australian Open but could not secure the title due to a right knee injury.

He went through arthroscopic surgery and also had to withdraw from Dubai, French, Miami, and Indian Wells open. In 2021, he could not participate in the Australian Open due to his injury and also due to Covid restrictions. He returned to the ATP tour and also played Geneva open. However, he again had to undergo surgery due to the furtherance of his injury. Two of his greatest rivals on the court are Rafael Nadal, Novak Djokovic however, he shares a cordial relationship with everyone and also wished well for Rafael Nadal for winning the 2022 Australian Open.

Roger is currently married to Miroslava Federer, a former Women’s Tennis Association player. The two met back in the year 200 while they participated in the 200 Sydney Olympics. However, his wife retired in 2002 due to a foot injury. The two got married in Wenkenhof Villa in Riehen in 2009 and the same year, they also had twin girls. They again had twins in 2014 and are now parents of 2 girls and two boys.

Roger Federer has won various tournaments, grand slams, and titles and has earned a lot of wealth over the years through his successful professional career. He leads a humble lifestyle and has a recorded net worth of around $450 million.