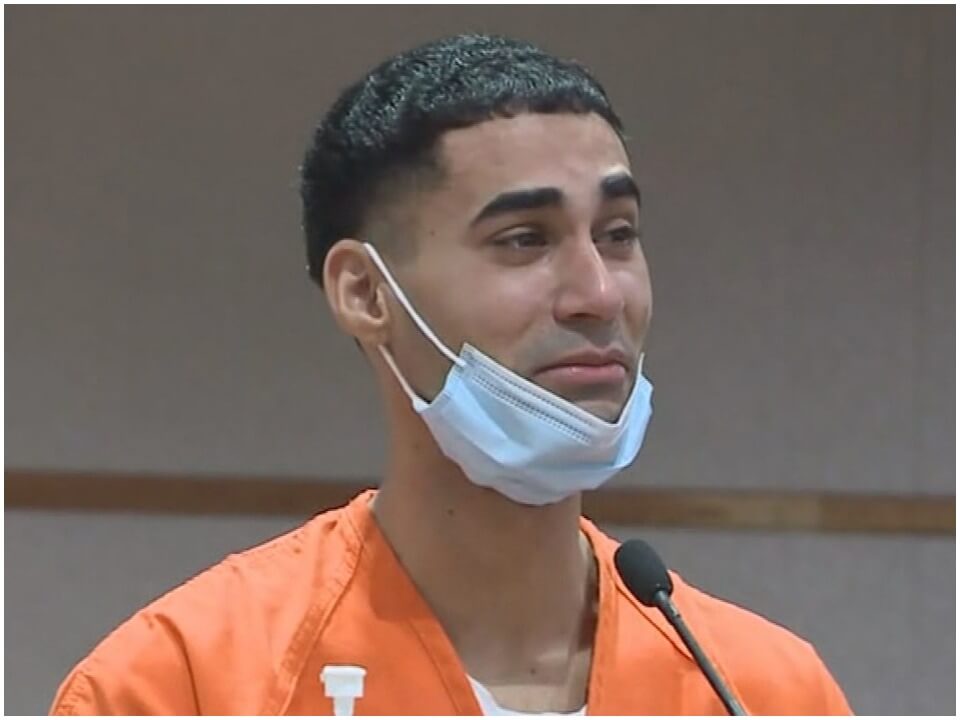 Rogel Aguilera-Mederos is a semi-truck driver who is now sentenced to 110 years in prison. The decision came forward on 13th December 2021 after he was found guilty of being convicted for 27 counts of a fatal 2019 accident. The accident killed four people along interstate 70. A petition drive was run to grant Aguilera-Mederos a sentence commutation. This was signed by almost 4.2 million people as of 19th December 2021. His full name is given as Rogel Lazaro Aguilera-Mederos.

The date of birth of Rogel Lazaro Aguilera-Mederos has been confirmed as 21st November 1995. A Cuban native Rogel is 26 years old who immigrated from his hometown in search of a better place. He lives in Texas and is a married man who was living happily with his wife and a son, until his sentence. As far as his criminal records are concerned, there is no record of him found being charged with any criminal activity in the past. In fact, he cleared all the tests which include alcohol, drug as well as a chemical test.

The hashtag #NoTrucksToColorado is trending on TikTok, Twitter, and Facebook. People are showing their aggression against the personality who convicted so many assaults. Also, many truckers say that they will not travel through Colorado as a result of what they believe for the sentenced person. One of the truckers wrote on Twitter saying that he and his brother have decided that they will join the protest and will not do any load or transportations to Colorado until Rogel gets justice because 110 years is ridiculous.

They demanded that instead of Rogel, the company should be held accountable. Many people have posted on TikTok asking for the boycott of the trucker. They are posting videos and images on TikTok. The Colorado governor’s office told 9News that they are aware of the issue. The governor is reviewing the clemency application individually.

It is clear that this was an accident and not a preplanned murder but still he was sentenced to 110 years imprisonment. This seems an injustice to him thus, a petition has been filed by a user named “Heather Gilbee”. The petition titled “Offer commutation as time served, or grant clemency to Rogel Lazaro Aguilera-Mederos” received immense support from all over the country. As a matter of fact, it became one of the most signed petitions as more than 4.5 million users signed it so far.

Colorado judge A. Bruce Jones sentenced Aguilera-Mederos to 110 years in prison that is effectively a life sentence. This decision was made in response to Aguilera-Mederos’s behavior when he rammed into stopped traffic on 25th April 2019. On the other hand, Rogel told the Associated Press that at the time of the accident his brakes got failed and he noticed that he was traveling at the speed of 85 mph and it all happened to have an accident.

The prosecutors said that he must have used a runaway truck ramp but instead, he rammed into the stopped traffic. It caused 28 vehicle crashes. This accident caused four people to get killed, other six people were wounded and later the fire began to engulf the crash scene. The accident triggered the explosion and fire. The whole incident melted the roadway, according to the Associated Press.

The police official said that no one reformed the commitment of the judge saying that he should be given minimum sentencing and should be given the sentence of never coming out of jail. It was the forgiveness that was reflected in the statements. It was based on the desire of the person to get punished and serve time in prison. Moreover, Rogel shared the sentiments and confirmed that he hit the traffic and it was all the cause of the fault.