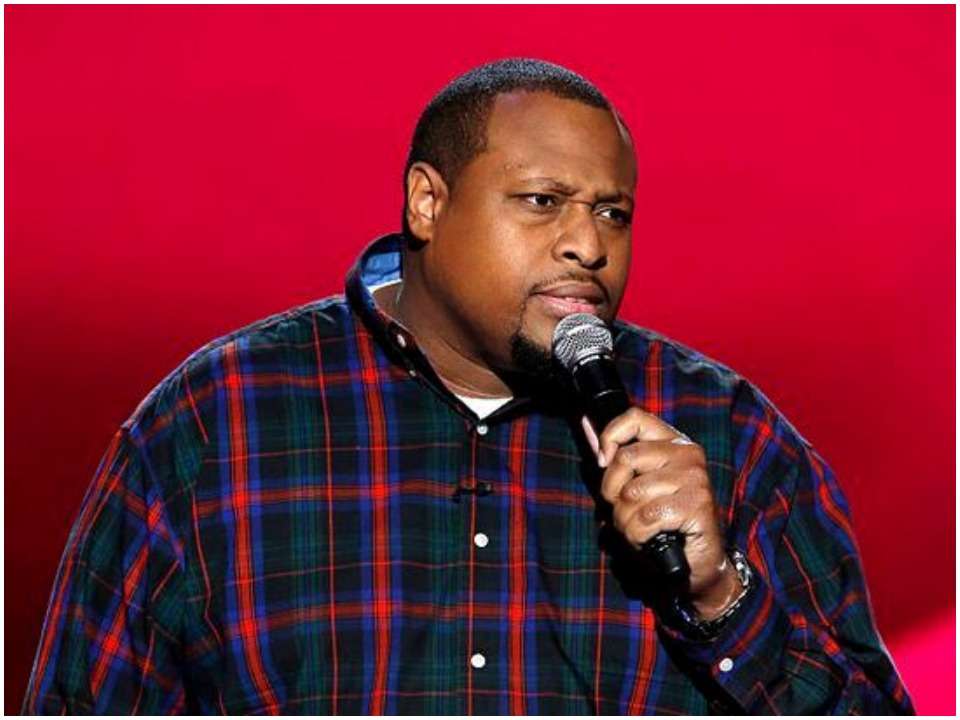 Ricarlo Flanagan was an actor, comedian, writer, rapper, and composer. He was one of the popular names in the field of comedy. He became popular for his work in The Park, Man Law, Shameless, and many others. Before a few days, he was tested positive with Covid-19 and recent news claims that he took his last breath yesterday.

Ricarlo Flanagan was born on 23rd March 1980 in Cleveland, Ohio. He is of American nationality and was proud of being an American citizen. His mother was Katrina McLeod, he has a brother viz. Keith Flanagan. He studied at a local school near his house back then. Later, to pursue his college degree, the family shifted to Michigan in 2006. He took admission to Macomb Community College in Warren and graduated with the degree in Bachelor of Business Administration in 2008.

After completing college, Flanagan wanted to become an actor but as he was not so popular. Hence, he started performing on the Open Mic stage and comedy festivals. However, despite his hard work, he didn’t get any luck. Finally, he decided to move to New York City in hope of getting work. Parallel to his dream of working in the Entertainment Industry, Ricarlo incorporated Flanagan Enterprise Records Company. He also released his first song in 2010, Death of Davinchi, and started using the stage name – Father Flanagan. Following this, he also released other rap albums such as Hope Your Proud, An Opus Inspired by Andre Martin.

After the release of his album song, he started getting traction. He was cast in small roles in television serials. Now that he started getting popular, he started writing and composing and became a comedy writer and composed jokes for Last Comic Standing. He also released his own comedy album viz. Man Law in 2013 and he co-wrote a short film, The Park in 2014. Flanagan also worked in several movies and series as well. These movies are The Mick by Fox, Disney’s Walk the Plank, Showtime’s original series – Shameless, Down Bust by Peacock original. There were several projects he was working on but now all in vain.

Despite being a part of the showbiz industry, Ricarlo seemed to enjoy private life away from the spotlight. Thus, he never married anyone or he didn’t have a girlfriend in the public domain. As a matter of fact, there are no reports available in the leading mainstream media about his relationship so we assumed he was single.

The Death of Shameless Actor

It was 12th October 2021 that Mr. Stu Golfman of KMR Talent and agent of Ricarlo confirmed to the news channels that Mr. Flanagan is no more with us in this world. He said that Ricarlo was struggling with C-19 for several days. He was upset while sitting at the media houses about how sad and broken he was while informing the media that Mr. Ricarlo Flanagan died of Covid 19. He confirmed that Father Flanagan was not in favor of the vaccine and that ideology took his life.

Flanagan has tweeted on 1st October to inform that he was infected with a deadly virus, C-19 and it is not a joke. Several personalities were sad and shocked to hear the news of the demise of a kind and generous man who was polite yet entertaining and loved by his audience at large. After his death, his family friend – Gabriela Bonilla, has started a fund on GoFundMe for his last rights on behalf of his family. His funds will be used for his funeral and memorial. More than 500 fans have come up and more than $20,000 USD has been donated until now and is still growing.

Father Flanagan (stage name) was a treasure full of skills and talent. He was a writer, composer, rapper, singer, actor, and much more. He was humble, polite and a respected personality above all. From his acting, writing, singing, and other streams he had an active income. Our estimations calculate his net worth to be valued slightly over $1 Million in real-time.