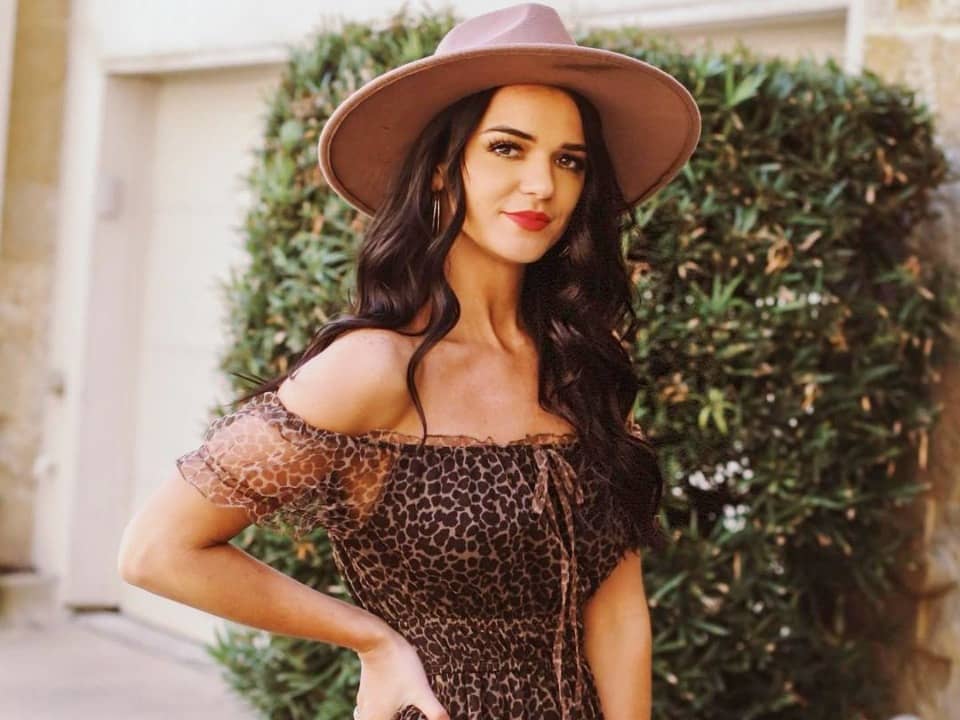 Raven Gates is an American Model and a TV actress. She came into the limelight when she joined the 21st Season of the Bachelor and secured the position of the runner up, further she joined as a contestant in the 4tg Season of The Bachelor in Paradise and fortunately she won the show and got famous among the teenager and youngster which in turn made her a known face among other T.V personalities. Moreover, she owns a fashion boutique by her name in addition to all this she is a Law School dropout.

Raven Gates was born on 23rd July 1991 in Hoxie city of Arkansas State of the United States of America. She was born to Mr. Wesley Gates and Mrs. Tracy Gates, her water was a CNC Operator and her mother used to teach in an Elementary school. She spent her childhood with her brother named Weston Gates and now her brother works as a Law Enforcement Officer. Apart from being into modeling and fashion, she loves to Hunt Ducks and enjoys the nature around her.

Being into her late 20’s it is pretty much obvious that she must have completed her high school as well as university education, however, the details about her education have not been revealed yet. But some sources do claim that she was highly inclined toward modeling, acting, and fashion from a very early age and that was the only reason that she didn’t give that much importance to her studies. Moreover, she didn’t complete her law school because of her father’s severe condition due to Lung cancer.

When she was 24 years old she was pursuing graduation in the field of Law but eventually, her father was diagnosed with Lung cancer and hence she had to discontinue her Law studies and she set up a fashion Boutique named ‘Grey Suede’ in her native city Arkansas, in her initial stages she had to face enormous hardships but she didn’t give up on her dreams and kept going with the flow and at present, she is earning a lot of money from that boutique.

It was not the fashion Boutique that gave her fame but it was in the year 2016 when she joined the 21st season of The bachelor and came up with the 2nd position and afterward she appears in the season of the Bachelor in Paradise in the year 2017 and secured the first position and gained substantial Instagram followers which turn her into a T.V celebrity. According to her recent interview, we can expect to see her in other T.V reality shows as well.

She was in a relationship with a guy till the year 2016 but she broke up with him due to some reason which hasn’t been revealed yet. In the 4th season of Bachelor in Paradise she met Adam Gottschalk and they mutually decided to date each other and fixed the engagement date in the year 2019 but due to the COVID it was postponed three times and they finally tied the sacred knot on 16th April 2021 and, further they have announced the good news that they are expecting their first child.

She posts frequently on her Instagram(@ravennicolegates), she has posted a total of 459 photos and she has an immense fan following of 1.1 million, along with that she has received her verified badge over Instagram. Further, she tweets regularly on her Twitter(@ravengates), and she has a follower count of 166.3K in addition to it she is verified on Twitter as well.

She generates a huge sum of money from her fashion boutique Grey Suede along with that she won a large amount of money from season 4 of Bachelor in Paradise along with that her appearance in season 21 of the Bachelor resulted in winning a high amount of money. Her net worth is predicted to be $200K and it is estimated to increase largely because she Is gaining fame day by day.