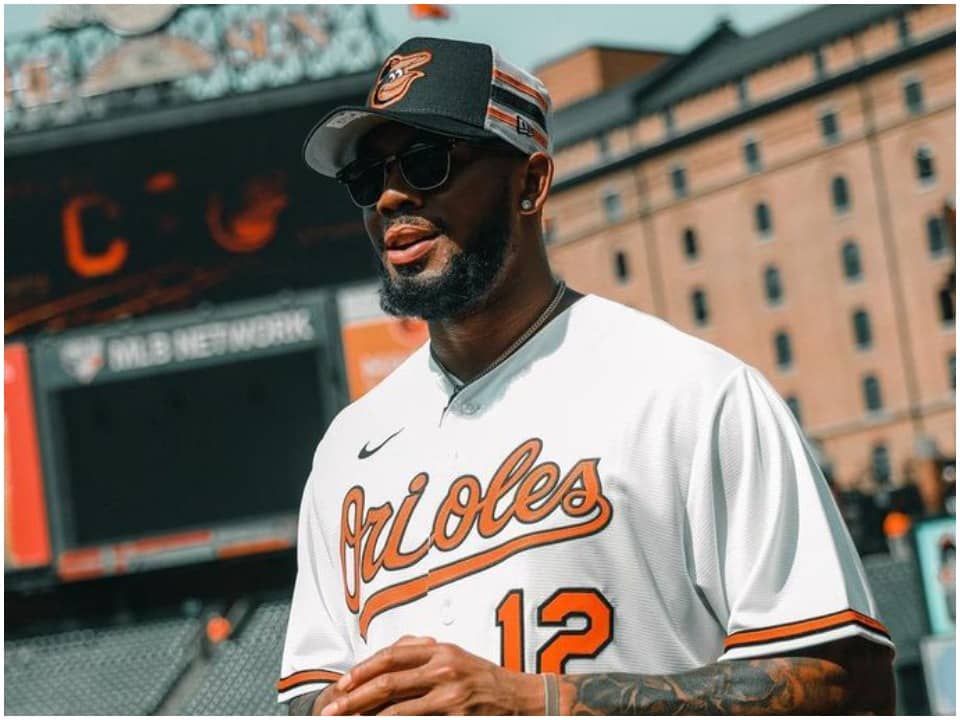 Rashod Bateman is a famous American Football player. He plays as a wide receiver for Baltimore Ravens, he was picked by them in the first round of NLF Draft 2021. Recently he got injured during practice season and will likely miss the opening game for his side because of treatment of groin injury.

Rashod Bateman was born on 29th November 1999 in Tifton, Georgia. He was born to Lashonda Cromer but there is no information about his birth father revealed yet by him. Being born in Tifton, he grew up in very harsh conditions, more than 40% of children live there in poverty. His mother married his stepfather when he was just a toddler. His father was an alcoholic person and his mother faced many difficulties and domestic abuse for ten years. Rashod used to call the police to save his mother but she feared that pressing charges would make matter worse.

Bateman has two siblings Monjharvis and Travian, in order to take out the frustration of their stepfather they used to go in the backyard, drew lines with their feet for the football field, and play for hours. Bateman started playing football at the age of 5, he used to watch college football when he turned 7 and he used to catch their moves very quickly. His mother worked day to night to make their livings. She got divorced from her husband when Bateman was 13 years old.

Bateman went to Annie Belle Clark Elementary School. His third-grade teacher Mindy Palmer played a vital role in Bateman’s life and helped him with the conditions he was facing at home. Palmer bought Bateman a pair of cleats in sixth grade when he was all set to play football. Bateman completed his high school education at Tift County High School. He led his high school to a state championship as a senior and later went to the University of Minnesota on receiving a scholarship from his school and played football for the university. Rashod started as a wide receiver and was named first-team All-State after catching 83 passes for 1,539 yards and 21 touchdowns. He received many offers later from universities but he chose to stay committed to Minnesota.

Bateman marked the freshman record with 51 receptions and 704 receiving yards while scoring six touchdowns as a wide receiver in his sophomore years. He was awarded as the Richter–Howard Receiver of the year after catching 57 passes for 1,170 yards (20.5 yards per catch) and 11 touchdowns and got in the semi-finals for the Fred Biletnikoff Award. He spent three seasons in the Minnesota Golden Gophers program In June of 2020, Bateman got infected by COVID-19 and wasn’t able to play the season. Being a patient of asthma, it got worse and he became skinny and weak. He wasn’t able to eat and breathe, but his willpower got him back in shape. He worked hard again and after that, he was selected by Baltimore Ravens in the 2021 NLF draft.

Currently, Rashod Bateman is in a relationship with Claire Kimbrell. According to the sources, the couple is in a relationship for a long time but they didn’t make it public because of the racism faced by Bateman, even the relationship stayed hidden from their parents. Rashod is a famous football player with a huge fan following on social media. He is active on Instagram under the username @rashodbateman with 87.3k followers. He is also on Twitter @R_bateman and 27.5k people follow him.

Rashod has earned huge names and fame, he is estimated to have good earnings as a football player. However, there are no exact numbers available to us regarding his net worth, but it can be seen from his lifestyle that he has come a long way crossing the barriers of poverty and lives a wealthy life.