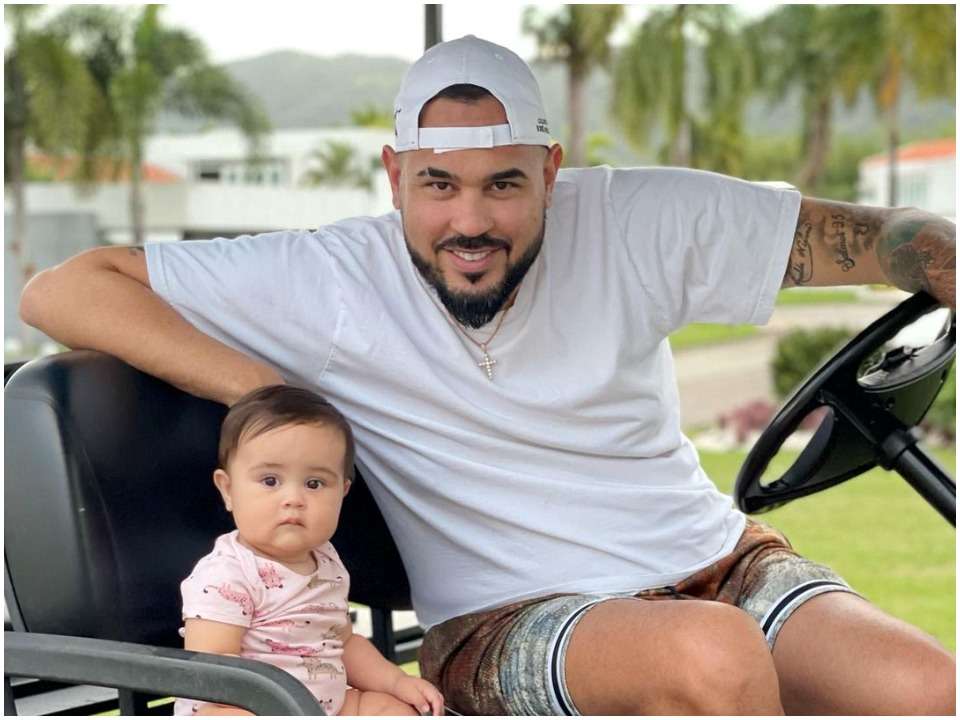 Rafael Antonio Pina Nieves, also known as Raphy Pina, is a well-known figure. He founded Pina Records, the world’s most successful reggaeton label. He also made headlines when he proposed to Natti Natasha. Just a while ago, he came into the spotlight for receiving a sentence of three years in prison for being found guilty of having illegal possession of firearms.

Raphy Pina was born on July 4, 1978, on the Puerto Rican island of Isla Del Encanto. The musician comes from a well-established family. Rafael Pina, his father, is a well-known music producer and businessman, while his mother is a stay-at-home mom. Raphy decided to follow in his father’s footsteps from an early age. Raphy is his parents’ oldest child. He also has two siblings: Victor Pina, a brother, and Maria Fernanda Pina, a sister. Pina received decent grades and graduated from high school which shows he was a bright student in high school. Despite his fame, the name of the high school he attended is unknown. After that, he enrolled at a state university in the United States and earned a Bachelor’s Degree.

Raphy decided to enter the music industry at the age of 16 and has since produced numerous songs. In reality, his father was his idol, and it was only because of him that he became interested in music. Raphy took up all of his obligations following his death and also operates his music firm. He also started his own record label, Pina Records, in 1996, and Natti is now one of the company’s members. He not only worked with and signed Natti but also Nicky Jam, Don Chezina, Zion & Lennox, and others. Despite the fact that he had a number of hit songs such as Illimunatti, Vida Escante: Special Edition, Los Nenes Del Blin Blin, La Melodia De La Calle: Updated, and others, he did not have much success.

Raphy was accused in August 2020 of illegally carrying two firearms and hundreds of rounds of ammunition despite being barred from doing so following his 2016 arrest on federal fraud and money laundering charges. Raphy was condemned to prison by a federal judge in Puerto Rico. They also ordered him to pay a $150,000 fine for his conviction for illegally possessing guns.

Raphy Pina was previously married Carolina Aristizabal, a well-known entrepreneur, was his wife. Despite having three children with his ex-partner, two sons and one girl named Mtia Pina, Chingui Pina and his ex-partner split in mid-2019. They were living a wonderful life till they were separated because of personal reasons. Meanwhile, reports circulated that Raphy and Natti Natasha were getting closer and dating in 2017. This could have been the spark for their divorce. Natii is a vocalist and a member of the Pina Records label. Although, after announcing their engagement in 2021, the couple became the talk of the town.

Raphy Pina is currently active on Instagram as @raphypina, with 2.8 million followers, 1,765 followings, and 3,137 posts. He’s also on Twitter, but mainly for commercial purposes, since 2009, under the handle @PINARECORDS1, with 578.7k followers and 1,560 followings.

Raphy Pina is a businessman who owns the Pinarazzi yacht company, aside from Pina Records. He has a $10 million dollar net worth which makes entirely through his talent, love, and dedication to Pina Record. Pina Records has flourished as a result of his efforts.