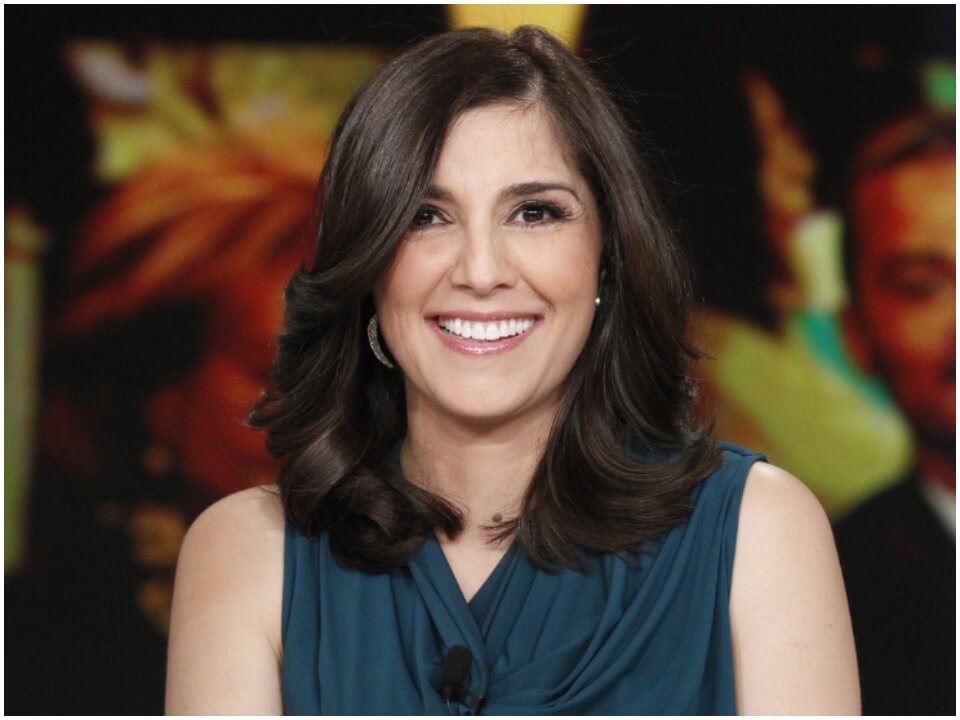 Rachel Campos-Duffy is a beautiful and successful American television personality who gained fame after she first appeared on the MTV reality television show called The Real World: San Fransisco. After appearing on the show, she decided to work as a television host. She is known to be one of the best hosts on ABC as well as Fox News. Recently she replaced Jedediah Bila for “Fox & Friends Weekend” as a co-host.

She made her first-ever appearance in Fox and Friends on Saturday 12th June 2021 along with Pete Hegseth and Will Cain. Thanks to her experience, Rachel quickly gained the trust of viewers, and she became one of the favorites hosts in the FOX network. Recently, she literally blasted the Biden Administration and their decisions regarding Vaccine mandates by calling it a “war on freedom”.

Rachel Campos-Duffy was born on October 22, 1971, in Tempe, Arizona in the United States of America. She is the daughter of her father Miguel Campos and her mother Maria del Pilar who were junior high school teachers in Chandler, Arizona. Rachel has two brothers and a sister named Patrick Campos, Joseph Campos, and Leah Campos Schandlbauer.

In 1994, Rachel appeared as a cast on the Real Word: San Fransisco along with her six housemates. She lived there from February 12 to June 19. The series premiered on July 6, 1994. Later in 1994, Rachel appeared in Road Rules: All-Stars along with a few casts of The Real World such as Sean Duffy. Rachel was one of the ten Real World cast who starred in the Wedding Video which was a 2003 film that was focused on one of the casts of Real World Norman Korpi. Duffy tried for the role on the television talk show The View thrice. She competed in an on-air tryout with Lisa Ling and Lauren Sanchez when Lis Ling was hired in 1999.

Lisa left the show in 2002 after which Rachel was seen competing against Erin Hershey Presley and Elisabeth Hasselback when Elisabeth was hired. After Elizabeth left, Rachel again competed for the spot but failed. During an appearance in the Fox News Program called The Ingraham Angle, Rachel defeated the Trump administration’s controversial practice on June 21, 2018. In 2017, Duffy praised Republican Congressional candidate Greg Gianforte from Montana who physically assaulted Ben Jacobs who was a reporter. Duffy claimed that there was fraud and shenanigans in the election without evidence when Joe Biden won the election against Donald Trump. Rachel will now be seen as a co-host of Fox and Friends succeeding Jedediah Bila who will make her first appearance on the show on June 12, 2021.

Rachel Campos-Duffy married one of the cast members Road Rules: All-Stars co-star Sean Duffy. The couple lived together in Ashland, Wisconsin. Sean in 2011, became the Republican member of the Congress for the 7th district of Wisconsin. In 2013, the couple moved to Wausau. As of May 2016, the couple gave birth to eight children and then welcomed their ninth child which was a daughter 2019 who was born with Down Syndrome. On 24th June 2022, her daughter Evita Duffy married her long-time boyfriend Michael Alfonso. This marriage was hyped so much as it was pre-planned for more than two months after Rachel announced this on her show.

As a television host and an actress, Rachel earns an estimated net worth of $ 500 thousand USD. Rachel earns this sum of money through her job on the television. She has been seen on her own television show called “Coffee Talk” and her work in Real World which is considered as the main source of her income. Rachel’s net worth is expected to increase after appearing on Fox and Friends Weekend.