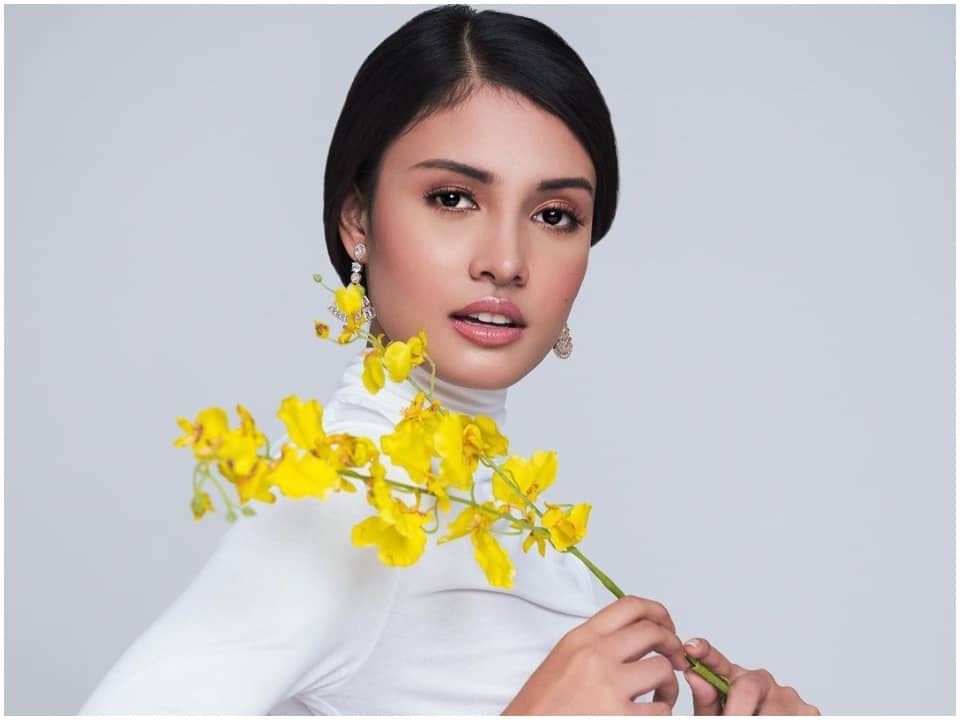 Rabiya Mateo also known as Rabiya Occena Mateo is a Filipino model, pageant holder, and educator. She has crowned the Miss Universe Philippines in 2020 as well as 2021 and currently representing her nation in the Miss Universe pageant 2021.

Rabiya was born on November 14th, 1996 in Balasan, Iloilo, Philippines. She was born to an Indian-American father Syed Mohammed Abdullah Moqueet Hashmi and Filipino mother Christina Mateo in a domestic partnership. Her parents later separated and she has since been living with her mother and she belongs to mixed ethnicity and follows Christianity. Her family faced a lot of financial troubles and thus she had to grow up in poverty. Rabiya has not shared much about her early education but it is believed that she completed her high school education at a local school in Iloilo, Philippines. She later went to pursue higher studies in medicine and attended the Iloilo Doctor’s College. Rabiya graduated with a Bachelor of Science degree in Physiotherapy with distinction (cum laude). She was highly intelligent and smart academically.

Rabiya started her career as a physiotherapist. She worked in the field for years until she finally became an educator and currently works as a lecturer, educator, and review coordinator at the SRG manila review Centre. She is highly dedicated to her work and feels empowered working as an educator through which she believes she can bring great changes in society. Rabiya became a model and beauty pageant holder when she first participated in the Miss Iloilo Universe 2020 which was held at the West Visayas State University’s cultural center. She won the title and qualified to represent Iloilo in the Miss Universe Philippines pageant in 2020. She secured her position among the top 16 semi-final contestants in the competition.

In the question-answer round, her answer impressed a lot of people and judges where she expressed how she felt empowered being an educator and lecturer and could definitely bring a change if she goes forward. During the event, she also won the best Swimsuit award.  She successfully reached the top 5 finalists and in the question-answer round, she again gave tactful, smart as well as intelligible answers which impressed judges and helped her win the title of Miss Universe Philippines 2020. Rabiya was crowned by the former titleholder Gazini Ganados. She then went on to represent the Philippines in the Miss Universe pageant 2020. She is set to bring the 5th Miss Universe title for her country after the recent win by Catriona Grey in 2018.

Rabiya came under a lot of media attention when a video of her apologizing to the nationals of the Philippines came up on social media. In the video, she had apologized to her country for her performance in the Costume round of Miss Universe 2020. The round was about representing the country through costumes which in which Rabiya could not qualify for the top picks of judges. She felt immensely guilty for her performance and publicly asked for an apology. She was later backed up by former Miss Universe pageant holder of 2018, Catriona Gray, also from the Philippines, who comforted her by saying that the Costume round was just a way of representing the culture of your country and does not play a huge role in the scoring for the final competition. Rabiya’s apology was shown on several news channels and she was comforted by the public and celebrities.

Since she herself grew up in poverty and turmoil, she always plays the first hand in helping others. She has been active in charitable activities and also the ambassador of the Department of education in her country and has led various projects like National reading month and AHA learning Centre. Rabiya also led a project named “Feed me and I read you” to help unprivileged children as a feeding program. She is also a volunteer for the Philippine Red cross and lends support during natural disasters.

Rabiya has not shared much about her personal life and relationships. She has always kept her personal life private from her professional life. It is known that since she was a single child and had a single parent, she is highly close to her mother. She is currently known to be in a relationship with Neil Salvacion. The two met in college and have been dating ever since. Neil is Rabiya’s first boyfriend and has been for the past six years. The two have not shared information about their relationship but sometimes post pictures together. Recently on her birthday, Neil posted a long post full of gratitude and admiration for his girlfriend.

Rabiya has been working as a physical therapist doctor for years and as a lecturer. She has earned a lot through her career in the medical field and also established a great reputation. Rabiya has sourced her major income through her career as a Physical therapist and lecturer. She also earned through price money of pageants and titles. Her net worth as of 2021 is estimated to around $600,000.