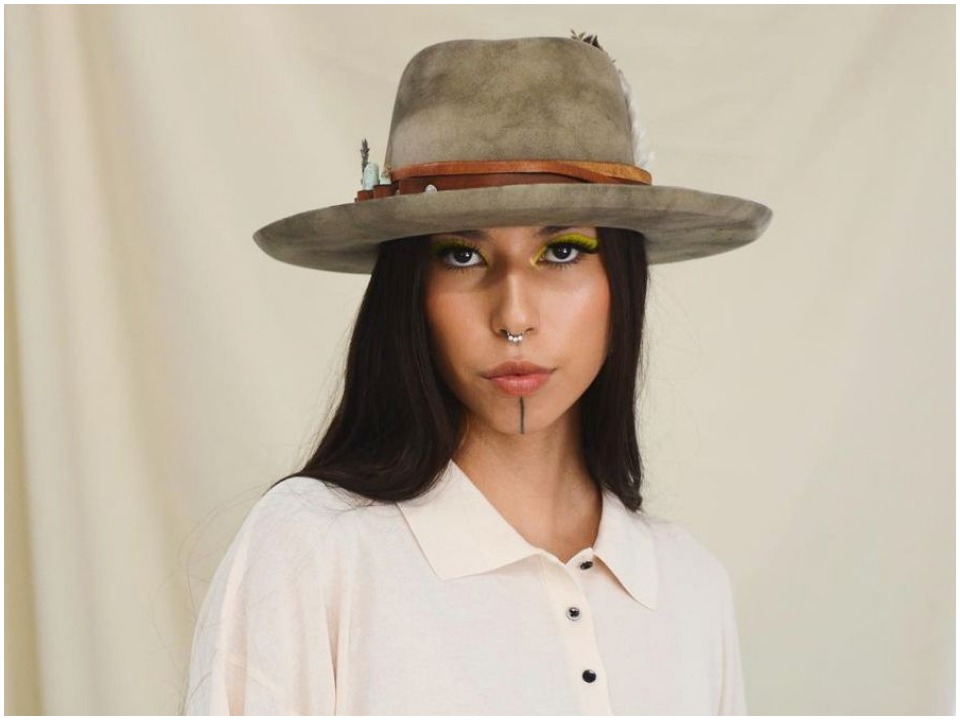 Quannah Chasinghorse is a well-known Rosebud Reservation, South Dakota-based Fashion Model, Social Media Influencer, Activist, Instagram Personality, and Entrepreneur. She is well-known in the country for her marvelous modeling abilities as well as her wonderful advocacy.

Quannah Chasinghore was born on June 7, 2002, in Tuba City, Arizona where her mother was studying at the time, Chasinghorse is Hän Gwich’in of Eagle Village, Alaska, on her mother, Eli Black’s side and Sicangu-Oglala Lakota of the Rosebud Indian Reservation in South Dakota on her father, Jody Joseph’s side. Chasinghorse grew up in Arizona, Mongolia, and New Mexico before returning to Alaska with her mother when she was six years old. She moved from Kenny Lake to Fairbanks.

Izzy Chasinghorse and Denali Black are the two helpful brothers she has got. Quannah was a student at Effie Kokrine Charter School in Fairbanks, Alaska. She didn’t come from a wealthy home, and she wanted to help her parents, so she put a lot of effort into her studies. She also focused on her ambitions for the future and took part in appropriate co-curricular activities.

Quannah Chasinghorse works for the Alaska Wilderness League as a fourth-generation land guard protecting the Arctic National Wildlife Refuge. She stated that she did not wish for future generations to be forced to go into war. She was a member of the International Gwich’in Youth Council when she was 17, and she traveled to Washington, D.C., New York, and Colorado. Quannah pushed against oil leasing that would harm the refuge and backed HR 11-46, a bill that would ensure the land’s permanent protection. Quannah took part in climate rallies both in her hometown and in Denver. She has spoken at a number of events and panels about climate action and indigenous rights.

Chasinghorse has always been interested in modeling and fashion, but she didn’t think it was a viable career option because of the lack of indigenous representation in publications and fashion shows. She was hired by Calvin Klein for their one future #ckone youth campaign in 2020. After that, she joined IMG Models. Since then, she has appeared on the covers of Vogue Mexico, Vogue Japan, and V Magazine, as well as being covered in publications such as Vogue.

She became well-known for her Yidtoo, or traditional face tattoos. Chasinghorse makes a point of encouraging sustainable indigenous products and appreciating indigenous fashion. Peter Dundas, Tabitha Simmons, Gucci Westman, and a family friend, 2006 Miss Navajo Nation Jocelyn Billy-Upshaw, put together the Navajo-inspired ensemble. She was dubbed the “breakout star” of the event by Refinery29. At New York Fashion Week the following week, she got the chance to perform her first runway walk.

Quannah Chasinghorse appears to be single and does not appear to have a boyfriend. Nothing about her love life can be found on the internet, and she has never publicly expressed her desire to be in a romantic relationship. Chasinghorse is a 19-year-old horse.

Quannah Chasinghore is a successful model who earns a solid living. She mostly concentrates on her modeling career in the fashion industry. Quannah Chasinghorse’s net worth is estimated to be $3 million dollars as a result of her professional career.